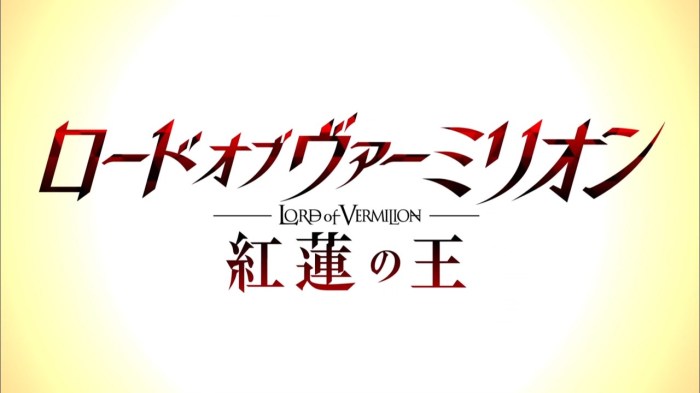 A mysterious ringing sound has suddenly knocked scores of people out across Tokyo, while blanketing the city in a red mist that has cut it off from the rest of Japan. Chihiro is one of the victims, and the last to awaken after five months.

This is the very definition of complete boilerplate shonen trash, but despite that I found myself rather enjoying it if I’m honest. Part of that is ironic of course, as you might guess from the extremely ’14 year old’s note book margins’ character designs, but I do think that Lord of Vermillion actually does some decent stuff that an awful lot of these urban fantasy shows tend to screw up. Most importantly, it largely takes its time and use the runtime of this first episode to lay the foundations of the story. Yes, there’s a lengthy flash-forward opening, but aside from that a lot of what we see here is mundane, character and world-building stuff that is unflashy but important in establishing atmosphere. The script does a good job of seeding the mystery and wisely holds back any real action for the closing moments of the episode. Will it go anywhere? Probably not, but it’s a cut above your standard eminently disposable action garbage, and that’s not nothing, in this season more than others. 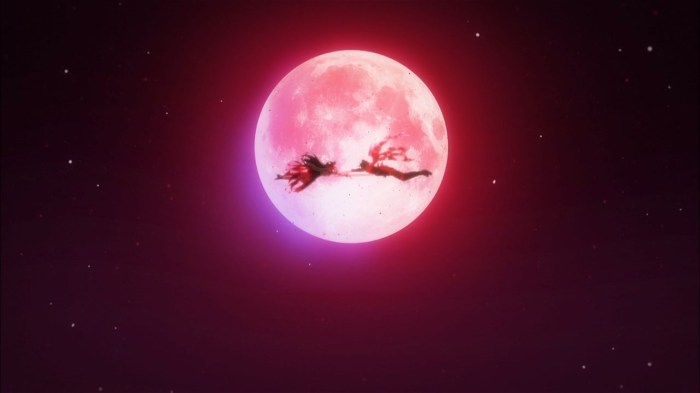 I enjoyed the first few minutes of this immensely, but that was almost certainly because we were just coming off of Happy Sugar Life and some dumbass shonen action garbage was exactly what I needed. After I had a bit of time for everything to adjust, Lord of Vermillion proved itself to be another one of Those action shows, totally devoid of any character of its own and just going down the checklist of an anime urban fantasy. There’s nothing featured that’s offensively bad, but there’s also nothing that’s particularly memorable. I’ll completely forget this show exists within a week, and be none the worse for wear.