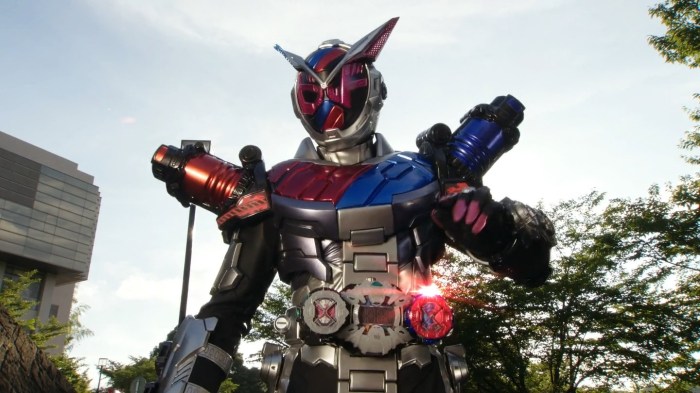 Another Build returns, forcing Geiz to fight a rearguard while Zi-O attempts to find the solution from Sentou and Banjou.

I think we were all pretty concerned after that first episode, but even in my wildest dreams I’m not sure I could have imagined that Zi-O would fall to pieces *this* fast. Let’s not mince words here – this episode was an absolute disaster on pretty much every level it could be, and has me extremely concerned for the future of the show. That’s a hell of a thing to say after only the second episode, so let’s break down a few of the reasons that this went so wrong.

The first reason, and the one which overrides all others, is that the show simply cannot or will not treat its time travel mechanics with any degree of seriousness or commitment. Time travel is an incredibly powerful and intriguing plot device, but it’s potential to open vast holes in the narrative is basically unmatched. You’ve got to carefully keep all of your narratives in line, because the nature of a time travel plot means even a casual viewer will be thinking much harder than usual about whether everything fits together properly, and even a small discrepancy can be enough to discredit the idea. 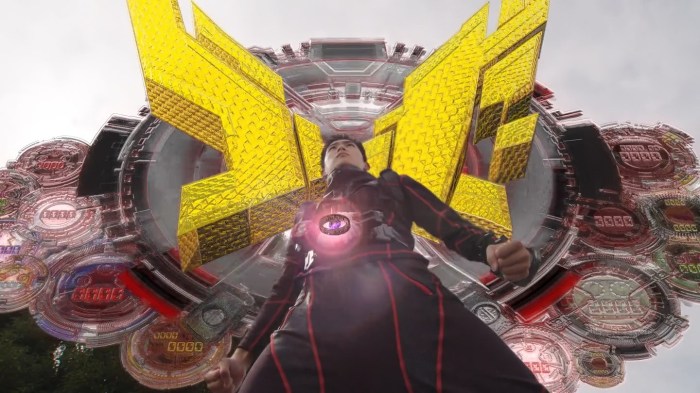 Zi-O therefore already starts off at a huge disadvantage, because Kamen Rider series’ were never meant to have any continuity between them, other than the extremely broad hand-waves which allow the questionably canon teamup movies to take place. Therefore, the entire premise of this episode is faulty to begin with – we’ve literally just finished Build and seen the entire Earth remade with a new history, yet Zi-O wants us to believe that not only did that never happen, but that Sentou and Banjou still became Build and Cross-Z in a world entirely devoid of the things which made them take up their mantles in the first place. There’s an offhand mention of Smashes, but why would Smashes exist in a world which never had the consequences of the Skywall, Faust, Night Rogue etc? There’s telling a story in broad strokes and glossing over some inconsequential details, then there’s this bulldozing of any and all past continuity. Sure it’s a kid’s show, but even kids are smart enough to know Build was about more than just the guys in the suits. At least Decade explicitly set its flashbacks to older shows in parallel universes ( well…mostly) to explain away a lot of the discrepancies – here we’re just expected to roll with it. Again, children aren’t stupid, and that’s not an excuse you can use to justify this shockingly poor writing. 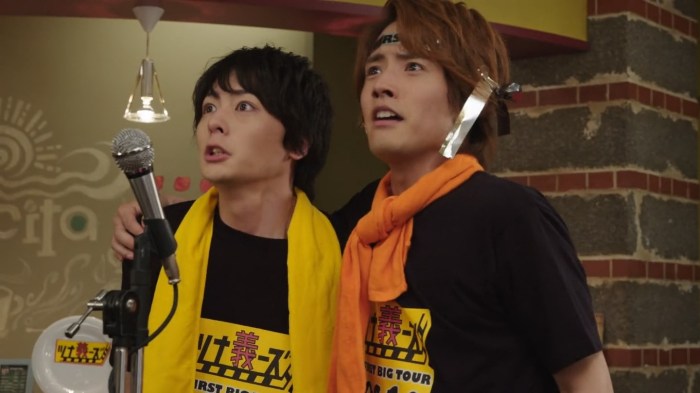 Speaking of shockingly poor writing, Zi-O commits another mortal sin by having things simply happen without any sort of reason or justification. Why does Another Build existing remove the original Build from the timeline? Why do Sentou and Banjou have no memories of being Build and Cross-Z, even though they were already well established in those personas before the point at which the Time Jackers altered history? Why do they randomly regain their memories long enough to gift Sougo a sweet powerup? Why does defeating Another Build apparently make it so Build never really existed? Any one of these might be something that could be overlooked alone, but together they snowball into an unstoppable sense that the show is doing things and having things happening merely to fit the preassigned structure they’ve created, rather than the other way around. There’s so little link between cause and effect, between action and reaction, that it’s even easier than normal to see the very basic skeleton that the show is built on, and it’s even harder to suspend your disbelief than usual. Plus, it’s just CONFUSING. If everything is so baffling after only two episodes, how much sense are things going to make after five? Ten? Fifty? 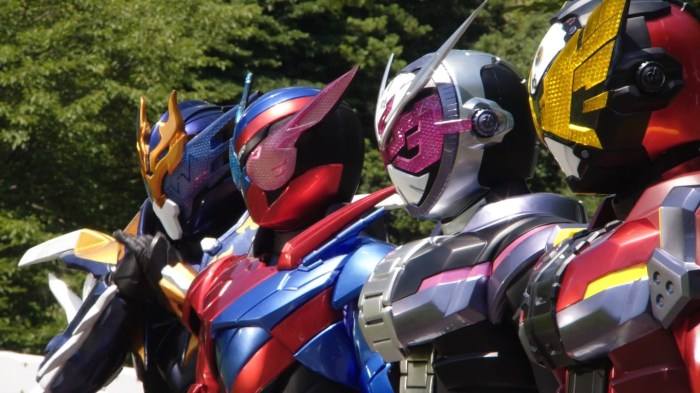 Even if you try to ignore the labyrinthine main plot, the show is falling apart on so many levels its difficult to know where to start. There are still giant gobs of horrible CGI, the action is extremely underwhelming, and the finishing attacks are impossibly lame and heavily CG ‘enhanced’ in a pretty offputting way. Almost none of the characters are interesting, show any signs of personality, or display any qualities to make them likable, though to be fair there’s so little time devoted to character work that even the best writer in the world would have trouble wringing meaningful development out. The acting is near universally awful – So Okuno as Sougo is the blandest slice of everyman possible, while Shieri Ohata looks incredibly lost and out of her depth as Tsukuyomi. Worst of all is Gaku Oshida as Geiz, who combines drama-school level emoting with the kind of whiny, spoiled rebel character who feels ten years out of date. About the only person who seem to be having fun is Keisuke Watanabe, who brings a sly, knowing charm to his portrayal of Woz. Rihito Itagaki isn’t awful as Wool either, though I can’t work out how much of his extremely bizarre characterisation is deliberate. Also seriously, dude looks like he’s about 12 years old.

It’s always tough to lay into a show so early, because I’m always willing to give the benefit of the doubt and give a story room to grow. This episode was so bad and so confusing though there’s not really an appropriate reaction other than to thoroughly excoriate it. ZI-O started off bad but this was one of the worst toku episodes I’ve ever laid eyes on, and there needs to be a very VERY rapid improvement in quality if there’s to be anything of value gleaned from the series. 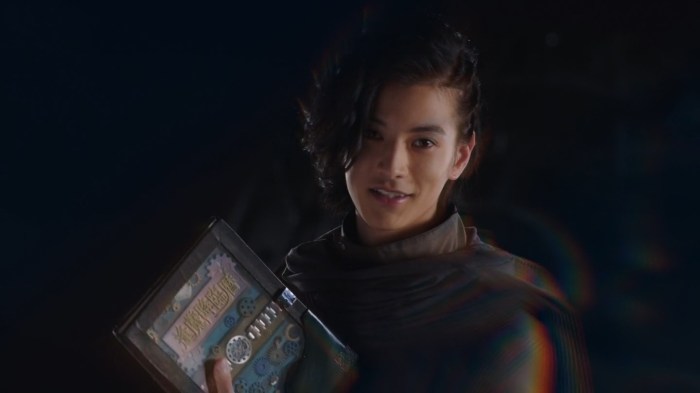