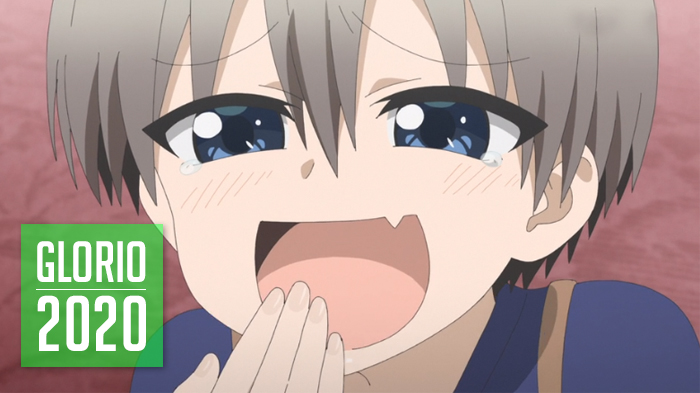 We can finally say good bye to 2020, but before we move on we’re going to take a final look at the best shows of the year. If this is your first time joining us, our Top 10 list is based on votes from the GLORIO crew using a weighted scoring method guaranteed to produce a 100% accurate list. Sorry folks, it’s just science. Here’s the list, and let us know what you think.

Artemis: Like everyone else at Glorio, I mourn the loss of what Great Pretender might have been. The potential of that first story arc never really materialized over the course of the rest of the anime, and given just how wacky, colorful, and energetic those initial episodes were, it’s probably not difficult to hold a bit of a grudge. However, I’d still argue that overall, Great Pretender is an entertaining show, albeit not the one we originally envisioned. Swerving often between humor, drama, and action, I’d say the series shines brightest when the emphasis is on the more light-hearted and spectacularly ridiculous fare, although that’s not to say there aren’t some surprisingly nuanced moments to be had here and there – it would be a mistake to say that Great Pretender is all comedy and no heart. I’d also be remiss if I didn’t mention the show’s highly stylized artwork, which has a very city pop air with its wonderfully playful vibe and vivid, almost surrealist color palette. So yes, while certain story arcs are undeniably better executed than others, this title is bound to cure your boredom one way or another. I’d recommend giving this Netflix-exclusive a whirl. 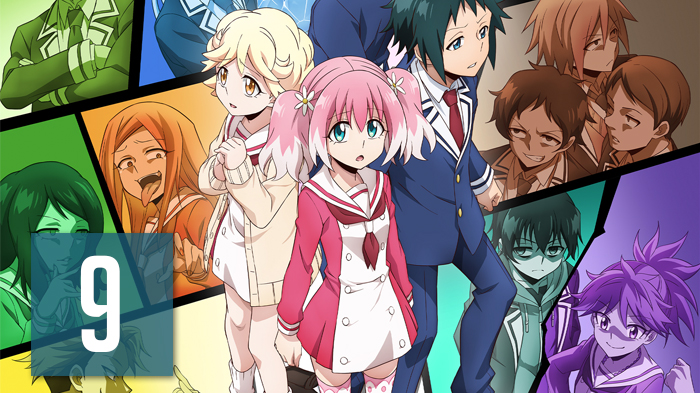 Jel: It’s hard to sell a series that’s better the less you know about it, but I’ll try: Talentless Nana is not quite what it seems. It’s a fun and clever mystery thriller that kept me guessing more than any anime in recent memory. The author is always several steps ahead of the audience, stringing you along with narrative sleight of hand that kept me hooked until the final moment. Anything more than that would risk spoiling the fun, so go check it out and see for yourself.

Euri: You’d be forgiven for immediately assuming the worst when discovering that the creator of Sayonara Zetsubou Sensei wrote a story about a pervy mangaka trying to keep his day job a secret from his young daughter. Kakushi Goto (the mangaka) certainly has some Itoshiki-sensei in him, but make no mistake – this is a wholesome story about a single parent that truly wants the best for his kid. There’s plenty of laughs to be had between Goto’s repeated misinterpretations and how he drags people into protecting his daughter’s image of him, but by the end it’ll likely have you sobbing into a nearby cushion. Despite a rushed latter half Kakushigoto remained a clear standout this year, and I’m very curious how the upcoming movie retelling will fare now that the manga has ended.

Zigg: It’s fairly rare that we get an anime original with both looks and smarts, so it’s hard not to love DECA-DENCE. A vibrant, well-drawn post apocalyptic tale that was turned on its head with an astonishing second episode twist, this one almost has it all. Smart, incisive writing and social commentary that very much captured the mood of the moment blended well with robust animation and terrific fight scenes with dazzling anti-grav choreography. It also boasted on of this year’s most likable casts, and in core duo Natsume and Kaburagi a mentor-and pupil, makeshift father-and-daughter double act for the ages. Only a somewhat lacklustre and overly safe ending prevented it from scaling the upper half of this list, but it’s still a fine, handsome, and gripping story, which is always welcome around these parts.

Iro: After a string of poor performances, Kamen Rider Zero-One brought in the Reiwa era with a solid return to form. Unlike Ghost, the plot had a solid through-line. Unlike Ex-Aid, the theme and aesthetics supported the production. Unlike Build, the villians were varied and had easily understandable motivations. Unlike Zi-O, the characters were entertaining and had good rapport. It has a proper balance of drama and comedy, and even after losing several plot critical episodes to the COVID outbreak, Zero-One bounced back and managed to jury-rig a solid conclusion from disparate plot threads and existing assets. While it didn’t break any new ground, Kamen Rider Zero-One was a reminder that these shows actually can still be fun.

Artemis: While it may not have been the greatest year for anime, it seems to have been a surprisingly decent year for anime-originals – and it speaks very well of ID: Invaded that despite airing back in January, I have such a strong impression of this particular one nearly a full year on. True, that may be in part because genuinely good detective anime seem to be so few and far between these days, but with its unique concept and bold execution (and yes, that includes its occasionally bizarre yet extremely catchy music choices), ID: Invaded is nonetheless well worth a mention in its own right. The show is honestly a little slap-dash to be perfect, particularly when it comes to the latter half, and I get the feeling that it’s neither as smart nor as nuanced as it probably thinks it is, but then again, it also ended up exceeding my initial expectations to the point where I’m not sure I really cared. A subtle and complex examination of the inner workings of a serial killer it ain’t, but ID: Invaded is still somehow the detective anime we didn’t know we needed in 2020, but that we most assuredly deserved.

Euri: Congratulations to Kaguya-sama for entering our top ten for two years running! The second season really hit the ground running, wasting no time on reintroductions and instead jumping right back into what we loved in the first season. On top of that, we got some substantial development by way of the Ishigami redemption arc and the introduction of Iino to the student council. There are 24 total episodes across both seasons, and there are very few comedies that run as long as that and don’t start to wear thin, whether its the formula getting stale or re-treading of old jokes. Kaguya-sama, to me at least, is still incredibly fresh, and I can’t wait for more. Alas, season three isn’t due out next year, so unless the upcoming OVA is really good, we might have to wait until 2022 to see if it can break our top 10 once again.

Gee: I think it’s easy to look at something like Dorohedoro and assume the worst of it. It’s violent, ugly, and not afraid to get in your face. But like its cast of loveable psychopaths, once you get to know Dorohedoro, you can’t help but be endeared by it. It’s an anime with a lot of heart and a ton of little things to like about it. Despite its aesthetics, it’s an unbelievably warm anime that just wants to welcome you to its bloody absurdist party. Mappa did a great job of adapting a pretty difficult piece of source material and making it work for the most part. It’s close to my platonic ideal of what an anime adaptation can be and I desperately need them to announce a second season. 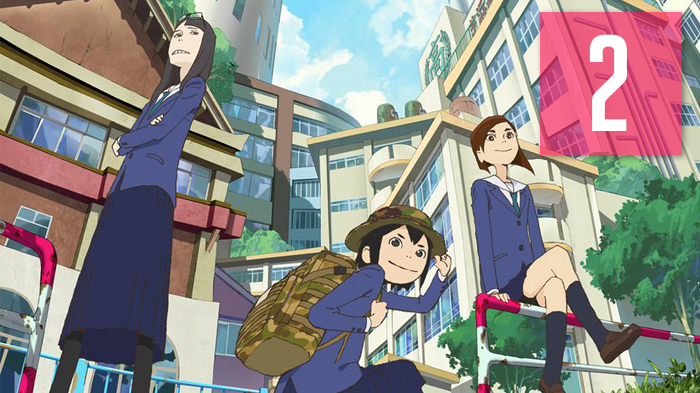 2. Keep Your Hands Off Eizouken!

Zigg: The greatest thing about animation has always been that it can do anything. You can take the raw stuff of your dreams and craft it into a vision that can be shared with everyone. That’s the beating heart at the centre of Keep Your Hands Off Eizouken!, a testament to the need to let those dreams out and show them to the people around you. The show is both an example of that impulse, in the form of its incredible, almost poetic flights of fantasy, and yet also a dry, funny, cynical and yet heartfelt look at all the real world obstacles that stand in the way. Masaaki Yuasa and his incredibly talented crew keep Asakusa and crew’s feet firmly on the ground while allowing their imaginations to soar, and the end result is a story that’s often hilarious, never boring, frequently spectacular, and blessed with a little bit of magic.

Jel: There’s been a lot of talk about “cyberpunk” lately, and it seems many people don’t understand what that means. Akudama Drive has your back. Sure, it has the stylish neon capitalist nightmare setting and a cast of bold characters on the opposite side of the law. But it also doesn’t forget the “punk” part. The series evolves from a wild, over the top heist story to what essentially amounts to a call for revolution, specifically concerning the police. Adding that relevant message to what was already a supremely entertaining action series helps rocket Akudama Drive to the top of our list.