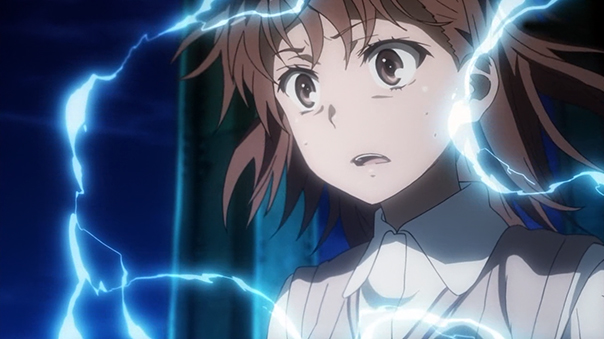 Recap: Touma pays a visit to the Tokiwadai dorms and discovers the details of the Level 6 Project. Mikoto has devised one final, desperate plan but Touma is determined to stop her from carrying it out.

Jel’s Thoughts: This episode didn’t do too much to address my concerns with the current state of Railgun. I was just saying last week how this story needs to wrap up, and a good chunk of time was wasted having Touma go over all the details of the Level 6 Project. I understand he has to find out, but we could have easily just seen him reading the papers and skipped ahead. There’s also the feeling of deja vu as this is several episodes in a row now that are complete retellings of what we saw in Index. I’m sure there are some people watching who have never seen Index, but for the many people that have it doesn’t make the pace any more bearable. 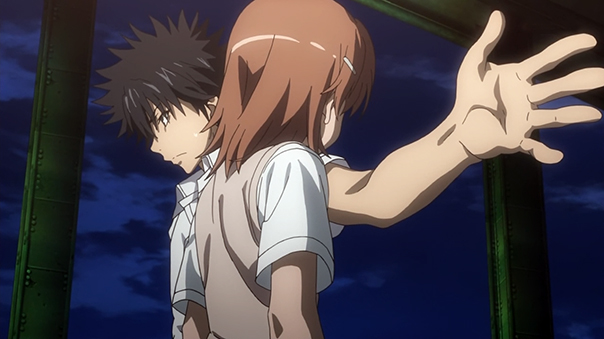 Despite those continuing concerns however, Railgun is retelling arguably the best arc in Index and it’s doing a better job of it. Touma and Mikoto’s confrontation on the bridge was a big turning point in the story as well as their relationship, so seeing it better animated, better directed, and better written was definitely a positive. I couldn’t help but cringe as Mikoto tried to keep up her tsundere act when Touma first finds her, an appropriate response that I didn’t have the first time around. Overall, just having experienced both of their points of view made the scene much more effective.

It also looks like next week we’ll finally get Touma’s fight with Accelerator. I appreciated in the bridge scene how Touma doesn’t say STAY HERE WOMAN, I GOT THIS, but says let’s do this together. As I’ve mentioned before, I am curious how they are going to play out Mikoto’s role in the fight, and so far they seem to be on track to make her more than the crying damsel they specifically mention. 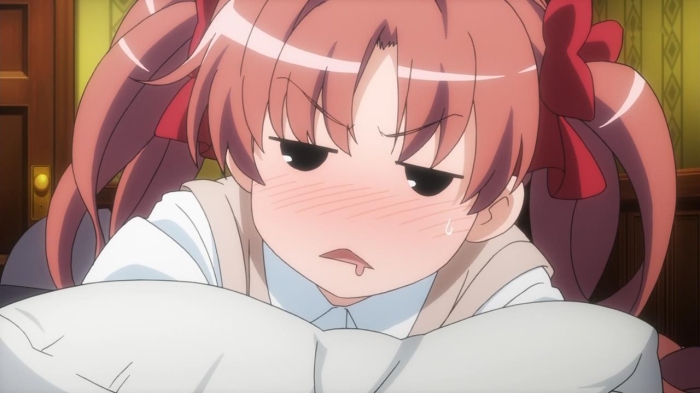 Zigg’s Thoughts: I’m sort of torn here. On the one hand, this episode is filled with so much stuff I wish anime would give us more of. There’s such a strong emotional depth to the confrontation between Mikoto and Touma, and a sense of genuine drama with real stakes in play. It’s nice to see a show confidant enough to devote such a lengthy segment of time to a conversation. I regularly rail on shows that do massive talky exposition dumps, but the difference here is we’re not being force fed story, but instead seeing two personalities clash and expose the motives which drive those people. Any occasion a show devotes lengthy screentime to character development I’ll applaud. 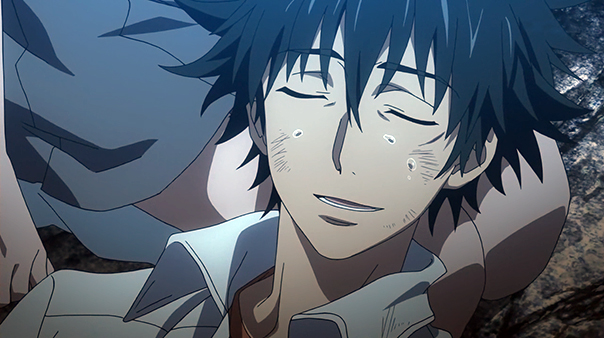 On the other hand, this is also all true for the scene in Index where this happened originally. I understand this is a linked universe and if you do a retelling there’s going to be some overlap, but the pervading sense of deja vu almost killed this for me. It’s better written, animated and acted here than it was before, but it’s not that much different. This is a criticism that only applies to myself obviously, but the increasing material recycling has begun to hinder my enjoyment of Railgun. While the Sisters arc has made for entertaining, fertile storytelling it might have been rolling on a little too long by now. I’ll admit however that I am nitpicking a little, as this was such a strong, emotionally satisfying sequence it’s difficult to resent it too much. I look forward to the fight next week and hopefully a little more deviation from what some of us have seen before.