Hello, and welcome to All Your Monies, where The Glorio Blog’s resident toy and figure collecting crew (and Aquagaze) will run down the last week’s new preorders, turning a loving or scathing eye over what’s been put out for you to spend your hard earned cash on. This week, HEAVEN OR HELL, LET’S ROCK!

Zigg: This figure is already a legend and for good reason. It’s an incredible sculpt of an extremely striking visual, executed with all of Alter’s typical flair and finesse and an exacting level of quality. I’d be all over this if she were wearing a few more clothes, as it is I’ll leave it to the tons of other people who are rightfully keen to snap her up.

Lifesong: Amazing sculpt and great paint job, but I am honestly a bit tired of seeing her. Still I am sure this is great news for anyone out there still looking to pick her up.

Timmy: Man, Dizzy is a real beauty and with someone as respected as Alter behind the helm it makes her even better. It is great we are getting a second chance and while she is a little pricey she is very much worth it. I’ll have to go through the budget and see if I can squeeze her in since she is one of those figures I have wanted but figured I would never have an opportunity to get for a reasonable price.

Jel: This is such an amazing figure, even seeing it a second time around. Not only is it a very creative, visually captivating design, it’s sculpted to a level of quality that is high for even Alter’s lofty standards. I’ve always kind of wanted one myself, even though I’m not enough of a Guilty Gear fanatic to shell out the cash for it. If you missed it the first time around, grab it now while you can.

Zigg: It’s a better Miku. Oh sorry, you were expecting more? While it’s difficult to criticise the actual figure itself, which has some lovely detail and some really cool accessories, I’m honestly tired of more and more slight variations on the Miku theme. There’s a world of cool characters out there who could have taken this slot. Where’s my figma Chiyo-chichi Max factory?

Lifesong: Someday I may actually buy a Miku, today is not that day. This Figma does looks pretty great. I love the attention to detail on her clothing. I do like Miku, but I am bit apathetic to seeing her in figure form at this point.

Timmy: Pretty good revision actually. She has a better face and much cuter expressions this time around, and the silver uniform and slightly transparent hair both look great. The extra accessories are also a nice touch and I assume if they attach the way I think they will you will be able to use those wings on other figmas as well.

Jel: If you somehow missed one of the multiple Miku figma re-re-releases, nows the time to grab one. The guitar and angel wings (???) are nice additions, as well as the shinier outfit and translucent hair. Certainly not enough to get me to buy another Miku, but hey, GSC’s gotta pay the bills and I’m sure there’s plenty of other people out there still clamoring for their own.

Zigg: This though, this is something I can get behind. It’s an absolutely fantastic version of Strength with perhaps the best crazy face I’ve ever seen on figma. Then there are those colossal arms, which are individually poseable and look to be a fantastic piece of sculpting. Yes, she’s predictably very expensive but I find myself tempted nevertheless.

Lifesong: Wait this isn’t a rerelease? Aren’t people tired of these yet? Maybe it’s just me, but I’ve never been a fan all the black on this set of figures. Yes I know it’s called Black Rock Shooter, but that doesn’t mean I have to like it.

Timmy: I have passed on everything BRS after satiating my interest in the line with the original Nendo but I must admit Strength and those giant hands of hers looks really great. And they are probably interchangeable with other figmas so buy a bunch and have giant hands for everyone!

Jel: Everytime I forget BRS was a thing we seem to get a figma or nendoroid to remind me. Strength has one of the most striking designs of all the BRS girls, I mean who can say no to giant robot arms? The real question is, do you still care at this point? If so, I’m assuming you’ve already grabbed the rest of them and it looks like Strength will make a fine addition to your collection. 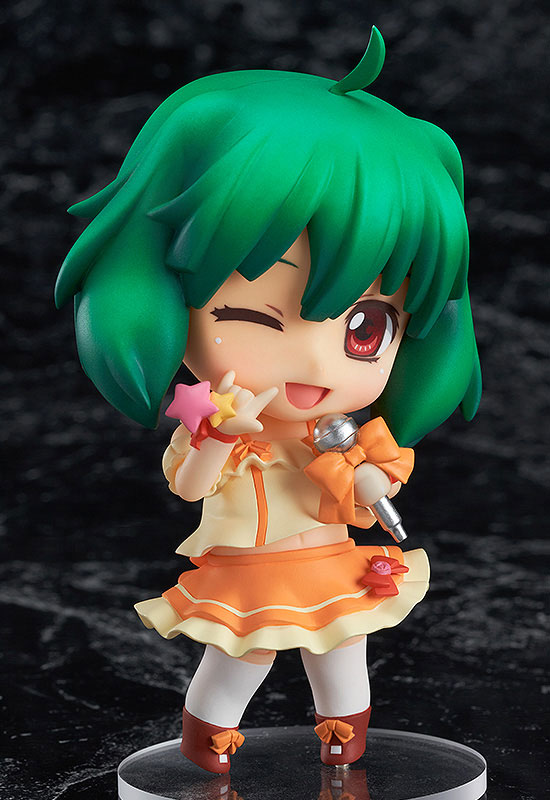 Zigg: Very cute and I’m absolutely in love with the very striking clash between her green hair and her tangerine outfit. As someone with a shameful lack of Macross knowledge I don’t know too much about the character, but it’s an adorable rendition and as i always say I’m very much down with more non-schoolgirl Nendos.

Lifesong: I love the color combinations on Ranka. IdolM@ster is all the idol I need on my shelf, but I will admit that Ranka is looking cute here.

Timmy: Cute but I feel this is a pretty low effort affair seeing as she is lacking in the extras department. The stuff she has though is great and she will definitely make a nice addition to any Macross fan’s collection.

Jel: Much like the Sheryl nendoroid, I feel compelled to buy this sheerly out of my love for Macross, but they really didn’t do much to make these very interesting. Sure this Ranka nendo is a perfect, adorable translation of her character but aside from the little “KIRA!” stars it just seems like they phoned it in. Can I get an alternate carrot head or something please? Ah, who am I kidding, I’ll probably still buy them both. 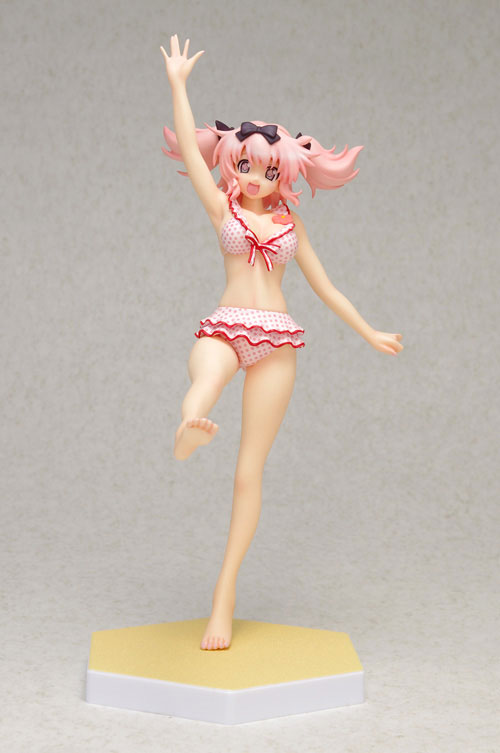 Zigg: OK, despite my distaste for the subject matter, this is actually pretty good. It helps Wave have deflated her boobs down to actual human proportions, and paired them with an energetic, attractive pose that negates a lot of the weird ‘living doll’ vibe figures of HIbari often give off. The combination of her hair and the polka-dot suit leads to a slight pink overload but this is generally way better than it needed to be.

Lifesong: Where is the bunny? Needs more bunny.

Timmy: Hibari was a really nice surprise and Wave did a wonderful job on her hair with special mention going to those awesome bangs, and her face with its very cute and energetic expression. Everything else about her from the pose to the “battle” suit (yes, there is a difference) is all well done as well and its great that they didn’t get carried away with her breasts like they easily could have. I do find myself pretty tempted but I plan to wait and see another Senran girl and make sure Hibari wasn’t just a fluke before I decide to get her and commit to the rest of the line.

Jel: I actually… kind of like this. Hibari looks like normal girl having a blast at the beach that just happens to have pink hair and clover eyes. Wave seems to be stepping up their game with the Beach Queens in terms of quality too, as they’ve managed to get her hair to look nice and little sculpting details like under her arms are actually… well, there. If you’re in the market for a Senran Kagura figure I’m assuming you don’t care (and probably prefer) that’s she’s in a bikini either, so this seems like a pretty sweet deal.

Zigg: She looks about five years old and ready for some sort of truly bizarre ribbon-bondage session. Add to that Griffon’s usual incompetence at crafting faces and the inflated price tag and we’ve got the worst figure to be featured on here in quite some time. Barf.

Lifesong: Griffon manage to bring Komari to life in a way I never would have expected from Griffon. Her flirtatious facial expression is spot on and the way she is tugging at her swimsuit accentuates that bit of her personality. Komari’s signature covered-in-ribbon look translates well into this swimsuit, it’s almost as if Griffon has some experience with ribbons and frills.*caughtouhou*

Timmy: Eh, I really do like the ribbons and sunflowers, but that is about it. Everything else just feels a little bland to me. That pose is partially covering up a somewhat creative swimsuit and that face just looks a bit boring. Pretty disappointing Griffon, especially considering how surprisingly nice your Vivired swimsuit girls have been turning out.

Jel: Something about the angle of this picture made me assume she was both naked and tied up at first glance. Upon further inspection (against my better judgement) I guess neither of those things are true, but it is still a little girl in practically nothing and that hand pose kind of suggests “I’m ready to be tied up now”. Point is, I want nothing to do with this figure.