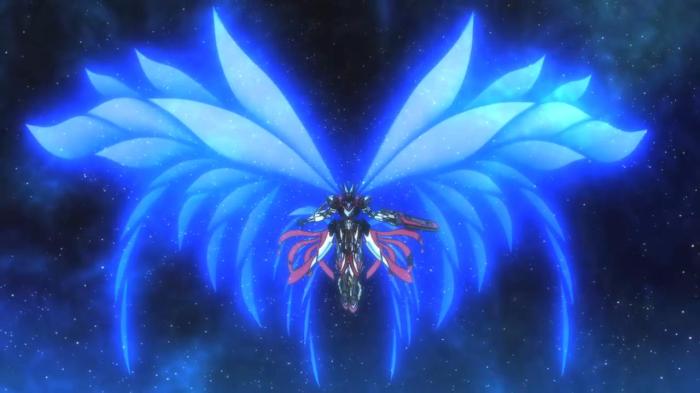 Recap: Izuru launches to the front lines, taking the last steps to become a true hero.

Iro’s Thoughts:
What’s to even say at this stage? The final battle hits all the notes you expect, because you can’t have a final battle without multiple try-fail cycles. They bust the shield on the gate, but then the lasers STILL don’t work, so of course it’s time for RAMMING SPEED and Simon steers the Star Rose to smash the gate. Izuru summarily launches Red 5 because everyone’s dead otherwise, and has a big dramatic duel with Jiart, complete with finally mastering and getting big Eva wings to fight with.

Anyway, the Star Rose explodes, Teoria saves Simon, and Izuru defeats Jiart by decoupling from Red 5’s armor for a surprise attack (remember wayyy back, when I said I liked how the mecha used parts? Payoff!). Interesting, the show remains rather ambiguous as to whether Izuru survived the battle or not, simply ending with everyone cheering as they assume he’s alive. I’m not sure if the show has the guts to kill the main character or not, but I guess we’ll also never quite find out, unless they expand on that sequel hook… 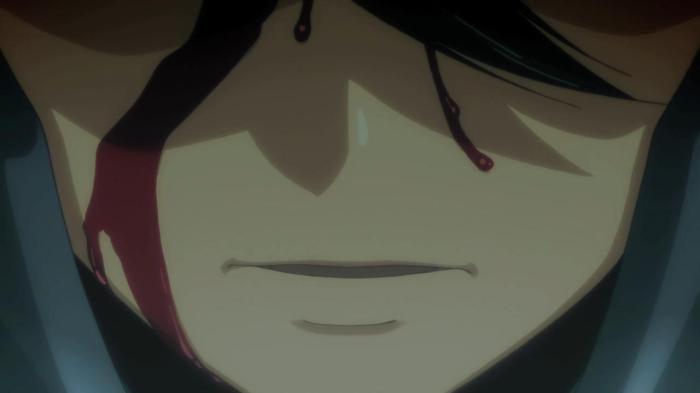 Majestic Prince is a bit of an odd one. It seems that most people dismissed it as a generic mecha show at (or before) the first episode, and it consequently went beneath everyone’s notice for pretty much the entire run. Not that any of those people were wrong, but MJP is at least worth watching. It isn’t an instant classic like Gurren Lagann, and it doesn’t do anything particularly groundbreaking, but by the same token it doesn’t do anything to cripple itself. From start to finish, MJP remained competently made and enjoyable to watch, avoiding the pitfalls of other anime. It was content to just be a good, solid show, and that’s something I can respect.