Hello, and welcome to All Your Monies, where The Glorio Blog’s resident toy and figure collecting crew (and Aquagaze) will run down the last week’s new pre-orders, turning a loving or scathing eye over what’s been put out for you to spend your hard earned cash on. This week it’s another strong set and one that actually has a boy show up! 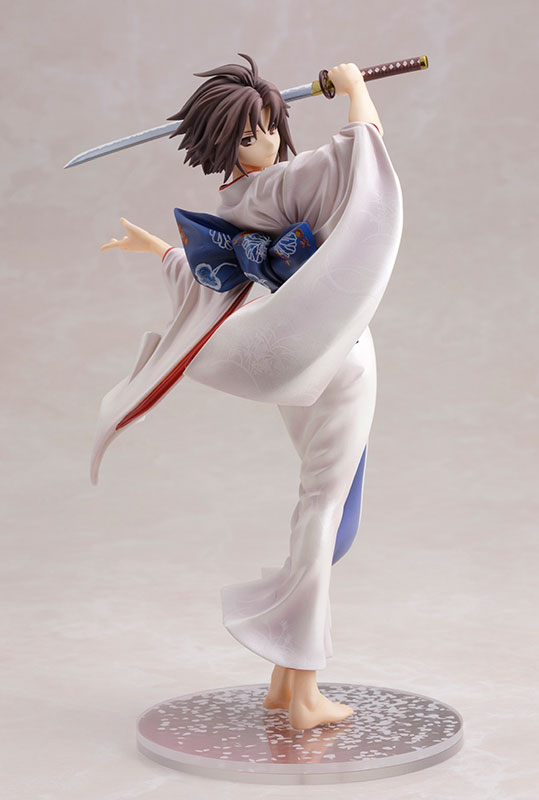 Zigg: Very smart indeed. I’m a little uncertain about the pose, as I’m not generally a big fan of figures who have their back to you. But I think it works in this case and the combination of the soft colours, sweeping cloth and general elegance makes this a very serene yet powerful looking figure. A real strong challenge to GSC’s iconic version.

Jel: This is a really pretty figure and definitely a challenger to GSC’s super classy version. The details on her kimono are stunning and the simple base adds a really elegant touch. My only concern is the eyes, which look kind of dead. Maybe it’s just the photos, but it almost looks like she has no white in them. The price also might be a touch high for a relatively straightforward 1/8, but overall it would make a lovely addition to your collection. 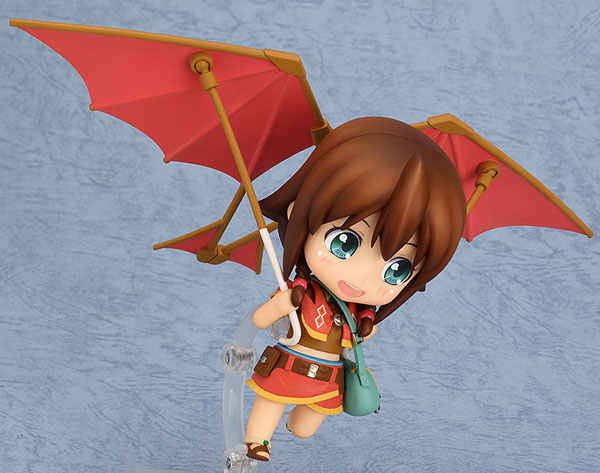 Zigg: Again, I’m always glad to see non-schoolgirl Nendoroids and I’m surprised at how well Amy’s tropical attire shrinks down to super-deformed size. She’s extremely cute, which is the primary function of all Nendos, and the glider is an accessory that really shouldn’t work in miniature but somehow still does. Price is a little high, and she still has those damn white cheek spots, but it’s a great effort.

Jel: Something about Amy’s detailed outfit makes me think the figma version works better, but man does she look adorable as a nendoroid. The accessories are well chosen as well. Aside from the obvious glider, her little pet thing and the laser carved flute are nice connections to the series. The face choices are pretty boring, but I’d say this is pretty much what you’d want out of an Amy nendo.

Zigg: This is how you make swimsuit figures good – make them interesting, pretty and thematically appropriate to the character. Melty’s big waist bows, black and white suit and giant hat really do help bring the spirit of her character design through, just, you know, with fewer clothes. She’s attractive without showing too much, has a beautiful colour scheme and the tiny Sorbet decked out in a rubber ring is a brilliant bonus. Very impressive

Jel: As our readers well know, most of us don’t care for swimsuit figures, myself included. However, if you MUST do a swimsuit figure I really appreciate when the designer puts some effort into interpreting the character in the their choice of swimsuit. I don’t know much about Melty, but I’ve seen plenty of her fully clothed figures. This does a fantastic job of translating her usual look into a beach compatible form. Add in her little familiar wearing an inner tube and Max Factory’s usual outstanding quality, and this is a really nice figure.

Zigg: Much as I have little interest in The iDOLM@STER itself, it’s prooduced some really lovely figures over the years. This is almost one of them, but it’s just a little too much for me. The overwhelming pink shock is probably to blame, along with the odd choice of a crop top. It’s otherwise a very solid figure, with a lovely pose and great hair and dress detail. Just not really my thing.

Jel: I have to say the Cinderella Girls thing has cranked out some really nice figures. While I was more impressed with Rin, this is still a really fun, attractive figure. I particularly like the face options, with the super cheerful, eyes closed face just brimming with joy. I’d also point out the hair looks fantastic with the carefully sculpted curls at the end. Hey man, if you’re into the idol thing, I say go for it. 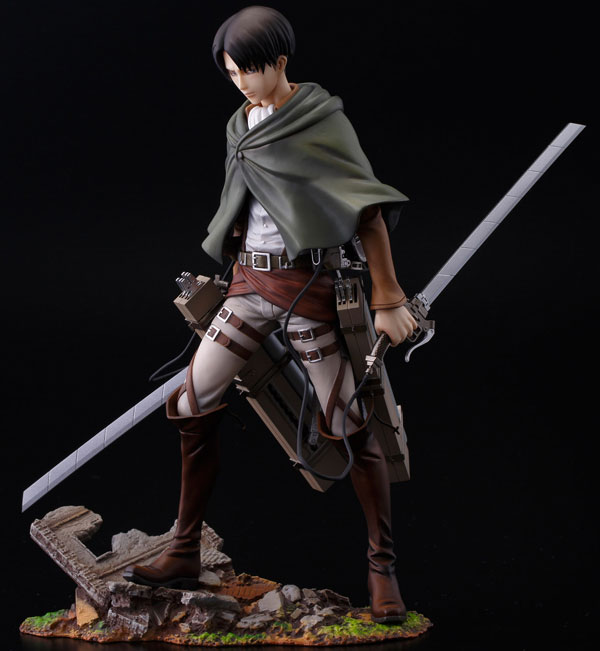 Zigg: This one is a bit of a conundrum, since Sentinel have produced some real stinkers of scale figures in the past. But this looks incredible, with outstanding detail work on the base, the clothing and the 3D Manoeuvre Gear. Predictably, this thing sold out like mad, so you’ll have to keep your eyes open for restocks if you want to snag him. It certainly looks to be worth it.

Jel: I mostly know Sentinel for their super pricey Gainax poseables, but after seeing Levi here I think they need to be in the static business. The details, particularly on his gear, are amazing. There even seems to be a certain amount of texture on his leather jacket. Even the price seems pretty reasonable, which was my only complaint about Sentinel in the past. Perhaps even more exciting for Titan fans is the fact that this is supposed to be the first in a series, so I’m looking forward to seeing more.