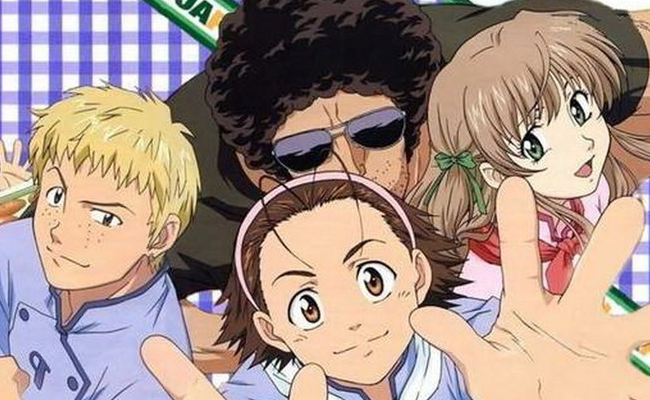 For those who have never heard of it, Yakitate!! Japan is one of the most ridiculous shounen battle manga you could ever think up. Kazuma Azuma is your typical hot blooded protagonist, he is so fired up his hands are literally warmer than the average human. This unique power gives him the power to fight… with bread. Yes, the story is about fierce competition in baking. After learning of his gift for baking, he spends most of his youth creating dozens of recipies in order to create the Ja-pan, a national bread of Japan.

None of this you really need to know in order to enjoy this ending though, it just illustrates how crazy this show is, and how understandably when such an insane show decides to end with a funky disco rap danced by a cgi afro-man. I could hardly believe it myself. With this one ending, even without the added bonus of seeing the hilarious and absolutely bonkers scenes that are replete in the show, I simply had to watch this show. A day later, I had found a rip of the complete song by Soul’d Out and started autolooping it. After a while I had realized I had been listening to it non-stop straight from the afternoon late into night, and it still wasn’t old. If it wasn’t for the fact that the video in question was taken down, I probably would still be listening to it right now. So, you’re welcome. Or I’m sorry. Probably both.