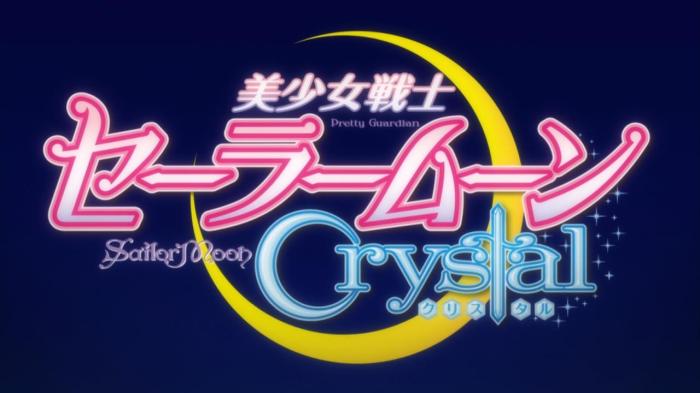 Usagi Tsukino is an ordinary 14 year old girl who’s clumsy and bad at her studies. One day though she rescues a mysterious talking cat and is granted the power to transform into the defender of love and justice, Sailor Moon!

It’s worth pointing out that Sailor Moon Crystal has a pretty major advantage over nearly everything else this season – it comes from unimpeachable source material. Naoko Takeuchi’s original manga is a classic for all the right reasons, and even just a pretty bare bones retelling would be enough to make a good show.

As it is, Sailor Moon Crystal does a pretty good job of what isn’t a very hard task. But there’s still a real sense of glee upon seeing this story in animated form again. It’s a good looking show too, despite my distaste for the slightly more gangly character design. There’s a flair to the animation and direction that helps move the story along at a brisk pace and a few enjoyable flourishes which give it a style of its own. Usagi remains an annoying character, but there’s charm and a sense of good humour to her brattishness, and Kotono Mitsuishi returns to the role with relish (although Usagi does occasionally sound a little old for an 8th grader). What’s so important is that the brattishness forms an essential part of her all-round makeup. She’s clearly not a bad girl, but at the same time by writing her flaws large it makes her much more realistic and relatable than the porcelain dolls who pop up so often in anime these days.

Time has not been altogether kind to Sailor Moon with many of the things it did to seem fresh and new now either accepted or, worse, cliched. But the core story is strong and keeps the factors which made it an all time great – engaging characters, glitzy designs and a polished shoujo storytelling aesthetic that imbues it with goofy glamour and romance without ever nearing the seedy audience pandering which intrudes into much of modern magical girl anime. We’ll have to see if this new version can really bring anything different to the table, but for now it’s a fine transposition of a classic story to the modern era. 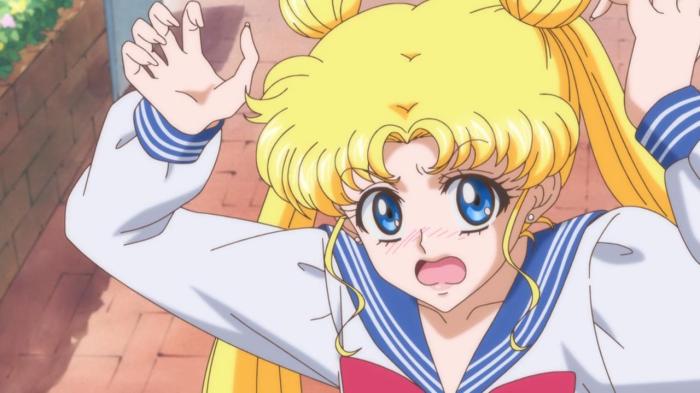 I have a tremendous amount of respect for Sailor Moon’s place in pop culture. While I wasn’t a huge fan when it first aired, it was the first series to make me aware of the term “anime” as I’m sure it was for many others during that time. Between that and having recently re-watched a few episodes of the original, my initial thought on the remake is “why?”. I tend to feel that away about most remakes, but I think it’s a valid question here. The original holds up quite well and I prefer the stylized, cartoonish tone over the pretty new cinematic presentation. With a re-release and new dub on the horizon, part of me wishes they would have left well enough alone and focused on reviving what they had.

That being said, this episode was lovely and there are a couple things I really appreciated about the re-make. First, I was pleased to see zero concession to the otaku crowd that have hijacked the magical girl genre over the years. The anime landscape is very different from when the original series aired and I could tell from details like the somehow even less sexualized transformation scene that the creators must have had that in mind. Perhaps the biggest improvement to look forward to will be brevity. The next episode title suggests we will already be introducing the next Sailor Soldier (or Scout or Guardian or whatever) and skipping a lot of filler, so that alone may make the new series worth it. I’m not sure I will keep up with it personally and I’ll probably always prefer the original, but in the end I’m happy to see so many people excited about Sailor Moon again. 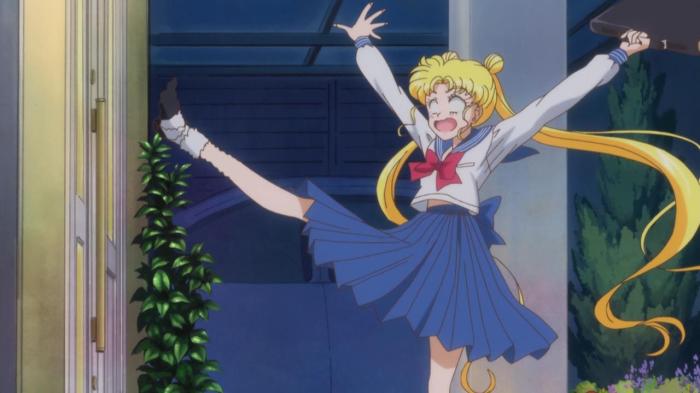 Talk about a vague, noncommittal verdict! In all honesty, I’ve never seen any Sailor Moon before I watched this episode, and I’m not entirely sure what to think. Crystal is allegedly a fresh retelling of the manga, and its age still shows even through the new coat of paint. It’s somewhat jarring to watch this now that I’m more used to modern anime tropes, and some of the things that were perhaps intended as jokes instead came across as painfully awkward. In particular, the scene of dozens of women scrambling for the chance to buy jewelry, and the scene where Usagi defeats the zombies via weaponized crying felt borderline offensive. It’s easier to write that sort of thing off in JoJo – where everything is completely ridiculous all the time – than in Sailor Moon, which is ostensibly being presented as a fairly grounded, straightforward story (apart from the whole magical girl thing).

As for the eponymous character herself, I found her to be incredibly annoying. She is acting somewhat believably for a bratty 8th-grader, but parts like the aforementioned weaponized crying and her complete acceptance of Luna upon being given pretty jewelry are hard to swallow. I’ve been told that she gets better over time, but I’m unsure of how much of that assertion is driven by nostalgia. There doesn’t seem to be any indication of that in this first episode (she has to be reprimanded by Tuxedo Mask and Luna to quit whining and actually fight, for example), and I don’t know how much of a nearly incompetent heroine I can take. At this point, I can only watch a couple more episodes and see how I feel later on. 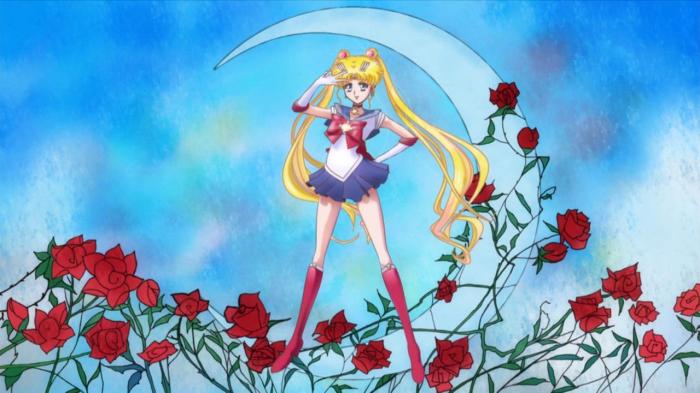 Marlin’s verdict: Not My Kind of Shoujo

I just can’t bring myself to care a whole lot about this show. I got cable too late to have been able to watch Sailor Moon on Cartoon Network, so there’s not even any nostalgia value to keep me with it. Usagi starts out as a wholly unlikable person, and nothing she does in the course of the episode makes that first impression any better. The voice itself is also somewhat grating, and considering this show is almost a complete monologue, that gets frustrating very quickly. Jojo‘s success proves that the classic formulas can still be entertaining, so watching Sailor Moon only to see its old magical girl antics as tired relics of the past was a real shame.

Let me get this out of the way, I’ve never watched any Sailor Moon before now. I didn’t grow up with anime and I actually feel pretty bad about ripping into someone’s nostalgic experience, but I’ve been asked to share my opinion as the guy here who doesn’t know Sailor Moon and that is what I am going to do. I came in not sure what to expect. I didn’t even realize that Sailor Moon was a show for little girls until I had finished maybe half the episode. What can I say, I’m not used to these things actually being for kids. This show has a big adult fandom though so surely it must have something to offer right? I couldn’t find anything to like.

I finished the episode feeling incredibly annoyed. Mostly annoyed at Usagi, who is dumb in a way that I care barely tolerate, but also just frustrated that I don’t get it. After talking with Timmy and watching some clips from the original I’ve noticed a few things that might not be immediately obvious to nostalgia ridden fans. All three of the clips I watched played out almost entirely the same as the original, but they lose nuance. Little things in the acting and directing are just gone. As someone new to this series I really hated Usagi. I’m told she gets better, but as someone who doesn’t already know what is coming she just gave me a headache. One thing in particular was watching her turn whining into a super power. I watched that clip in the original and there is a strange sense of mystery about this weird power. In this new anime they play it off like a called shonen attack. Little differences like those make me wonder if this new anime is really doing Sailor Moon. 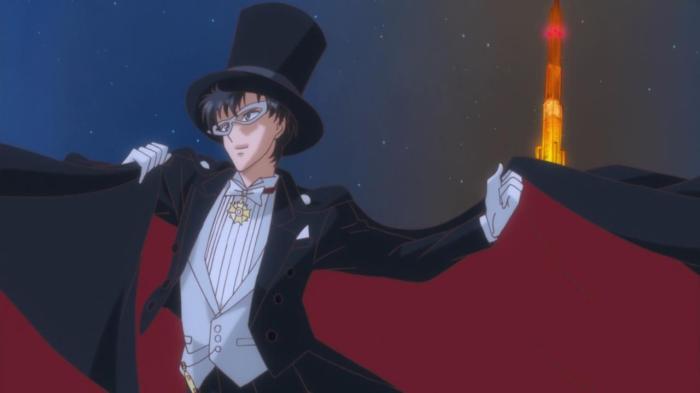 The post announcing the Sailor Moon remake was my very first post on this blog, and over the course of two years, Toei have done everything in their power to hype up Sailor Moon Crystal beyond the stars, only to turn most of the hype into worry and frustration when it became painfully obvious they couldn’t convert it into anything tangible. Now, the result is finally here, though it is an odd beast, a faithful remake that plays everything so safe it raises the question of why it even needs to exist. It does not feel like an overwhelming celebration of the beloved franchise, nor does it look like the fruit of two years of blood, sweat and hype. In fact, it sounds like Sailor Moon Crystal has all the characteristics of an over-hyped travesty. Yet there is one thing we’re not taking into consideration here… This isn’t just any anime, this is still Sailor Moon we’re talking about. And twenty years later, Sailor Moon still kicks a surprising lot of ass.

Sailor Moon‘s — and as such, Crystal‘s — opening episode is as cookie-cutter as magical girl plots go: clumsy girl displays a random act of kindness, which leads to her becoming a heroine for reasons hitherto unknown to her, yet as expected from a classic, the execution is a success. While nostalgia will help most get over some of the more infantile and dated aspects in Sailor Moon Crystal, the voice acting and snappy pacing make sure there is never a dull moment. Sadly enough, the outright appalling official subs do the script no justice, which is a pity given Toei’s extensive international distribution campaign for the show. The animation quality does not reflect the ambitions we were lead to believe this project would have either, though the gorgeous watercolour backgrounds are a huge plus. On the sound side of things, however, Sailor Moon Crystal is an absolute joy to behold, with an enthusiastic voice cast, exquisite orchestrated soundtrack and catchy new theme song by Momoiro Clover Z. It’s not exactly the spectacle we all wanted, but it gets the job done. 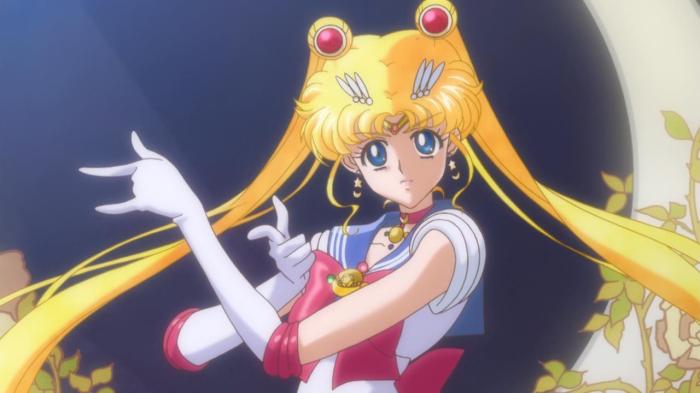 Of course, it’s hard, dare I say impossible, to watch Sailor Moon Crystal without regarding the franchise’s impact on the genre as a whole, but in essence, Toei isn’t hurting anyone by sticking to nostalgia-bait like I feel, say, Nintendo sometimes tend to do. Old viewers get to see their favourite heroines in sweet high definition, while new viewers get to discover why Sailor Moon is such an important show, however ‘outdated’ it might be. Crystal manages to appeal to both by trying not to fix what wasn’t broken. Usagi, in all her chaotic idiocy, was the Peter Parker of many girls in the nineties, and Crystal luckily makes zero effort to make her more appealing to the franchise’s periphery demographic. She’s still clumsy, bratty, dorky and whiney, yet oh so enjoyable all the same, making her still the perfect main character for a story about girls learning to stand up for themselves. And just in case the theme song didn’t teach you that already (“We are not helpless girls/Who need men’s protection”), that’s exactly what Sailor Moon is. Usagi and co. may seem boring and out of fashion after Madoka and Nanoha took the genre in different directions, but given the recent popularity of JoJo’s Bizarre Advenure, old-school might be exactly what we need right now.