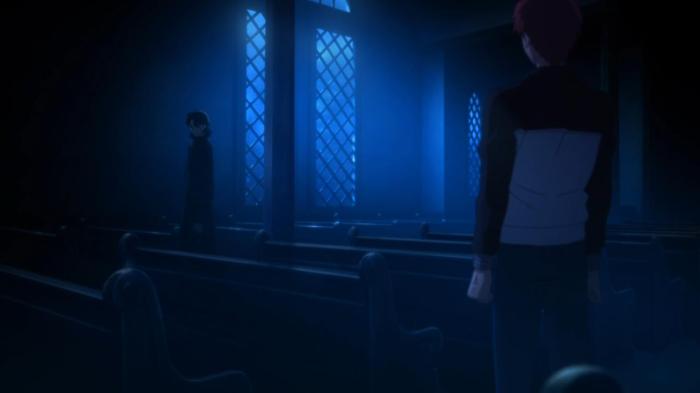 Rin takes Shirou to Kotomine Church so the priest can dump some exposition.

Well, for someone who watched Fate/Zero, this was an incredibly unnecessary infodump of an episode. After the last two, it seemed we had all come to an agreement that Ufotable was making this show as a continuation of its prior success, but now this episode just bores with a bunch of information we pretty much already knew from watching that series. That doesn’t help after the past four episode’s worth of content being 90% exposition and 10% cool fights. It also highlights how ridiculous the idea of Rin and Shirou remaining all buddy buddy is despite the fact that they were told several times they will have to murder each other to win. At least next episode promises to bring back the action, as we finally get to see Berserker and Illya. 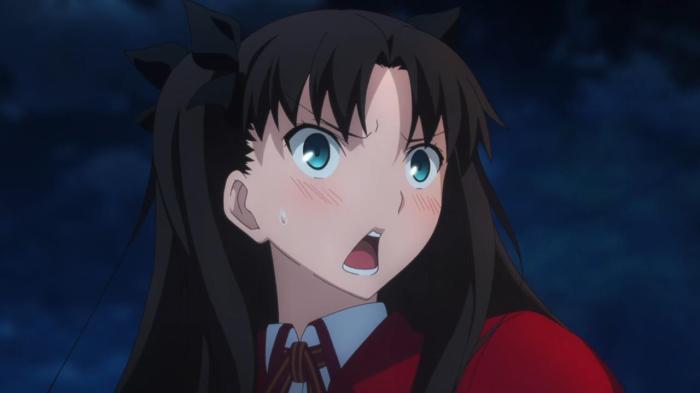 As ever, Fate/Stay Night falls down not when it comes to the ideas that are presented (which remain cool and compelling) but the manner in which it presents them. There’s an odd disconnect here, as if the show can’t decide whether it wants to be a standalone product or a true ‘sequel’ to Fate/Zero. As a result, the exposition we get is not only tedious but also oddly patchy, with certain areas drilled into in great detail and others skimmed over rapidly. It’s also worth pointing out that this is the third episode and it’s only now that we’re actually told what the Holy Grail War actually is, despite the fact we’ve already gone through nearly two hours of people talking about it.That’s clumsy, cack-handed storytelling and an indication of overly-slavish devotion to the VN.

Aside from that, there’s basically no way to slice it – this is pretty much people walking in circles delivering exposition, and that’s deathly dull. I wish the writers had found a more elegant way to deliver this dialogue, because some of it is necessary and it at least clarifies the stakes we’re fighting for. Ufotable at least keeps things visually interesting with their usual slick presentation and being inside the church gives them an excuse to go to town on cool lighting, but for the most part it’s still deathly dull. Wi5th the great tease at the end, hopefully we’ll get a significantly more action-packed episode next time round – we could certainly use one.