[Welcome to “A Very GLORIO 2014”, our look back at the best of the past year. We’ll be featuring a different post from each of our authors everyday leading up to our top 10 shows of the year. To start things off Jel fights off his inner cynic and lists his favorite anime moments from 2014.]

2014 has been a tough year to be a nerd. There’s been a lot negative energy surrounding the mediums we love as they go through some much needed growing pains and while I’m glad to see things slowly moving past catering to the usual demographics, the ensuing backlash has been exhausting to witness.

For me personally, it’s been harder than ever to avoid being cynical and enjoy the silly little hobbies – in this case anime – that I’ve loved for so long. But as I keep sifting through all the trashy otaku-focused power fantasies we get every season, I always, without fail, find moments that remind me why I keep doing this. Most of them are silly and light hearted, a few are even uplifting, but they are all so much fun that you can’t help but be happy watching them. Here’s my 10 favorite of those moments from 2014:

Engaged to the Unidentified Episode 3

One of my favorite parts of Engaged to the Unidentified was Mashiro’s precocious fussing over her older brother, as if she felt obligated to be the responsible member of the family. Her antics are probably the closest thing we’ve seen to an anime version of Yotsuba – at least before Barakamon aired – and her futile attempt to stay angry while her favorite cartoons came on was both hilarious and adorable. I dare you to look at that gif and not smile.

If I had to pick one moment that summed up the pure sense of fun you get from watching Rage of Bahamut, I would definitely go with Rita’s preferred method of putting Kaisar and Favaro back in their place. I seriously think they were drawing up storyboards for the episode and said “hey wouldn’t it be cool if Rita shot her hand out like an old giant robot rocket punch? Let’s throw that in!!!”. Even if things didn’t go EXACTLY that way, you can tell the creators are having a lot of fun with Bahamut and the feeling is infectious.

With all the other great shows that aired this year, Noragami has become an underappreciated gem. At the heart of the phantom slaying and troll faces is one of the most unique relationship dynamics ever, mixing Yato and Hiyori’s complicated will they/won’t they flirtation with Yukine tagging along as their adopted little brother. The final battle brings it all together in one key moment as Hiyori’s “favorite scent” turns the tide of the battle. Yato, who has always seemed very callous about his feelings for Hiyori, makes it clear where his priorities are and the series wraps up with both a cool fight scene and an adorable epilogue. If Noragami slipped under your radar as I fear it did for a lot of people, I recommend you check it out. 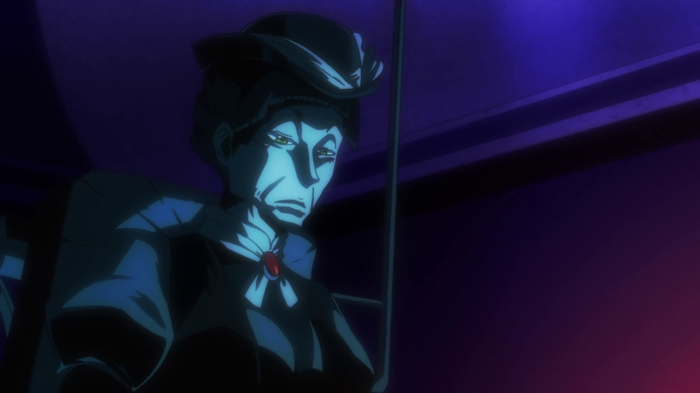 Aside from sounding like the greatest metal band name of all time, the fact that my description of this moment is a very, very literal thing in Nobunagun should tell you how insane the ideas in this series are. I seriously have no other way to describe it. We are asked to believe Florence Nightingale was wheeling around London in a chair equipped with a lantern capable of murdering people – and that’s before throwing in another twist on her identity that I’ll keep from spoiling in hopes that you’ll watch it. It’s a similar feeling to the moment I just described from Rage of Bahamut but taken to the next level, reinterpreting historical and mythological figures in the most bizarre and creative ways possible. Nobunagun’s unbridled imagination made me feel giddly like I was 13 again and managed to do so without insulting our intelligence, making it another sleeper series worth checking out.

6. Gotoh is the Captain of This Ship

Tonari no Seki-kun: The Master of Killing Time Episode 15

As much as I wanted to include the amazing Robot Family song here, I had to go with Gotoh’s wild interpretation of Seki-kun’s Paper Sumo Dolls of Despair. By episode 15 we had seen her imaginary perception of his relationship with Yokoi run off the rails before, but throwing in her crazy arm chair psychology makes it even more hilarious. The best part of all is she doesn’t seem to be totally off base – Yokoi and Seki’s relationship manages to be more interesting and adorable than many other anime RomComs without the title character ever saying a word. That takes some good writing and directing and Seki-kun totally pulls it off.

I’ve used this image of the Miou’s helicopter crew as much as I can because I want to make sure we always remember those brave men that sacrified their lives to… make sure the school never finds out that Urara dropped a deuce and broke one of the toilets in the girls’ bathroom. 2014 was a fantastic year for anime comedy but if I had to pick one moment as the “funniest” this would be a strong contender. It’s a perfect example of Sabagebu’s merciless, over the top sense of humor that makes it one of the most uniquely funny anime comedies ever.

4. Senpai Has Noticed You

The Kawai Complex Guide To Manors and Hostel Behavior Episode 8

Usa is a good dude. Sure he’s completely lost when it comes to his blinding infatuation with Ritsu, but for the most part he’s always there to support the cast of oddballs he lives with at the Kawai complex. So when the tables get turned by some nasty customers at Usa’s part time job and he’s the one in need of some backup, it’s rather satisfying to see his dormmates show how much they appreciate him. The best part is Ritsu’s unshakeable confidence, standing up to the bullies without needing Usa’s assistance when he tries to jump in. It’s a big step in their development, keeping their friendship on equal footing as they get closer to one another. Isn’t that what a good relationship is all about?

Kill la Kill is a crazy roller coaster ride. The moment Ryuko pulls her red yoyo wrist band for the last time is the final charge upwards from which the show never comes back down. As the opening vocals of Garnidelia’s “Ambiguous” kicks in and the rest of the cast begins mopping up Ragyo’s hordes of minions, you can’t help but leap out of your seat and cheer. The ensuing battle and epilogue makes the final episode of Kill la Kill one of the most triumphant and satisfying finales we’ve seen in a good long while.

2. Rainy Day at the Beach 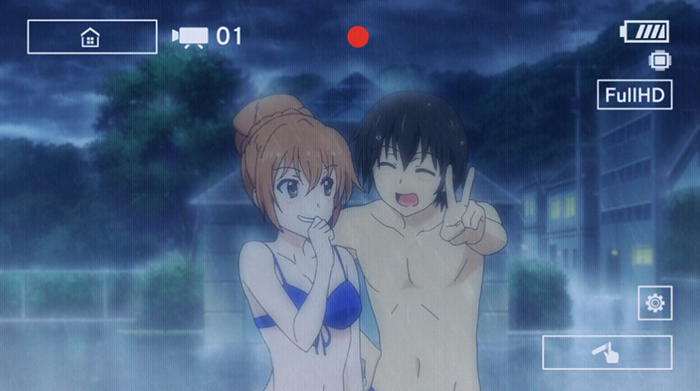 My favorite moments with my friends are when we are simply happy to be together. Where we are and what we’re doing doesn’t matter, in fact many our best stories start with something going wrong. Golden Time episode 15 nails that feeling perfectly as Amnesia Ghost’s passive-aggressive attempts to ruin Tada Banri and Co.’s day at the beach fail miserably. The mutual love shared between the friends is almost palpable and it makes the series’ next round of drama even more intense. It’s a great moment for letting us know that anime hasn’t driven itself so far down the anti-social otaku rabbit hole that it’s not capable of producing real, genuine feelings that anyone can relate to.

1. The Greatest Rooftop Confession of All Time

I could have made this entire list out of moments from Nozaki-kun so choosing just one was really hard. In the end I had to go with Waka’s unintentional rooftop confession as I don’t know if any moment in the series was as intricate, hilarous, and sweet. Normally this kind of romantic misunderstanding would drive me insane with frustration, but the combination of Waka’s adorable innocence, Seo’s playful willingness to keep up the ruse, and Nozaki’s brilliant straight man act – I seriously don’t think I laughed harder at anything than watching him writhe in pain from the irony of the situation – make this scene perfect in every way. Moments like this make Nozaki-kun pure bliss to watch and make me motivated to find more surprises like this. Now go watch this and all the other shows on this list!

8 thoughts on “A Very GLORIO 2014: Jel’s 10 Moments That Make You Want to Keep Watching Anime”