[Welcome to “A Very GLORIO 2014”, our look back at the best of the past year. We’ll be featuring a different post from each of our authors everyday leading up to our top 10 shows of the year. For today’s post, Euri tries DESPERATELY to get Jel to fire him, assuming the rest of the crew doesn’t murder him first.]

Christmas is a time best spent with your family, eating well and making online lists. This year, I’ve decided that instead of doing my own arbitrary list of likes and dislikes, I’d instead make everyone else’s. The following are awards by proxy, but I believe that I know each and every one of them well enough to make educated guesses on the awards they simply don’t have time to cover. Without further ado…

Fear, and Loathing in Las Vegas – “Let Me Hear”

Now I know what you’re thinking. You’re thinking that I am wrong, and that the Shingeki no Bahamut opening is far superior, and I’d even agree with you. But this isn’t my decision, this is what I believe Aqua would pick. The autotuned singing, mixed with emotional screaming, electric guitar and synths make for an exquisite amalgamation that truly builds up tension for the show itself.

The Colons Award for Most Engrossing Film Watched This Year

Beating Interstellar to the award is the most recent Dragonball Z movie, Battle of Gods. Colons watched this at Scotland Loves Anime this year, and as he’s told me multiple times, it was the stand-out favourite of all the films on show. The deep story and tactical display to take on a God completely suckered him in that he left the movie theatre thinking that there was a way for him to become a super saiyan. He especially liked the diversity of the important cast members.

The Dragonzigg Award for Figurine That Best Compliments his Coffee Table 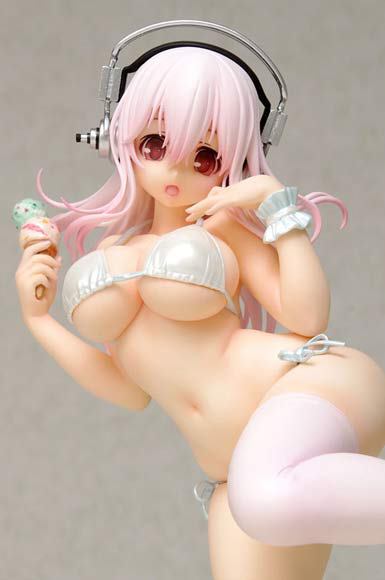 Zigg doesn’t just pick any old figure to add to his collection. The sculpt has to be interesting, the colours need to be striking and bonus points if it’s Cardcaptor Sakura. When it comes to coffee tables, you need something that stands out. You need the ‘art book that happens to be laying about the place’ equivalent so that guests can admire your tastes. Nothing is as visually striking as a Super Sonico figure, which is why I think this is on his list, if not already in the home.

Gee-man may very well be a gundam. His love for the giant robots fighting other giant robots genre is well documented, and when Gundam Build Fighters Try decided to destroy his favourite mobile suit, the rage was felt all the way over here in the UK. The sun turned black and the winds raged, not that many people noticed as they were too busy moaning about the cold. At any rate, there’s a high bar for other shows to shoot for, and Aldnoah.Zero did it this year. A firm recommendation from The Glorio Blog.

The Irothtin Award for Inspiring Protagonist in Anime

There’s no bigger fan of the Fate/Stay universe than Iro, so perhaps this award is a little biased. However, I completely stand by his [proxy] decision in that it was made with complete disregard for his own preferences. It’s all too common that male protagonists are dull, flat and stupid, but not here. No, Emiya joins the ranks of protagonists like Riki Naoe from Little Busters!, and whoever that guy was in Angel Beats.

When Timmy isn’t watching anime and buying figurines, he’s out doing stuff in the real world. That’s right, we’re tearing down all the stereotypes today, because not only does he have an actual real-life job, but he also partakes in a little extracurricular labour, too. Like Kenshiro at Bonfire Night, Timmy is out there fighting the good fight, or fighting the bad fire, to be more accurate. Danny Choo’s dream not-anime Chinka would therefore be the perfect show for him, should it ever be animated. Consider this a piece of future gazing.

The Jelx Award for Sequel that Outperforms its Predecessor

Everyone was sceptical when the second season of Chuunibyou was announced. With good reason, seeing as the previous season had wrapped up perfectly and with no real room for a sequel of any interest. The second season changed up the formula – it was no longer about Rika’s struggle, but about love rivalry. Fortunately for us, it’s the direction this series needed to go. Jel fell head over heels in love with Shichimiya, the bubbly rival-chuuni that has come to steal Yuuta away. I mean, did you see that sticker on her cheek? Adorbs. For Jel, the conflict and realisation of Rika’s love for Yuuta trumps the overplayed emotional struggle of the first season. 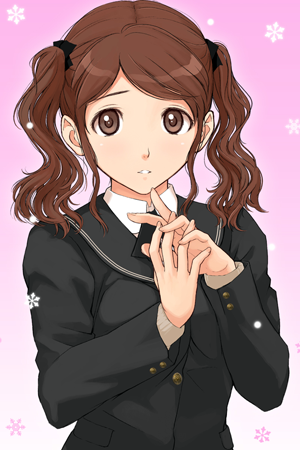 It’s no secret that there are a lot of Amagami fans writing for Glorio, and we’ve had many a heated debate about which girl is the best girl. I don’t care what you fools say, Miya is the best. Anyway, this isn’t about me, it’s about Marlin’s lady of choice. A strange choice for sure, but given his undeniable and illogical hatred for Kaoru “Sex Hair” Tanamachi, it’s perhaps not that strange. Ah well, to each their own.

The EuricaeriS Award for Pure Self Promotion

That one Japan video he made and wants you to watch

Yeah, basically this whole article is an excuse for me to pimp out my stupid Japan video. Maybe if you’ve got a spare 80 minutes, give it a watch? I eat a cake with chopsticks and everything.