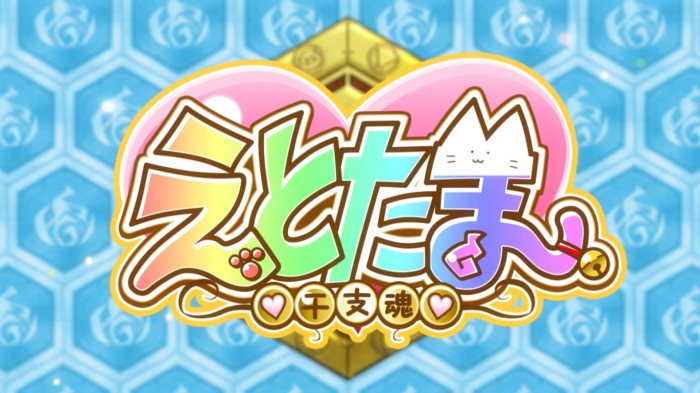 Manga adaptation by Shirogumi and Encourage Films
Streaming on Crunchyroll

Cats should be in the Chinese zodiac, therefore children flirt with adult men.

It is humbling to consider how much time and money has been spent making a show that is utterly unapologetic about being a child grooming fantasy. There is no pretence whatsoever. It is almost admirable for its flagrancy. Nya-tan, who wants to be a member of the Chinese zodiac, emerges from the floor of Shit Protag’s new apartment and immediately sets about flirting with him. The show continues as you would probably expect from there; Protag walks in on Nya-tan bathing. Protag comes home to Nya-tan bursting out of a box wearing only a few skimpy ribbons and proclaiming herself as a gift. She looks about eight, but of course is actually an ageless being from before time. Protag is a calm, blank slate, ripe for fan self-insertion. You know what this show is.

Later, there’s a transformation sequence. I know what you’re thinking, I thought it too: the only reason there would be a transformation sequence in this show would be because it’s an excuse to have Nya-tan writhe naked in a sparkly void for a few frames. We are wrong, though. The transformation sequence and the fight sequence that follows it are super cool and not at all gross. No panty shots. No nudity. No writhing. No moaning. There are, however, lots of cool slow motion punches and grabs, and a technically and artistically impressive 3D art style.

It’s kinda jarring, then, that after the fight it goes right back into being gross. There’s some fluff that completely neutralises all the conflict we had thus far been introduced to, and the episode ends. Nobody questions Protag’s suitability as guardian of the gateway to the realm of the gods. The preview for the next episode has a shot where someone’s face is crushed between some improbable mammary appendages.

You should not watch this show, but you absolutely should watch the transformation sequence and the fight. It starts at about 14’30”. You’ll enjoy it, I promise. 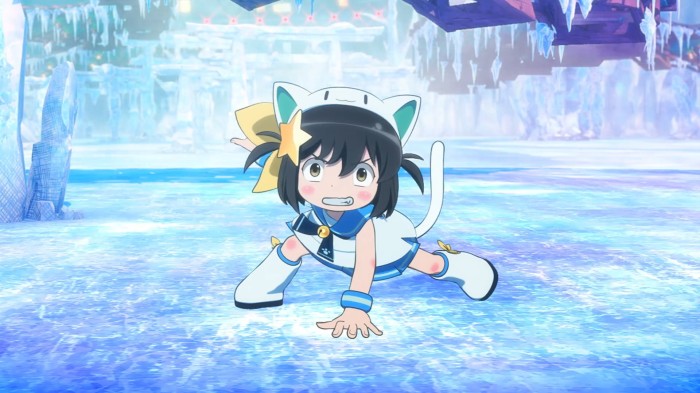 Between this and Show By Rock!! are elaborate 3D CG battle sequences with cute mini versions of the characters going to be a thing now? I’m not sure how I feel about that but Etotama handles it about as well as you could expect. Hilariously enough, the fight in the final third of the episode was possibly the most intense battle we’ve seen out of all the first episodes of this season. Perhaps as a result of a large portion of the episode being CG, the 2D portions of the anime look surprisingly slick as well, full of stylized flourishes and cute character designs by Akio Watanabe. It might be worth keeping an eye on this studio in the future, but unfortunately that is all the praise I can give Etotama. As colons details above, the rest of this is just gross otaku fantasy material and not worth your time. Too bad, this could have been a lot of fun.