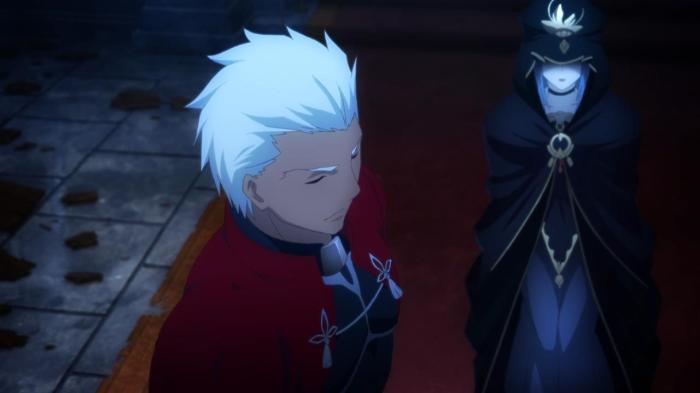 And we’re back! Archer defects to Caster’s side, prompting Rin and Shirou to seek out Illya for help. However, Gilgamesh reaches the castle first.

In all honesty, I expected Archer swapping sides to be the ending of the anime’s first half, seeing as how it’s the darkest hour for our heroes, but it serves as an effective (albeit hamhanded) way of kicking off the second season. Archer’s been played up as a villainous force for most of the show, so it’s not really much of a surprise, but it is a nice excuse to get some of the other side characters involved in the action, as we’ll be seeing over the next few episodes. Several of the upcoming battles are fan-favorites among the entire Type-Moon universe, so it’ll be nice to see if UFOtable gives them the proper treatment. 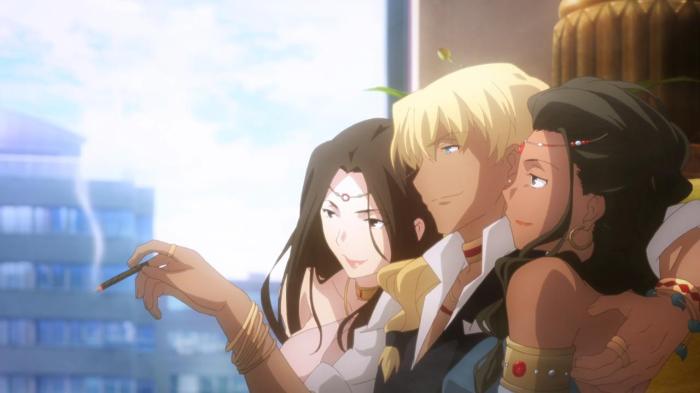 Spekaing of proper treatment, UFOtable seems to be starting strong with their anime-original content thus far, by having an extended flashback with Caster’s original Master. The VN had a flashback as well, but it didn’t go into very much detail, so this is the first time we’ve actually caught any glimpse of him. Fans have made their own interpretations in the past, but billing him as the same type of petty, self-important asswipe as Fate/Zero‘s Kayneth El-Melloi works pretty well for justifying why Caster would so readily betray him. There are also a few nods to people in the know, like Caster’s Master talking as if he knows Lancer’s Master – as far as he knew, Lancer’s Master was still Bazette, but Kotomine had already killed her by that time.

The other anime original scene is Shinji showing up at the Einzbern castle. In the VN, Shirou and Rin arrive at the tail-end of the battle and we just have to accept that Shinji and Gilgamesh showed up at some point. It’s slightly jarring to have a comedy bit with Shinji, but he’s such an ineffectual fop that it’s basically a joke every single time he’s onscreen. The entire scene is effectively a five minute transition into next week, but Sella and Leysritt are a decent nod to fans and it gives me hope that we’ll get a real spectacle next week. 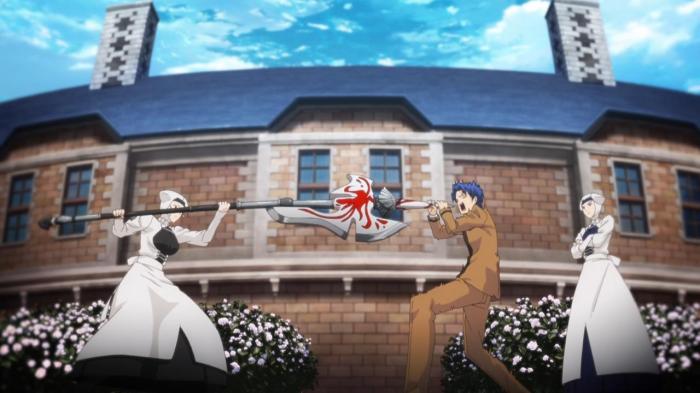