Stash away those pricey idol statues and your thirty amiibos, because we’re about to get cheap and nasty. Gacha! is your fortnightly (or thereabouts) look at the weird world of Japanese capsule toys. This week, we’ve got fried potato slices you can place into small plastic buckets. 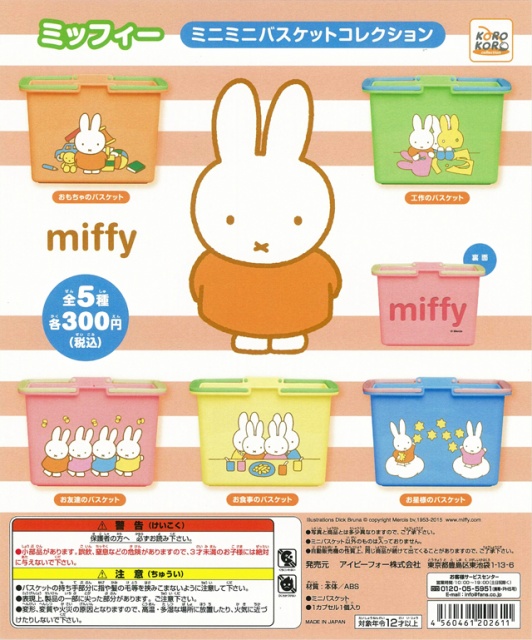 colons: I am always up for more stackable storage boxes, I am extremely fond of Miffy’s aesthetic, and these designs are adorable. Unfortunately, they’re gacha toys, which rather makes me question their usefulness. Perhaps you could use them for storing other, smaller gacha toys?

Euri: I just can’t think of what you’d want to use these for. Like, yeah, you could fill them with gachapon parts or Nendoroid limbs, but would you? It seems like you’d be better off just buying a jewellery box, or one of those plastic containers with built-in divides that people put buttons in. I bet fans of Miffy will be all over this, but they’re just going to sit on some counter somewhere. Maybe you could put Miffy in them?

colons: Japan has a knack for making convincing-looking plastic food; many restaurants have 3D replicas of their entire menu on display by the front door, and vending machines usually have models of the bottles for sale as the way you choose your purchase. If these photos are to be believed, these crisps are no exception, and I find myself really wanting a few of these. The fact that they are licensed merchandise for a real line of snacks, and they come with tiny replicas of the bags, only makes me want them more. I only worry that the holes are a little too close to the edge to be strong enough to survive life on a real keychain.

Euri: I’m way into these, and I don’t think I can give you a good reason why. One thing I will say though is that I’d ditch the keychain and replica bag, and opt in favour of a necklace instead. Preferably one of those uncomfortable brown lace strings you’d see surfers wear twenty years ago. If I’m going to have a crisp attached to my person, I’ve got to make a good show of it.

colons: The whole reason cacti as house plants are as popular as they are is that they require almost no maintenance, so here we have the logical culmination of that. I can’t tell if my primary reaction to this should be respect or pity. They’re nothing if not conceptually pure. And pretty cute, too.

Euri: See, while I’m sure most people will agree with what colons said about cacti being low maintenance, I’ve managed to kill one in the year I’ve been living in my current home. You don’t need to water them much, and you’re good so long as they’re not in direct sunlight, but it’s kinda hard to prevent and deal with sudden bouts of fungus. Granted the cactus was pretty large, but just a warning in case you think you can leave it alone and have everything be fine. This has been your weekly cacti minute.

colons: Here’s a rarity for this feature: a toy I actually own! I’ve got the orange one of these, and I can confirm that they’re pretty good. They’re solid but slightly flexible, so likely to stand up to a decent amount of pocket-crunch, and the painting is neat; they nicely capture the highlights at the end of the tentacles. The photo concerns me a little, though; the highlights on some of the other ones look wrong. The blue squid is supposed to have pink highlights, for example. I suspect quite strongly that that’s just a result of the promo images being hue-cycled variations of one photo, though, as the colours on my orange one don’t look the same as this picture either.

Euri: How am I meant to ask people if they’re a kid now or a squid now if we can only buy squids? Sort out this disgusting bias, Takara Tomy. 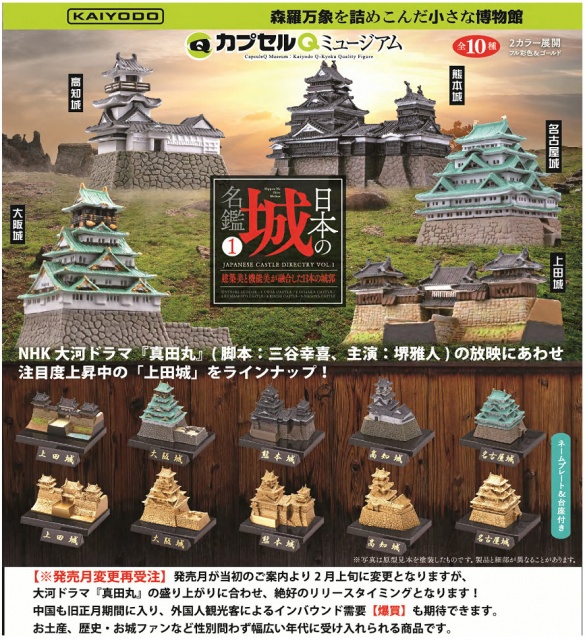 colons: The gold ones seem a bit weird, but I think I know someone with a lot of Godzilla figures who is going to be very excited about these.

Euri: I have no idea who colons is talking about but I might be up for using these in the sweet Ultraman X diorama I’m planning.