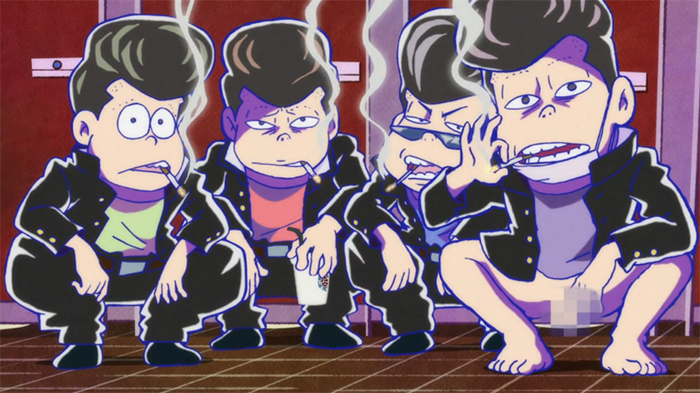 Pretty average week of mid-season episodes save for Dance With Devils pulling out its most amazingly ridiculous song yet. Can I write about it without referencing Ghost Trick or Tokyo Jungle? I guess not.

The Roundup is a weekly guide to all the “other” shows we’re watching this season. Check out our full coverage of:
Noragami Aragoto | One Punch Man | Mobile Suit Gundam: Iron Blooded Orphans | Comet Lucifer | The Perfect Insider

Artemis: Unfortunately another fairly lacklustre episode this week for Osomatsu-san. The second half was entirely taken up with secondary characters Dayon and Dekapan – and again, these guys just aren’t as funny as they presumably used to be back in the 60s – and the major gag of the first half fall flat right at the punchline. This one at least managed to make me crack a few smiles, mostly because I think just about anyone with several siblings could relate (and also because I have an odd fondness for Starbucks jokes in anime, for which I should probably blame Toradora). The scene went on too long to be particularly endearing though, and the climax just wasn’t worth the build-up. To be honest, I think by far the best part of this episode was that final minute at the end with the counseling room – it was short but snappy, and actually halfway clever.

Jel: I liked this episode quite a bit, but not because it was particularly funny. I guess the first part was kind of funny as I’m always amused by seeing how horrible the sextuplets can be, but the sheer absurdity and non-sequiturs set a mood that appealed to my weird, artsy side. I’ve compared this show to Nichijou before and I’ll bring it up again as there were a lot of similar vibes here, right down to the ordering from Starbucks joke. Is it laugh out loud funny? Nope. But it still makes a satisfying connection with the audience, whether it’s through humor or other means. Maybe that’s why it was so appropriate that the final post credits scene questions whether it’s fair to call Osomatsu a comedy. It feels more substantial than that. 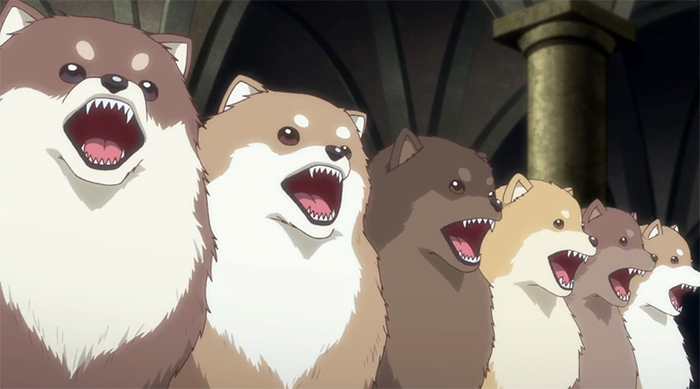 Dance with Devils – They are all doing a chant. This is 110% serious. I couldn’t make this show up.

Artemis: Well, that was… weird. I don’t even know what message to take from this episode, except maybe don’t trust Pomeranians? I mean, I’m a cat person anyway, so… yeah. Actually, maybe the more pertinent question would be, exactly how much agency does Loewen have? Clearly he’s got his own agenda going on, but he’s also only a servant, and one normally stuck (?) in the body of a small yappy dog who seems to spend most of his time being tormented by the ever-creepy masochist/psychopath Shiki. In either form though, he seems to derive a lot of pleasure from sniffing at Ritsuka and licking her neck, so I can’t say I have a whole lot of sympathy for the guy.

Jel: Osomatsu might be the best comedy of the season, but it has done nothing that made me laugh as hard as seeing Rem’s pomeranian turn into a cute boy and declare that he’s supposed to be Cerberus. Add in his song featuring rows of other pomerians doing a Gregorian chant and lines like “Should my canine body burn to ashes…” and it’s safe to say this episode was entertaining in the usual “how are they doing this with a straight face?” way we expect every week. On a less hilarious note, why is Rem so weak lately? In the first two episodes he was vaporizing people by simply waving his hand but this week he could barely hold off Nii-san, which raises another question: is Nii-san actually a vampire? Can you even be an exorcist vampire? These are all questions I must have answered.

Jel: This show has gotten so meta that I was just assuming Monochrome’s new cat friend was another game or anime tie-in. I couldn’t find anything after a quick search though. It all seemed a little too specific for one of her non-sponsored random adventures, but I guess I’ll have to treat it as such. The joke about people actually thinking Monochrome’s mannequin posing is cool is still pretty solid and I still don’t trust her backup idol dancers, even if this whole incident was written off as a dream. It was kind of entertaining but not on the level of weirder adventures like Battery-kun or that fish guy that couldn’t stop running. Bring those guys back… oh wait, they’re dead… I think? 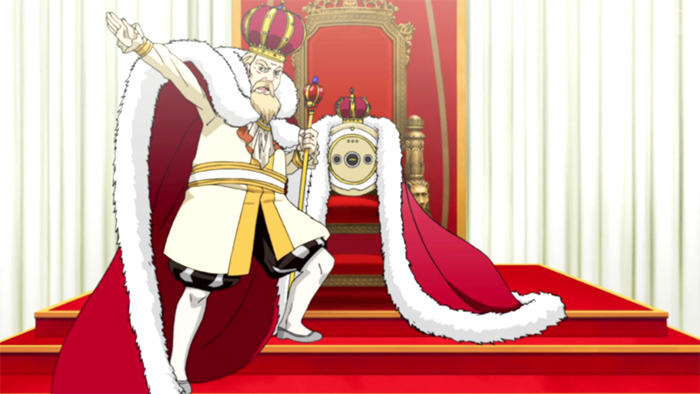 Miss Monochrome – Ru-chan finally gets the credit he deserves

Jel: This was the best episode of the season by default since things actually happened. Sure we may have gotten one of the worst looking fight scenes in recent anime history, but I’m so starved for any kind of action at this point I’ll take it. It was also nice to have Kanbaru back to provide a little badly needed energy, even if that means putting up with the return of Monogatari’s pervy side. Fortunately Arararararagi seems pretty intent on keeping it in his pants these days so even that aspect remained mostly in check. My only complaint is really a long standing issue with the series: why are we visiting this story now and not back at the end of Nekomonogatari White when it was actually relevant? I still don’t understand why all of these arcs aren’t in chronological order. Jumping around doesn’t help the story, if anything it hurts it as I’m struggling to remember details from something I watched 2 years ago. Hopefully they make good on their promise that this is the last “side” story and we’ll be focused on reaching a conclusion soon.