Euri’s verdict: Let’s release the game outside of Japan. Let’s leave the anime there.

Phantasy Star Online 2 The Animation is completely unoriginal, uninspiring and boring as sin. For years I’ve heard about how great the PSO2 game is, and to tell you the truth I was hoping that the anime would, at the very least, provide a window into what the game is like. Something tells me that the game isn’t a generic and immensely dull school-based anime, and while it’s apparent that the anime isn’t going to be spending all of its time in that setting, the game portion the episode was equally as bad. There doesn’t appear to be much of a budget for 3D, which is baffling given how 95% of the in-game scenes are rendered in CG. The swapping back and forth of 3D and 2D animation is incredibly jarring, and the animations and model quality of the 3D looks like something out of a 90s rock video.

The characters are quite possibly the biggest reason for why this show is so boring. Literally every single character that shows up in episode one is a tired anime trope. We have the good-guy blank slate protagonist who has literally zero interesting features, the student council president who is loved by every student in the school, is amazing at every subject yet has a secret vice she’s told no one (except the protagonist if you give it an episode or so), and the episode preview shows off the mysterious transfer student. We met the jealous friend of the protag who wishes he was allowed to hang out with the student council president, and every other member of the council dislikes protag for no apparent reason other than ‘it’s an anime’. 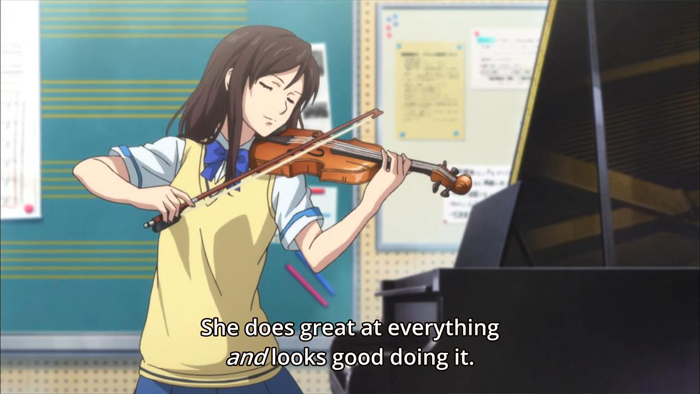 I do wish that this show was at least average, so we could laugh when the characters not-so-subtly hype up PSO2. We’ve had loads of shows like this that exist primarily to promote a product – just look at what anime some of us have grown up with. Yu-Gi-Oh! exists in a world where everything from playground squabbles to catastrophic events are resolved with two decks of trading cards, yet it had enough charm that you’d at least find the scenario comical if you didn’t outright enjoy it. Phantasy Star Online 2 The Animation is the same-old tired light-novel trash, recycled for the five billionth time, only this time it’s trying to sell you something.

I’d still love to play PSO2 one day, but I’d bet that this show is actively putting people off ever wanting to try it. 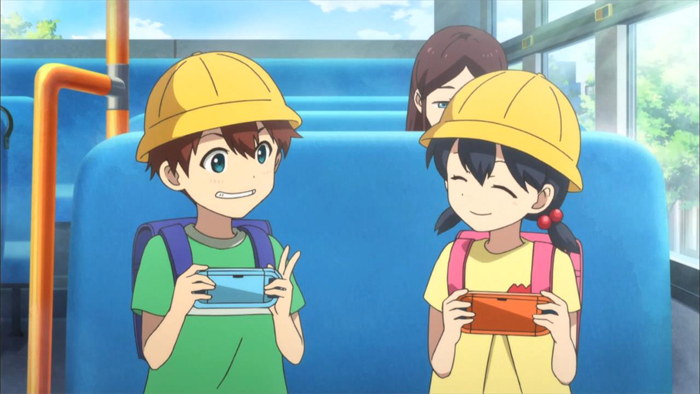 After Rage of Bahumut I’m done giving game adaptations a pass. While I don’t expect them all to be that good, there’s been enough examples at this point to prove you can make a decent show out a game that ostensibly is light on story. That is far from the case with PSO2, which is so lazy it’s insulting. I can’t imagine a roomful of people got together and thought instead of writing a story in their presumably interesting game world it would be a better idea to make a story about a bunch of high school kids playing PSO2. Even if that were the case there could have been some ridiculous pseudo-science or something a la Gundam Build Fighters to give it all some purpose but NOPE. Just regular kids playing their game for uh, research into social networking… or something. Wow. Even worse, the game bits that do happen don’t look much better than the game cut scenes, which pretty much eliminates any reason to ever watch this.