Hello, and welcome to All Your Aquas, where The Glorio Blog’s resident toy and figure collecting crew (and Iro) will run down the last week’s new pre-orders, turning a loving or scathing eye over what’s been put out for you to spend your hard-earned cash on. This week it’s a bumper crop of our favorite blogging pal.

Zigg: Nowhere near grumpy or hipster enough to be Aqua.

Timmy: Pretty cute and I love all the color Aqua has going on. her scale does have a pretty basic pose though, especially for what BellFine are asking for her. The nendo offers a great alternative and Aqua’s design chibifies really well. Maybe a tad light on the accessories but she has the necessities. Price is fair enough as well.

Aqua: Do these sculptures make my butt look fat, or is it just me? 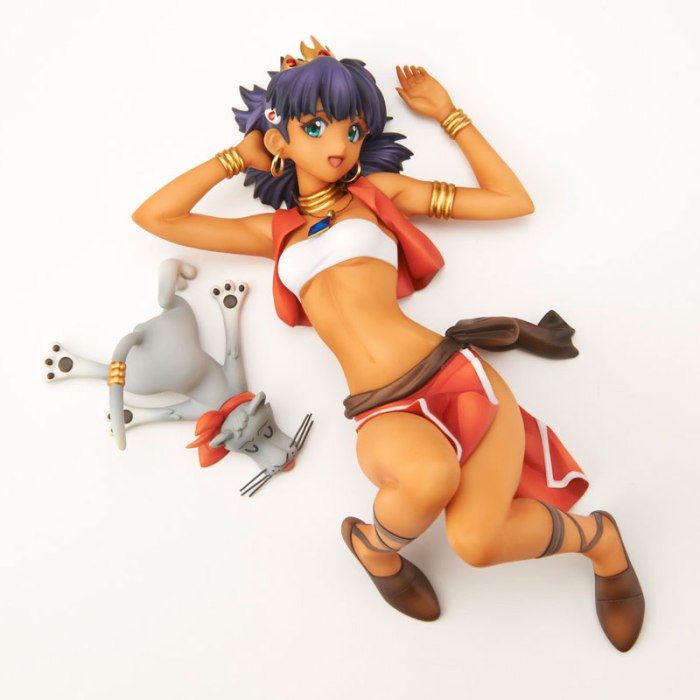 Zigg: This is actually a long-established garage kit that is finally getting an official release, and it’s always nice when that happens. I like the idea in principle, but really this figure only looks good from top down, which means either putting it on a shelf and always seeing it from the worst angle, or mounting it and hanging, which is impractical and kind of a pain. Nadia’s design has always been great, and in my opinion this is juuuuust on te right side of being too skeevy, but I can easily see that putting some people off.

Iro: I also never watched Nadia, despite planning to for years. Her outfit is barely acceptable – even for an anime 14-year-old meant to be a circus performer – and the cheesecake pose doesn’t do her any favors (in particular, her hips look bizarrely out of proportion). The sleepy lion is pretty great, though.

Timmy: I also haven’t gotten around to watching Nadia even though I have wanted to. This seems like one of those figure you somehow mount in a frame and hang on the wall. She seems nice, and the lion is a great addition. Again I have to mention the price, as Bell Fine are not on a reassuring trend here for their first figures up for preorder.

Aqua: On one hand, Nadia’s design has a kind of timeless breeziness to it that I’d give the benefit of the doubt. On the other hand, BellFine seem to be trying their hardest at accentuating her 14-year-old curves with that pose. Sigh. As opposed to the others, I’m not really feeling that lion thing either. What’s a character who looks like he came straight out of a off-brand Loony Toons doing next to this vaguely ‘exotic’ looking anime girl?

Iro: This is why we can’t have nice things. Fuck everything forever.

Timmy: Seems like a nice figure with a bit on an odd pose, though I haven’t seen Dimension W myself so I am not sure if posterior exposure is a staple of the show. I must say though, the detail in her “tail” looks amazing.

Aqua: I cannot claim to know the experience of being reduced talking pair of buttocks, but I sure as hell can be righteously pissed off at seeing it happen to something I love. Chipper, savvy robot girl Mira was the sole redeeming factor of the self-indulgent shit-storm that was Dimension W, and this figure about sums up what she got in return for the effort she put into making that show remotely watchable. That it’s coming from Good Smile Company only adds some more oil to the fire. Don’t enable this kind of lousy skeeve.

Zigg: I’m really glad that Megahouse continues to expand its Digimon line beyond the obvious Adventure nostalgia bait, and now owning a couple of these I can tell you they’re really smart, well put together pieces of work. What I’m not so glad about is that increasingly these are becoming pricey exclusives, and considering they were kind of small for what you paid in the first place the prices now are just ludicrous. Of the two I like Beelzebumon and Impon more, especially with that awesome pose and cool effects piece. Ruki and Renamon look cool too bu that’s a nasty seam line in Ruki’s hair and the only time Renamon would ever look that wide-eyed is with an intravenous coffee shot.

Iro: Zigg, Aquagaze, and I are in the middle of watching Digimon Tamers as this post is going up, and Ruki is pretty cool. She has the most blatantly stylish design of the main cast, making her the clear choice for a figure. I suppose the same goes for Beelzebumon’s hilariously overblown edgy-biker design, although including him with his crazy arm laser gun at least gives him a bit more panache.

Timmy: Not a huge Digimon fan like some others here but I think that these look pretty nice. Digging the wings and weapon effects on Beelzebumon.

Aqua: This has to be the first time in All Your Monies history that the superior figure is not the exclusive (or the more expensive) one (Zigg’s note – sorry Aqua, they’re BOTH exclusive). While there’s nothing wrong with Beelzebumon, the sheer amounts of glossy black on his outfit make him look cheap and the added lightning s a bit tacky. Ruki and Renamon, on the other hand look fantastic. Ruki’s cool – if somewhat endearingly millennial – design, the swell pose and clever matte finish make for a great diorama, and the fact that they went with the best Tamer of the bunch is a nice reminder that, occasionally, figure companies’ priorities actually do line up with mine. Not that I’ve ever given them any incentive to make it so, but whatever. 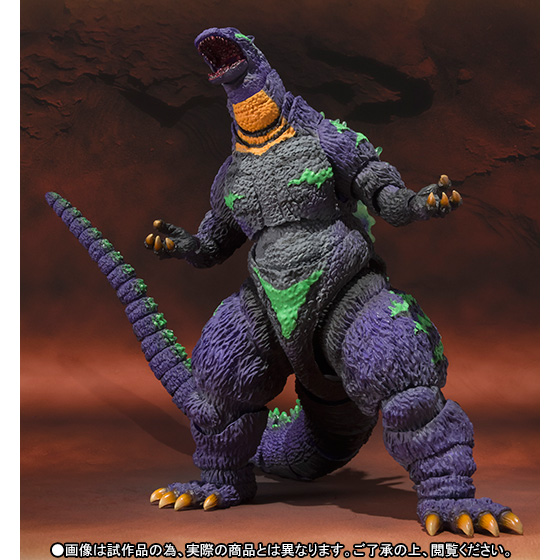 Zigg: MonsterArts Godzilla/Gojira was always a pretty cool figure and I’m surprised by how well the iconic EVA-01 colour scheme works on him. It’s a rad figure and a cool little meeting of worlds, but that’s a lot of money to pay for a paintjob.

Iro: This seems like a bit of wry humor after Anno putting Rebuild of Evangelion on indefinite hiatus to work on Godzilla. The purple/green/orange color scheme looks appropriately monstrous on a kaiju, but the big crotch arrow was perhaps a poor decision.

Timmy: A humorous novelty for me but not much more, and the green crotch is a bit of a distraction.

Aqua: A crossover hinges on being better than the sum of its parts, and this figure is the exact antithesis of that. Buying separate Godzilla and Unit-01 figures would in all regards be less tacky, less lousy and likely less expensive affair than coughing up money for this third-rate paint-job. Besides, if you buy two figures, you can have them fight each other. Can this figure fight itself? Hell no.

By the way, Godzilla vs. Godzilla would be pretty great, Toho. Please hire me.