Sundays in Japan only because this will NEVER BE LICENSED

Freyja, Mirage, and Hayate are captured by the Aerial Knights while Messer and the rest of Walkure are still stuck behind enemy lines. Delta Squadron arrives to rescue them, but the group must fight their way out.

OK, I was wrong. I predicted last week we’d get a talky bottle episode with our main trio trapped by the Aerial Knights, but instead we got a rather solid, action packed episode. It was great pay off to see the team come together as a highly effective unit with a strong comeraderie, somehow even more than their actual first battle. Everyone was being so unselfish that it might have been the first time I liked all the characters without reservation. Yes, even you Hayate. Now on to this week’s breakdown: 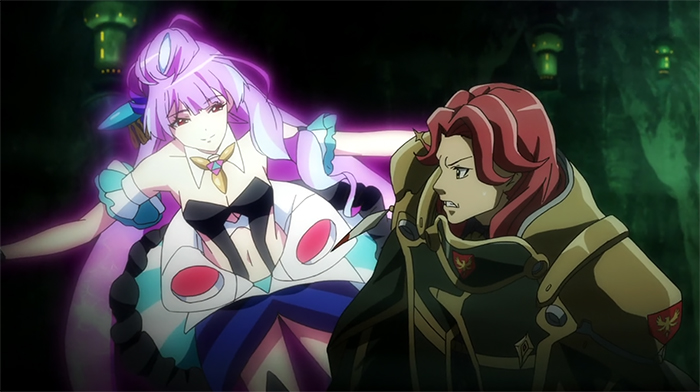 Love Triangle
No overt romantic gestures this week but with the stress of a life and death situation bringing out everyone’s true nature there were some implications. The most obvious and cliche is Hayate being super protective of Freyja, not to mention her rather sweet love song had to be about someone, right? As for poor Mirage, I’m trying to decide if I’m disappointed she seems to be bad at everything or if that makes her more endearing. I guess I’d rather have a person that tries hard over someone that coasts on natural talent like her parents. Still, come on writers, give her something!

Pop Music
GIRI GIRI EYE returns! We already knew that song was great though, so I was more impressed the two new songs were good. The song with the almost passable Engrish is a good battle tune, and as noted Freyja’s song was very sweet. Sure it was kind of the token “serious song” that her character needed, but it was also a good showcase for her singing voice. No one is topping Mikumo in that department, but she definitely holds her own. 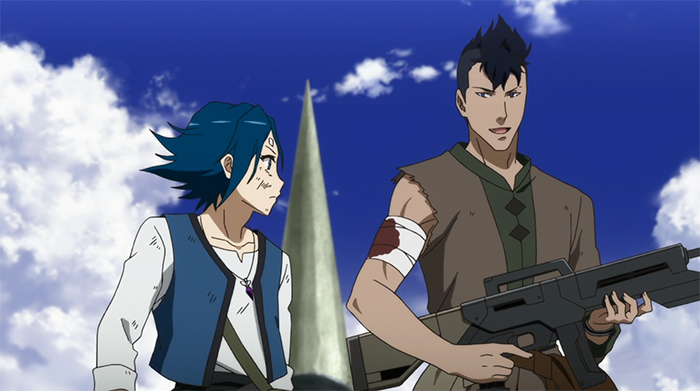 Streaming Missiles
As noted, the was a lot more action this week than I expected and it was all pretty solid. Hayate seemed to have particularly thick plot armor as he absorbed barrage after barrage of attacks at point blank range, but I’ve seen worse. Considerably less plot armored is the Captain Guy who threw out a massive death flag promising to treat everyone to jellyfish ramen afterward. I genuinely feared for his life. Seems the squad is still intact though, just in time for what I’m guessing will be a more chill and hang out episode next. Given how wrong I was with this episode, I should probably stop with that.