The Yamaneko is a masked thief, determined to steal money from the morally corrupt. However, they’re no Robin Hood; the Yamaneko is always looking out for number one, stealing for the cash and the thrill rather than for justice. Or so it seems.

The Mysterious Thief Yamaneko is a drama I watched an episode of while in Japan earlier this year. Given I watched Rookies last year in similar circumstances and that show was amazing, it would seem like a mistake not to check this out with subtitles when they became available. Fortunately the fansubbing community put this one out fairly quickly, though myself and colons were too caught up watching that  Death Note TV series to get around to watching it until now. More on that at another time.

Our protagonist is the Yamaneko, an impulsive but playful thief who only targets the morally corrupt. The irony of stealing their money for personal gain isn’t lost on him, but it’s pretty clear that we haven’t seen the full picture. We don’t know the Yamaneko’s real name, and we don’t know his reasons for being a thief beyond a book on bushido being dropped into frame every so often.

Each episode so far has focused on a separate ‘hit’, following the Yamaneko as he seeks out information about people, locations, and the details surrounding the shady-goings-on-of-the-week. This culminates in a comical yet effective break-in, with the police not far behind. It reminds me a lot of Lupin the Third, just with a much bigger focus on Lupin, and with most of his crew working remotely. This being a modern take on Lupin is a fair description, but I personally prefer Yamaneko‘s humour.

The Yamaneko appears to have a core group of people that help him during each hit, and the show does well to pick a good variety of personalities. Sure, we still end up with a master hacker, but we also have characters like the bar manager who doesn’t take any shit, and a journalist that’s so caught up in the Yamaneko’s dealings that he has to begrudgingly become his assistant. There are a few other oddballs that writing about would be veering into spoiler territory, but to summarise, the characters and the casting is excellent.

The Yamaneko, like most thieves portrayed on TV, appears to not value the spoils of his work above the well-being of others. Admirable you might say, but this does introduce a flaw; ham-fisted life lessons. This is a trope of Japanese drama, that much is certain, and while I can appreciate that the Yamaneko isn’t afraid of resorting to tough love, he quite often oversteps personal boundaries. Now sure, it’s a fictional TV show and all that, but I worry that seeing him wave his bushido book in the face of someone under emotional stress might grate before too long.

Nonetheless, it’s easy to see why this show has a ‘best drama’ and several actor/actress awards. The first two episodes have been incredibly fun, and the slowly-developing overarching plot appears to be crazy in exactly the right ways. Out of everything, I think it’s the characters that are the biggest standout so far and I can’t help but feel excited to see what this show can do with them. 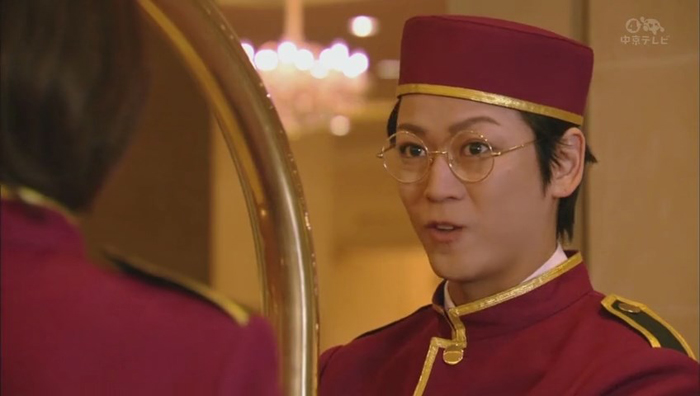 colons’ verdict: You should watch Death Note, but,

I’d like to start by contesting Euri’s assertion that the live-action Death Note show is anything but great. It’s campy, enjoyable, and just different enough from the other adaptations I’m familiar with to keep me guessing. It’s very, very silly, granted, but its qualities make it absolutely worth watching, at least to me.

I’m actually a little worried that, since this show has everything I like about Death Note in it, that I won’t like Death Note any more by the time we get back to it.