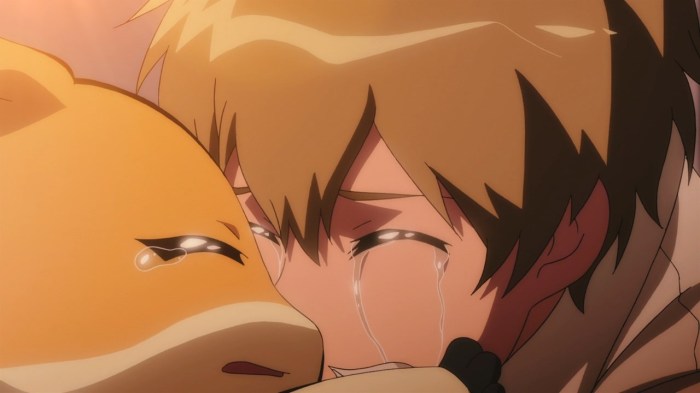 Airing at the bizarre whims of Toei Animation on Crunchyroll

Meicoomon has vanished after murdering Leomon, and the infection is spreading to even the Digidestined’s partners. The only option may be to reboot the Digital World entirely, erasing years of cherished memories.

After the dramatic ending of part 2, and with this film marking the halfway point in the increasingly odd Tri experiment, I think we all expected a shift from the largely carefree fanservice we’ve seen so far to a more plot orientated installment, and that’s exactly what Confession gives us, with an extra dose of dark and edgy thrown in. In fact, liberal fanservice aside, this probably the first time that this supposedly adult orientated sequel has really felt like it’s playing to the adult crowd, successfully channeling our affection for the characters towards more complex and painful ends.

Before the release there was much speculation about what the ‘Confession’ title referred, with most fans speculating it was romantic in nature given this installment ostensibly focused on Izzy and TK, the two characters who seem to have most obvious potential partners. In fact, the confession in question comes from a much darker place, and it’s indicative of this chapter’s greater focus on personal responsibility, self-sacrifice and friendship.

Choosing Patamon to be the Trojan Horse for the infection is a pretty easy call, as he’s always been the cutest, most childish and most blatantly ‘pet-like’ of the partner Digimon, which means his pain and fear are even more accentuated. The same is largely true for TK – he’s always been the baby of the group, earnest, honest and emotionally vulnerable, so putting him through the wringer is an easy way to hurt the audience. And guess what, it totally works really, really well. TK’s moral struggle over whether to reveal Patamon’s condition is a believably complex problem, and the emotional scenes of the two of them together are devastating. In fact, the movie as a whole is very good about showing the relationship between the humans and Digimon in a deeper, more affectionate way than the often comedic skits of parts one and two.

It’s not just TK who gets decent character development either, as a decent chunk of the runtime is dedicated to Mei working through her issues with the recent disappearance of Meicoomon. I really like the relationship that develops between her and Sora, as the latter fully embraces her ‘team mom’ role and displays a degree of affection and depth that she hasn’t really had a chance to show off in the series so far. Mei’s confrontation with TK is also fantastic, as she unleashes all the pent-up fear and guilt that she’s been carrying, and TK offers support while remaining determined to focus on his own goals. That Mei doesn’t ultimately come with them to the Digital World is, I think, a good piece of character development for her, as she begins to understand to cost of her hesitation. 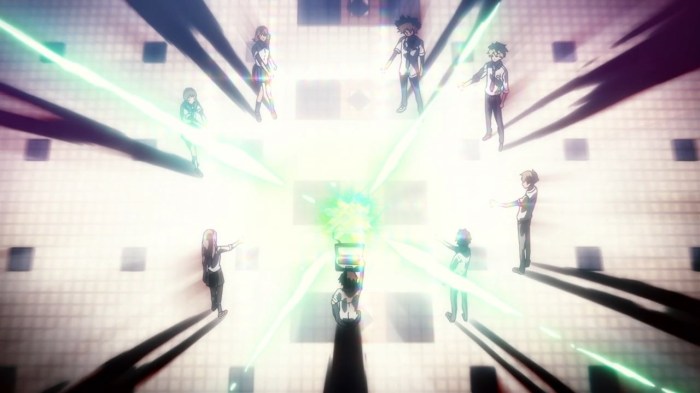 That’s not to say that this installment is all smooth sailing.of course. There’s an awful lot of clumsy exposition-dumping all over the place, and overall a lot of the concepts are poorly explained or just babbled out without much done to establish or justify them. The whole ‘reset the universe’ thing pretty much comes out of nowhere, and though the writing makes hay with it it’s hard to shake the concept that it’s just a little too convenient for tragedy. The other major issue is that there’s arguably even less action in this film than the others, and while the character drama is pretty compelling there’s still occasions where the leaden pace just makes the story sag badly. This is particularly notable in the first half hour, before the plot even kicks into gear properly.

With all of that said, this is a terrific installment in the Tri saga and almost certainly the best movie yet. The ending is both heartbreaking and hopeful, and honestly I would have been completely satisfied with this being the finale of the series as a whole. Instead, we’re pushing onwards, into what seems like it’ll be ever darker territory. 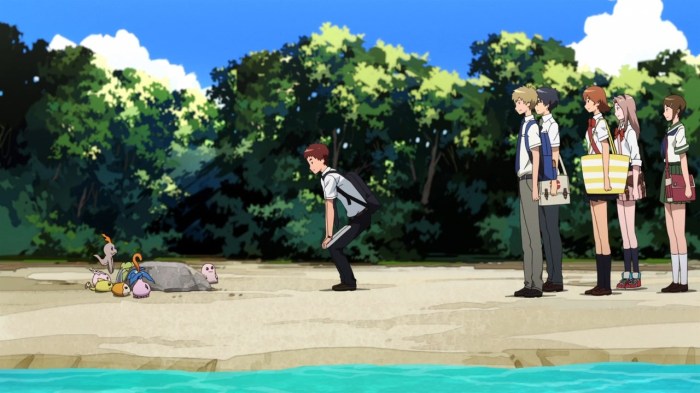