It’s all too easy to remember the awful shows we subjected ourselves to over the course of the past year, but often much harder to remember the stuff that surprised us in the best of ways. In order to cap off 2016 on a positive note, I’d like to take this opportunity to talk a bit about those anime titles which, while not necessarily the strongest of the year, definitely exceeded expectations.

Grimgar of Fantasy and Ash (Winter)

What I expected: Sword Art Online.

What I got: A startlingly decent series with some fantastic world-building, minimal exposition, and possibly the best background visuals of the entire year. I’ll admit it, I expected so little from Grimgar that even something mediocre probably would’ve come as a surprise. On paper, the premise sounded like the most unoriginal and cringe-worthy story in the book, and I was absolutely convinced that I would hate it on sight. So imagine my shock when I not only didn’t hate it but remained continuously eager for more. I was especially taken aback by the realism (!) of Grimgar, achieved mainly through the inclusion of a bunch of practical details that every other show with similar themes basically ignored in favour of flashy action/adventure sequences. I get that the show was too slow for some, but personally, I was more than happy with the deliberate pacing and the very down-to-earth, slice-of-life focus with which Grimgar largely kept itself concerned. And my gosh, that artwork. I would welcome a second season of this. 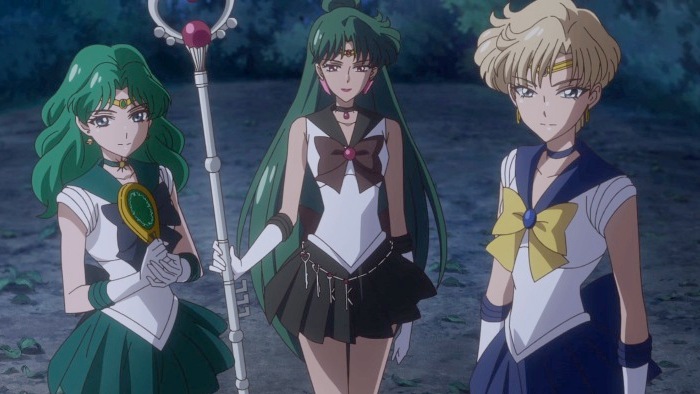 What I expected: Sailor Moon Crystal seasons one and two.

What I got: The product I was promised right at the start. I’ll be honest, when it comes to classical magical-girl material I’ve always been much more of a Cardcaptor Sakura fan. Given that Sailor Moon was the very first anime I can recall watching though, it still holds a special place in my heart – which made the first two seasons of Crystal all the more disappointing. We were supposed to get a more mature version of the Sailor Moon we all knew and loved, and instead we got saddled with a badly-animated monstrosity, with god-awful writing and characters who might as well have been zombies for all the personality they demonstrated. Season three rectified most of these problems (evidently the change of director worked wonders), doing away with the stilted dialogue and terribad CG transformation sequences and replacing them with a slightly altered art style, far better pacing, and honest-to-god character development. And all was right with the world once more. Just in time for the outer senshi, too!

What I expected: Discount Free!.

What I got: A series that was way more mature than advertised. Seriously, for a school-centered sports anime, Cheer Boys was actually pretty adult in nature – and thankfully not in any kind of fanservicey way. In fact, it was actually set in university rather than high school for a change, and avoided many of the more tiresome tropes of its genre by being fairly introspective and reflective as opposed to continuously upbeat or high-energy. This is possibly what helps define sports anime for many viewers, but I really appreciated the less colourful and more realistic vibe that Cheer Boys had going. It wasn’t that the show was lacking in a sense of humour, and it certainly wasn’t lacking in the whole team camaraderie thing, but it was definitely more interested in the serious (and yes, sometimes physically and emotionally painful) side of sports a lot of the time. And hey, mad props for not depicting any of the cheerleaders – either men or women – in a light that was the least bit sleazy or degrading. Cheer Boys didn’t pander to either gender, and that’s a rare and beautiful thing. 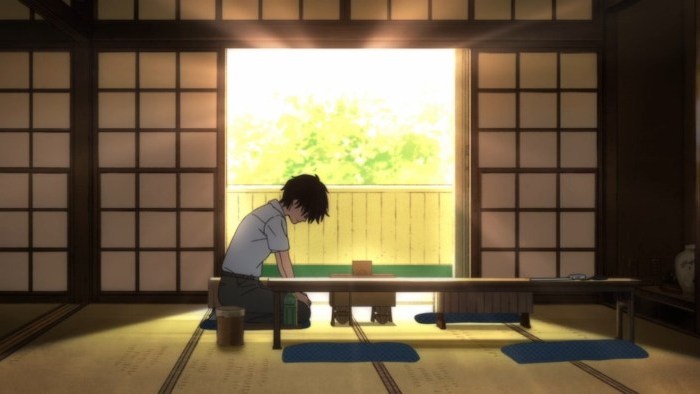 What I expected: Shaft.

What I got: What Honey and Clover would have looked/felt like if it was about shogi and made in 2016. Look, I get it. Some people like Shaft. Personally, I can think of maybe two titles from the studio, other than this one, that I’ve wholeheartedly enjoyed, so you’ll forgive me for not having the highest of expectations for March. The series is still ongoing so I don’t want to say too much, but so far at least this was very near the top of the fall season for me, and I don’t anticipate that changing for the spring line-up. One of the chief reasons I’m enjoying the show so much is the cinematography, which negates the need for any exposition whatsoever and is basically like watching poetry in motion. The other is the careful balance of drama and comedy, the latter of which is poignant but usually very quiet, and the former of which keeps the angst in check. I would never have looked here of all places for something this well-crafted or heartfelt, but I did so love being proved wrong.