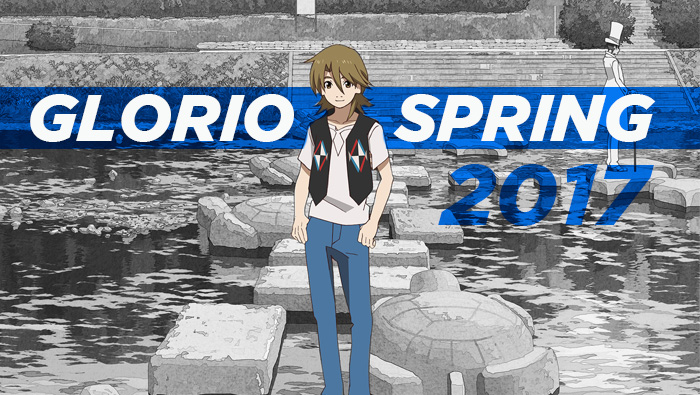 Part 3 features the new series by Oreimo’s Tsukasa Fushimi, Eromanga Sensei, and so by default is the worst part of the preview guide. Fortunately it also features the return of The Eccentric Family, which I must admit has been sitting at the top of my backlog for quite some time. There’s also an unusually high amount shows coming back this season that we we wouldn’t normally cover, so let us know if we are missing out on anything good.

[I didn’t watch the first season of Eccentric Family so I called in Marlin for this one -Jel] Man, it’s hard to think it’s been almost 4 years since the #10 show of 2013 came out. The Eccentric Family was a real gem of a family drama in a genre that barely ever even touches the topic. It’s a wonderful and bizarre story about a family of mythological Tanuki and their dealings with the hidden underworld of supernatural creatures. Its biggest draw is the electric love-hate relationship between the main character Yasaburo and Benten, a young human woman who was kidnapped as a teenager and granted the powers of Tengu magic. This sequel seems to be going more into the backstory of their shared teacher, the Tengu Professor Akadama, introducing his long-estranged son. As a heavily story-driven show, anyone wanting to watch this show is going to need to watch the first season, but I highly recommend it.

A girl who operates a robot gets tied up with pirates and somehow ends up working for an excavation company. That sounds good on paper but then you watch the trailer and yeahhh…… that was certainly not what I was expecting, to say the least. I actually wouldn’t be a opposed to a cute girls doing cute thing show with robots, but I don’t know if I can handle that while also stomaching the 3D visuals. To their credit, Sanzigen seems to be carving out a niche for themselves by making 3D that doesn’t look too bad, but it’s still a negative overall.

“From the author of Oreimo” should be all I need to say on this but for you, dear reader, I will suffer the pain of explaining the premise: Masamune Izumi is an established light novel author, even though he’s still in high school! He lives with his little sister, who is a total shut-in! Izumi works with an illustrator he’s never met that he calls “Eromanga sensei” because they draw really perverted artwork! One day he finds out that Eromanga sensei is ACTUALLY his little sister!!! *vomit noises* so there you go, if you want to watch light novel author Tsukasa Fushimi mentally jack off then this show is for you.

A witch and her buff furry friend search for a magic book with the POWER TO DESTROY THE WORLD. Putting aside the fact that this rivals Magical Warfare for having the most generic sounding light novel title possible, the trailer doesn’t look that bad? I mean, it doesn’t look great either but it at least looks like they put some effort to it. Or maybe my standards are just rapidly dropping after previewing all these other bad shows…

With this show hot on the heels of last season’s Fuuka, are emotional love stories centered around a school rock band going to be a trend? That is pretty much what this seems to be, with our main girl fulfilling her promise to “find her voice” and joining a band club. In my younger days I used to love these kind of stories much like I used to love playing in a band, but now I’m old and dead inside and just not feeling it. Wow, that got a little dark… ANYWAY, point is I don’t see any indication Anonymous Noise is bringing anything new to the table with it’s generic looking characters playing generic anime rock music, but it’s hard to judge a story like this until you watch it.

Other than it’s historical significance I actually don’t know very much about Astro Boy, so maybe I’m not the most qualified to preview this. What I can tell you is this is a prequel story about Tenma and Ochanomizu building a robot. The trailer looks pretty solid and at the very least it’s cool to see hand drawn robots, which is increasingly rare. I’ve been a big fan of the recent re-imagining of classic Tatsunoko franchises like Gatchaman Crowds and Yatterman Night and I kind of get a similar vibe from this. Definitely worth keeping an eye on.

Other Notable Returning Shows That We’re Not Planning On Covering: