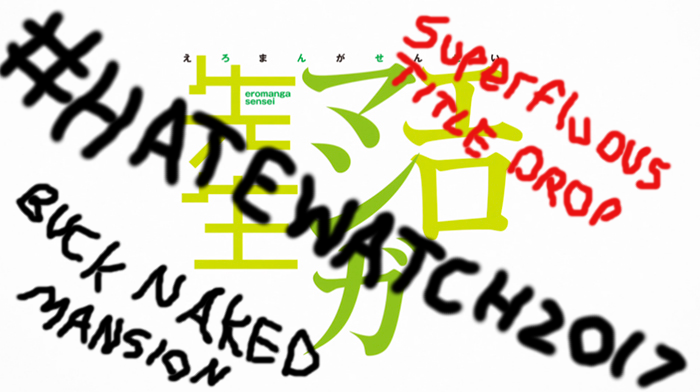 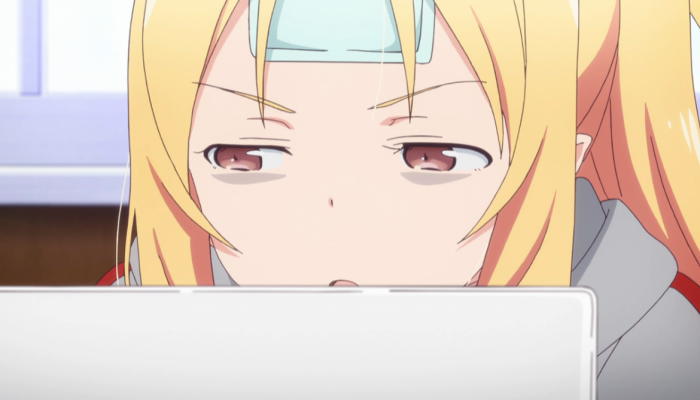 This week was worse than I could have imagined. It’s so bad that I’m almost back to my jokey first thought that Fushimi is just some kind of troll savant feeding off the utter depravity of lonely otaku by crafting the most perfectly vicious anime of all time. There have been literally no redeeming qualities about this show, literally none! I would not be exaggerating to say that this is the worst show I have ever watched and pray ever will watch. It’s not just the disgusting fanservice scenes, because honestly I’ve come to expect that from the lowest common denominator these days. It’s that this is being portrayed as in any way that real human beings interact. It’s like the Seiren of sister shows, people talk to each other but it has no actual relation to our reality or in this case common decency. Jel nailed the Ouroboros on its head so I won’t even get into how self-gratifying this episode’s ending is.

Honestly, the icing on the fetid cake that is this whole thing has to be her going “I like someone” and him being like “DUHHH I GUESS THAT MUST NOT BE ME, THE PERSON I KNOW IS LITERALLY THE ONLY HUMAN BEING SHE’S HAD CONTACT WITH FOR TWO YEARS.” I suppose kudos to Fushimi for skipping over the only sensible part of Oreimo where everyone was absolutely aghast that incest was actually on the table in that finale. Sure, Elf just accepts that he’s in love with his little clearly impressionable sister. Also, you can do the “not related by blood” argument that sick, sick, bastards have to rely to in order to justify why they’re consuming a product that talks about romance between brothers and sisters in the first place, but don’t even try to kid me that this fact even matters anymore.

You should not imagine a thirteen year old in their underwear. That one doesn’t come from Aristotle for once, the Ancient Greeks were actually pretty bad about that.

Will you exploit shameful otaku money with me?

Adding to that we have Sagiri flipping to full dere mode and declaring her unwavering subservience to her brother, setting off all kinds of red flags in my brain. As is usually the case with this show, I just need to describe what happened and the episode can incriminate itself: the big emotional scene this week, complete with swell of strings in the background music, is Sagiri revealing she learned how to draw big boobs because Nii-san made fun of her. She was not able to do this previously because she was using herself as a model, at which point we cut to Masamune imagining her taking a butt selfie in the sexy underwear he washes for her everyday. I…. I don’t even know where to go with that.

Finally, trying to drag out this process by having Sagiri say she’s in love with someone as if we were to believe it’s not Masamune is just plain insulting. Perhaps that is the biggest of Eromanga Sensei’s many failings. They’re trying so hard to make some kind of story out of this and to make you believe that there’s a message here. It would make more sense to fully embrace the depravity and give the people who like this trash exactly what they want. That still wouldn’t make it any good, but I would be less angry that it exists.