A giant cube descends on Japan, which unfortunately contains boring exposition rather than another season of Zyuohger.

The idea of a semi-realistic look at how a modern society would react to a sudden, seemingly alien incursion is not a bad one, but good lord was this dull. It’s just an endless barrage of suited men sitting around spewing exposition into the air, briefly interrupted by the opposite end of the spectrum, a walking talking crystallised cliche of anime tropes in the form of a ditzy girl scientist. Honestly it’s hard to even muster up anything to comment on, given how unbelievably flat the entire episode plays out. Also, predictably, the CGI animation is extremely offputting and bland, except for the cube, which admittedly strikes the right balance of bizarre and monolithic. When the best I can do is praise the big geometric shape though, you know I’m reaching. 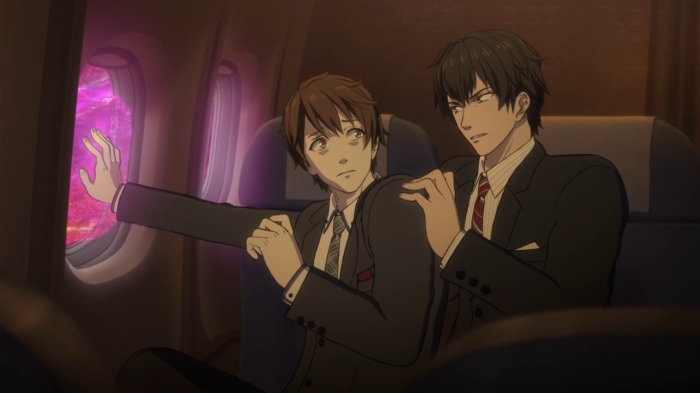 Who watched Fate/Stay Night: Unlimited Blade Works and thought it was a good model for the first few episodes of an unproven franchise? Toei apparently, since KADO has an episode 0 and an episode 1, and I only sat through 1 out of my obligation to help cover this. Episode 1 has exactly two interesting things happen: the giant magic cube appears at the very start of the episode, and the giant magic cube opens at the very end of the episode. The middle twenty minutes are a never-ending deluge of random Japanese government agents discussing how weird the cube is and exploring their options in interacting with it. Were this a novel (or some other long-form prose), I could understand this behavior, but as an anime this could have been covered entirely within a relatively short montage. Instead, I was bored to tears and will consequently never watch another episode of this in my short existence. Nice going, Toei.