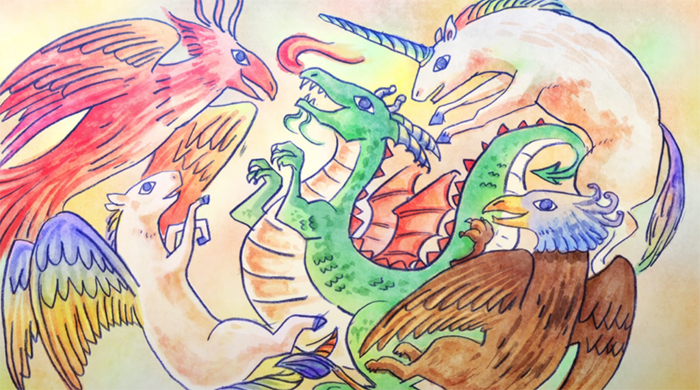 Tsukigakirei makes me more furious than ever, but not for the usual reasons. Meanwhile, Sakura Quest delivers the best episode of anything this season. How’s that for a tease?

Jel: ​​​​Maybe I’m a sucker for a well timed insert song, but I think this was the best episode of Sakura Quest and possibly the best episode of anything this season. I really like the way they’ve handled Riri. Even though they brought up her difficult situation with her parents they don’t use that as an excuse for who she is, quite the opposite really as they make it clear it’s OK for her to be different than what is “normal”… yes, we all wanted to slap that police officer dude for suggesting otherwise. I guess you could argue these character episodes are a bit formulaic as this ended very similarly to Shiori’s story with Yoshino hugging it out and acknowledging their differences, but it’s so sweet I don’t care. In a season of good shows that have been slightly disappointing, I’m glad Sakura Quest is consistently good.

Tsukigakirei – THAT LITTLE PUNK MADE HER CRY, DUMP HIM!

Artemis: I’m sure readers can guess by now which part of this episode had me frowning – and let me preface this by saying I’m well aware that teenagers, by their very nature, tend to be pretty emotionally immature. Even so, can we please just get away from this ‘how dare you be alone with another member of the opposite sex when we’re dating’ mentality? It doesn’t matter that Akane and Azumi now have an established romantic relationship. It doesn’t matter that Takumi has a crush on Akane. You don’t get to have trust or jealousy issues when Akane’s done nothing at all to warrant them, and you certainly don’t get to say who she can and cannot hang out with. And yes, I’d be saying exactly the same thing if the gender roles were reversed (only, they very rarely are in mainstream anime, now are they?). This isn’t a Tsuki ga Kirei problem as much as it seems to be a problem in general, in both fictional stories as well as in real life, but that doesn’t make it any less annoying to watch. It’s definitely not something I find at all cute or endearing for one thing, and for another, don’t this couple have way more important things to be dealing with?

Jel: I’ve been watching along quietly with nothing really to say about this show until this episode set me off. RANT INCOMING: so hey nerdy shy boys when you complain about girls not liking you, THIS IS THE REASON. While you could argue Hira went slightly too far in demanding to know why Akane chose Kotarou, he was willing to gracefully accept her decision because he genuinely cares about her. On the flip side, with Kotarou’s jealous, possessive behavior, can you really say the same about him? It’s not the first time he’s acted this way, and it makes it seem like he only wants to go to the same school so he keep an eye on her and not because he actually enjoys being together.

Now I am only going to expect a certain level of emotional maturity out of a 14 year old. I’ll admit I felt that way when I was that age so that’s somewhat understandable. I’m much more angry at the writers for allowing him to get away with it without any consequences. He never says he’s sorry and yet Akane runs crying back into his arms as if it was her fault. NOPE. Dump that little brat and move on, I am actually hoping they break up now.

Rage of Bahamut – Rita is the real MVP, no surprise there

Artemis: Well that only took almost literally half the show, but we finally got some payoff for all that setup in the form of some well-paced and decently shot action/adventure sequences – nostalgically reminiscent of the first season of Bahamut and reminding everyone of the fact that Rita doing anything at all makes this show ten times better by default. Seriously, can we just get a Rita-centric spinoff at some point? Because her no-nonsense, no-time-for-this-shit attitude is exactly what Virgin Soul needs, but is also plenty entertaining in its own right. Meanwhile, none of the other characters aside from Nina seem to be doing anything other than talk, and that includes Jeanne who, as it turns out, is afraid of spiders. Why did we need that plot point again? Oh yeah, because it’s ‘cute’ and shows she’s not just a kick-ass champion of justice but also a woman. Right.

Jel: ​At one point in this episode I had turned off the subtitles to get a screen cap and I didn’t realize until five minutes later I never turned them back on. Nothing was lost, that’s how boring this show is. Rather than spend time on the robot wrestling or anything remotely interesting, the bulk of this episode was spent looking for the same spare part TWICE in nearly identical scenes. I don’t know if we should be blaming the writer or the director or whoever, but I’m so done here. We’ll see if I even bother next week.

Gee: Not the strongest episode, and in a show that’s run out of them, not the greatest sign. Still, it had its bright moments. Akko finally meeting with Ursula/Chariot knowing her true identity is a great bit of emotional catharsis. The road was a little too long and windy, but the destination was worth it. Akko’s finally internalizing the lessons she’s been learning throughout the show, and in turn, Ursula/Chariot receiving that affection in kind is a real satisfying moment. It almost makes up for what should have been a super exciting part being a pretty lackluster one. The final confrontation with Croix is anticlimactic, both from a narrative and animation standpoint. It’s a shame, because “large structure transforms into a giant robot” is a classic Gainax/Trigger plot point and usually an easy crowd pleaser. You can really feel how stretched to its limit Trigger is with the limited time and budget it has. Here’s hoping they’ve been saving their ammo for the last episode.