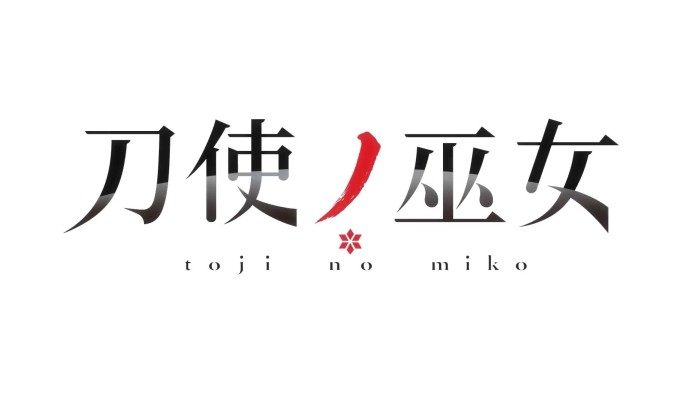 These martial arts people have a dark secret, and it’s that they do real fighting against monsters, and gosh it is a surprise when it is revealed in the first scene of the show.

To succeed, the first episode of a show should have a hook. It should try to at least hint at what the series is going to do differently, so that you have some reason to continue watching it instead of something else coming out this season. This could involve, say, establishing that, surprisingly, this educational establishment is actually some kind of youth military recruitment program and that there is an existential threat that requires some supernatural fighting prowess. Perhaps they could try setting up an authority figure and hinting that they maybe have some dark secret, or perhaps imply a motive that a faction who is against this figure might have. Heck, they could even have made even the slightest hint about the origins or motivations of the big bad centipedes they spent so much money establishing the existence of.

Katana Maidens, despite every opportunity its universe gave itself, does none of this. Having seen the first episode, though, I am extremely confused about why it does none of this; there are so many opportunities it had to plant seeds of mysteries that it completely failed to establish. 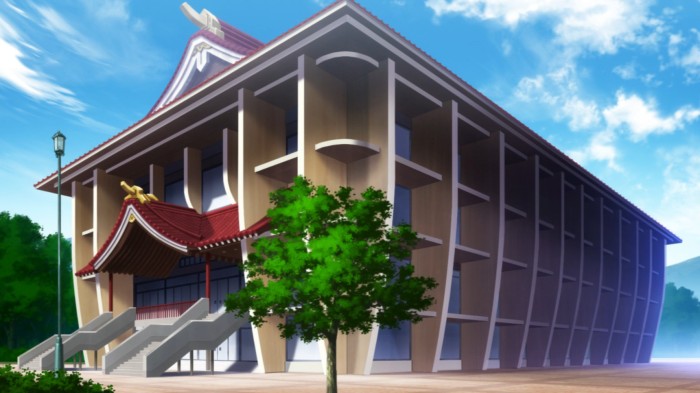 Modelling your architecture after the model boat kit you have assembled on your desk is a bold choice.

With a few more hints about the universe, and a minor restructuring, this episode could have been genuinely compelling. If they’d waited until the end to reveal the weird CG centipede threat, if they’d even hinted at the relationship between these schools and that threat, or if they’d given us a single reason to dislike the administrative figure against whom a rebellion clearly exists, there would be something motivating me to watch another episode.

One possible explanation for this, of course, is that they only have one real narrative layer for each of these questions, and so revealing anything material in the first episode would be wasting plot devices that they need to space out across the whole season. If that’s the case, the rest of this show is going to be exceptionally dull. The fact that the structure is so needlessly familiar doesn’t help, either; a few seasons back, there was a show called Schoolgirl Strikers which opened with a scene that me and Euri could have sworn was an in-universe video game or something, but that turned out not to be. To be fair, in this case, we can’t yet say with certainty that it wasn’t, given that we are given exactly zero context, but the structure and framing is identical.

I’m also a little concerned about budget and resources; the final shot of this episode was CG for no reason, and the only explanation I can think of for it was that they had planned to rotoscope it but ran out of time, which is not a super encouraging sign.

I’ll take my victories where I can get them, though; they managed to avoid gross sexual fanservice, and the armour design in the intro was actually pretty practical. They even had a short scene in a hot spring that was completely respectful. 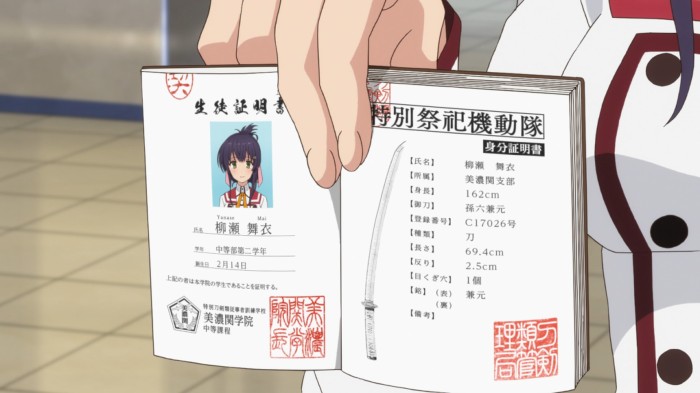