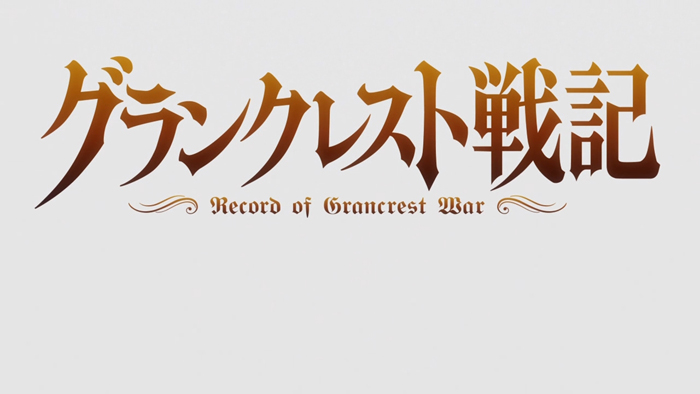 Men of all ages compare and wage wars over the size of their crests. Our hero has great ambitions to serve as a lord and protect his people from monsters, something which the current rulers aren’t doing, but his crest is too tiny. Fortunately, a mage in a miniskirt helps him out.

It’s a light novel adaptation featuring mages, so I have to admit that I was braced for the worse. You’ll be pleased to hear that it’s not a bottom of the barrel magical academy extravaganza, and that there’s some interesting stuff going on here, though Grancrest doesn’t quite go far enough to step away from similar, shittier shows.

Our protagonist is Siluca, a pretty capable mage and the only one quick enough to react to a demon showing up at the beginning of the episode. It’s a clever way of showing her abilities without having to say it; she prepares to intervene, is stopped by someone who hasn’t noticed as quickly and assumes she’s up to no good, and suddenly we have the premise of our show. So far so good at this point, with the only real complaints being some ham-fisted exposition and confusion as to why an important wedding is being held in front of a scary looking death orb.

We jump to a point in the near future where the guy who prevented protag from helping fight the demon has tagged along, as a way of atoning for their bad day at work. The short scene inside the carriage is another clumsy piece of exposition that is revisited minutes later when they’re talking to a rather generic group of baddies. Our chance to see her kick ass is foiled by the secondary protag Theo – a wannabe lord who wants to actually be a force for good – jumps in on the assumption that Siluca needed help.

I don’t personally care too much that Theo jumped in, I just wish they’d let Siluca do something. Both of her attempts to fight in this show have been thwarted, and not because there’s a legitimate reason to hide her combat abilities, either. Also she’s a woman, so before the fight she removes her robes to reveal a super protective top and miniskirt. It doesn’t look weird at all in this fantasy setting where everyone is wearing Obi-Wan cloaks or medieval armour. No cleavage though, so there’s something. 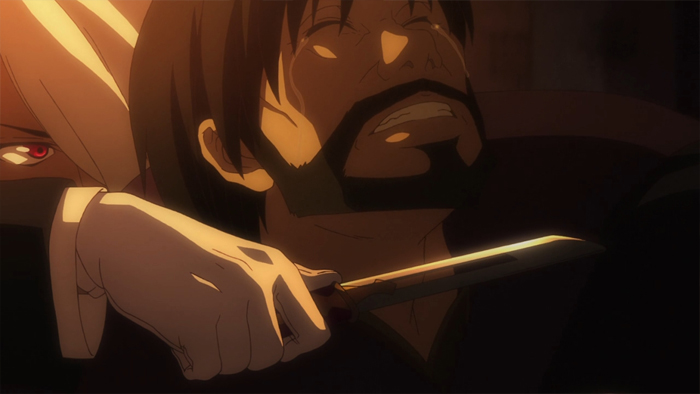 The rest of the episode focuses on increasing the size of Theo’s crest, which is when Record of Grancrest War starts showing why a tabletop RPG was developed alongside the light novel. The crest seems to represent a character’s level, the chaos cores that grow the crest seem to be experience points, and so on. Whether this is how characters work in the tabletop RPG or not is kinda irrelevant, but the show gets mechanical at this point in a way that really bogs it down.

We also don’t find out what the crests actually do for the owner. We see at the start that the two rulers have massive, impressive crests, but not much else. We hear from Siluca that Theo needs a larger crest before becoming a lord, but the only hint we get as to why that’s the case is a throwaway line about how many people can serve him at a particular crest size. Is this dictated by law, or is it some kind of magic? Is there something that would have prevented Siluca from jumping into the fight with the lord had he not had a large enough crest to form a contract with her? Without it being addressed it’s hard to know the significance of the two fights in the first episode, and I worry that the reason it isn’t touched is because reading the player’s handbook verbatim would make for questionable television.

Grancrest could be worse. Judging by the first episode, it’s trying to do some interesting things while also getting hung up by some of the typical light novel adaptation issues. I’ll keep an eye on this for a few episodes to see how it shapes up, but there are already shows this season that seem more promising.