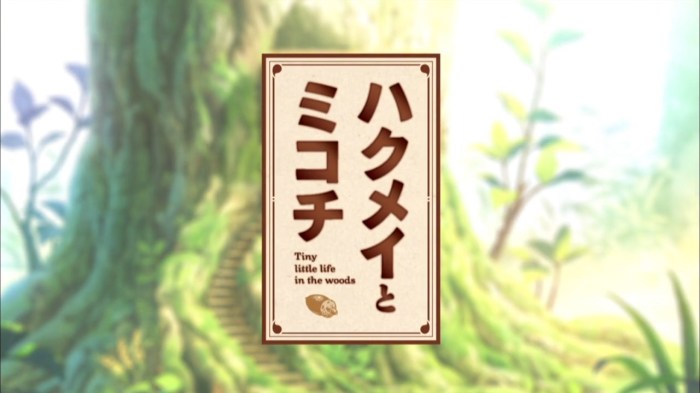 Zigg’s verdict: Can’t See The Wood For The Trees

This is a charming little show which is very cute, very relaxed and very undemanding. The mixture of talking animals and tiny people gives it a pleasant, somewhat Redwall-esque vibe, as does the copious focus on delicious looking food. With all that said, there’s absolutely no attempt at anything approaching story or characterisation here, and while I can’t really hold that against the show, it did lead to me just being crushingly bored through most of this run. That’s not to say the show is bad at all of course, but this is very much one of those occasions where your opinion will depend on what you’re looking for. If you’re after a soothing wind-down or a delightful background show, then this is definitely your speed, but as someone seeking actual story, it bounced right off. 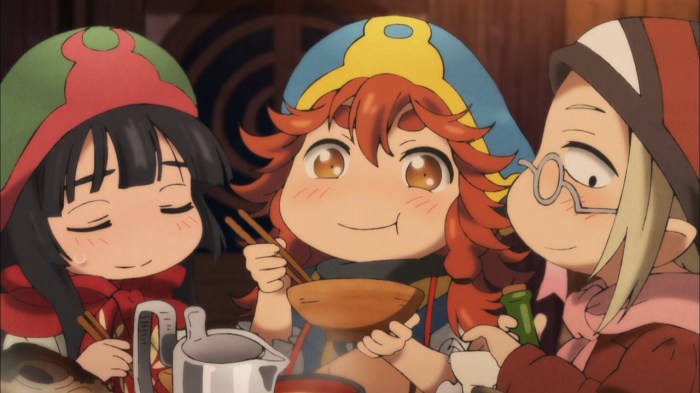 Iro’s verdict: I Guess It was Cute?

I’m broadly with Zigg on this one; this show is cute and chill and entirely unsubstantial. There’s a time and place where I’d probably be all over this, but as things stand, there’s just too much other stuff to watch for me to spend time on the adventures of tiny fantasy people. That said, the art is quite nice and I particularly liked the more urban segment of the episode. Alas, considering the title card and general vibe, it looks like most of Hakumei and Mikochi will be spend in the forest, which drains what little enthusiasm I have left. Perhaps another time.

It’s true that there’s not much here in episode one in terms of story, but I did find myself intrigued by some rather fun worldbuilding. Talking animals and communal living isn’t new or even rare in anime, but the characters we meet in town were full of charm. For real, seeing a full-size cat running a store is pretty good. Seriously though, what interests me the most here is that the tiny human-like species doesn’t completely outnumber the others, so we get to see fun oddities like a grasshopper delivering the mail. Interestingly there’s even the concept of keeping a pet, which is brought up in relation to beetles (which were of a similar size to the two girls) and a bird (which could absolutely eat one of them when fully grown). I would like some story going forward but I’m not convinced there’s going to be much of that, and honestly I think that’s fine if the world they’re showing us has more to offer.