Saturdays at 12:30 pm EST on Crunchyroll

Rei gets informed by the worried chairman. Even well after the match, he is consumed by the euphoria from his match with Souya, but Nikaidou’s return snaps him back to reality. Most importantly, the Kawamotos teach us how to make the best soft-boiled eggs and it is the best combination of cooking and cuteness ever. Come fight me, Sweetness and Lightning.

As I suspected, the Chairman did know the truth about Souya. I’m still confused as to why this can’t be more well known. It seems unfair to Souya to make him seem like some kind of bizarre eccentric when answering questions instead of telling the truth and letting his true thoughts be known. No matter how much someone has become adjusted to life alone, that should never be the natural state of anyone. Companionship is a basic need, and without it we can lose what makes us most human. That’s why, even with Rei’s captivation with Souya’s shogi place, Souya comes out of this arc looking utterly pitiable. Being disabled is no reason to keep someone marginalized, and so long as Souya is treated more as a vector for his shogi rather than a real person to be loved, he lives a life I would wish on no man. 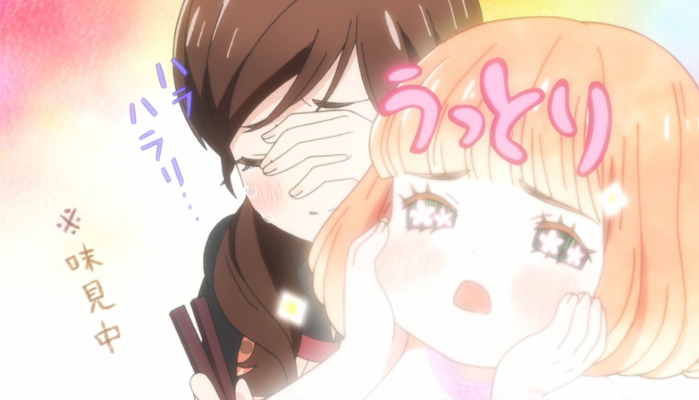 All bow to the power of the perfect jellied yolk!

Any aside by the Kawamotos is welcome, even if its some adorable kitchen PSA by the mangaka to let us know about her new cooking hot takes. Honestly, I have been trying to figure out how ramen shops get those perfect egg yolks for a while now, so I will unironically say this was my favorite part of the episode. Back to shogiville, it’s clear that Rei’s match against Souya has taken him too far off the deep end. He’s become obsessed with his match to the point that he’s missing time with the adorable egg dorks! Sheer madness, if you ask me. Thankfully, Nikaidou is back in action to break him out of his stupor. Nikaidou has been his guiding conscience so to speak in not letting his single-mindedness take over him. It was nice to see him come back from his illness ready to fight, giving Rei some well-deserved peace of mind. All things considered, I’m glad we’re taking a break here, as there’s no big cliffhangers to keep me waiting. While I’ll certainly miss the place this show has had in making my Saturdays relaxing, I am content in waiting for it to come back.

Now, with the Olympics coming up and Lion going on hiatus for three weeks, I don’t want to let that be a license for me to be lazy. That’s why I’m giving you, our loyal readers, the opportunity to decide what I’ll cover in the meantime! Darling in the FRANKXX and Violet Evergarden are certainly some of the more marquee shows we elected not to cover in favor of our fun Cute Anime Battle Royale, but considering shoujo stories are more up my alley I could be convinced to give After the Rain a fair shake, despite my initial feelings for it. The Power is Yours!