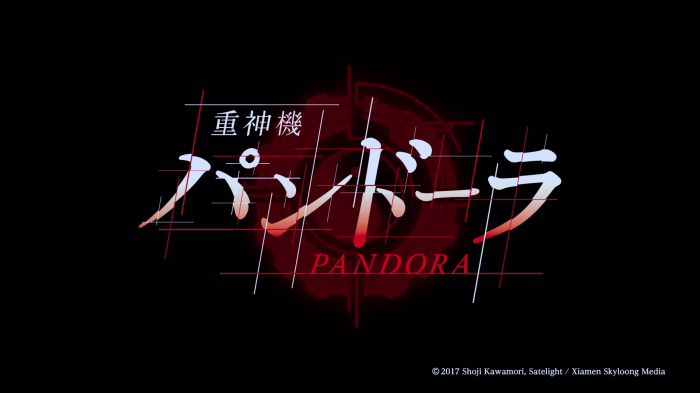 The development of revolutionary energy technology led to a mass apocalyptic event created by “Evolution Fields,” which have caused biological organisms to merge with technology, leading to monstrous evolution and devastation. In the wake of this apocalyptic event, humans desperately fight against both these monsters and each other for survival.

Jushinki Pandora is basically just a mishmash of ideas that show up in every Kawamori headlined anime, from transforming robots to people getting naked during those transformations to bad CG mecha. All it really does is remind you that Kawamori used to be one of the best mecha designers in the industry but can’t write or direct a story to save his life. I actually liked some of the designs in this show and the character production quality is actually fairly decent. There’s potential in a post-apocalyptic mecha anime about fighting giant monsters to be a dumb fun spectacle. As a result, the hilariously bad CG mecha and monsters is just so jarring it makes the show as a whole unpleasant to watch. In the wake of shows like Majestic Prince and Bubuki Buranki that aired years ago, it’s baffling that so many mecha anime shows in 2018 can still struggle to create and animate decent looking CG.

It makes me wonder if it’s an intentional design choice, but I can’t even begin to figure out why you would intentionally make your anime CG look like a muddy textured mess. It’s never looked good and it’s never fit well with the standard anime aesthetic. If you look at some of the screencaps I took, you can see how the CG just makes everything blend together in a way that prevents anything from standing out. Overall, the rest of the show isn’t super interesting either so at the end of the day, it’s just unremarkable. Kawamori can make a cool robot, it’s just a shame he can’t make a cool anime. 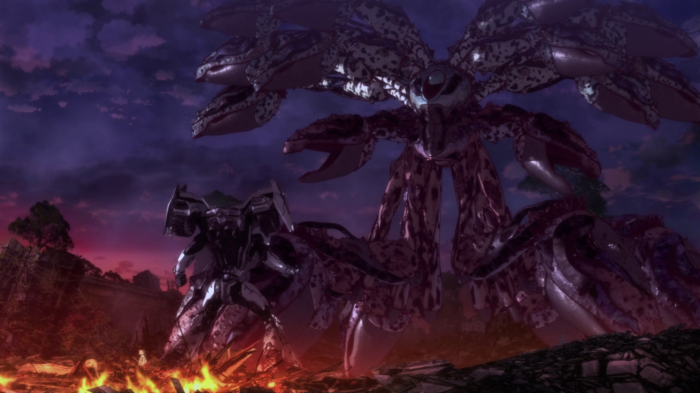 I can’t say I have too much experience with mecha headliner Shoji Kawamori’s other work (I watched the Macross movie and the more recent Delta), but one would think that his hot new show would at least be something notable. Sadly, Jushinki Pandora is barely worth attention. There are a few interesting ideas in the setting and designs (Kawamori’s penchant for transformers hits hard here), but they’re all squashed by the poor production values – the show is rotten with poor CG monsters and mecha alike – and some all-around dull writing. I wouldn’t call most of it “bad” necessarily, but it’s all so unimpressive that the entire show drags itself down to beneath my notice. Give it a pass unless shit gets wild in episode two or three, which I sincerely doubt.