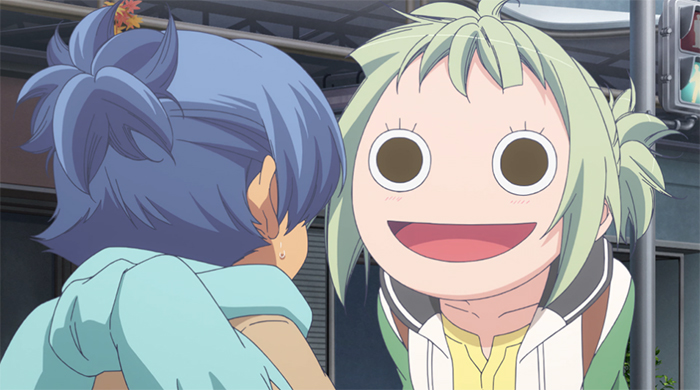 HEY KIDS, welcome to another edition of The Roundup! While I come to terms with the fact that Pikari’s muppet face is terrifying out of context, enjoy another batch of anime episode reviews. Spoilers: Hinamatsuri is really good, Tada-kun is really bad.

Jel: ​Not a fan of all lazy coincidences and misunderstanding drama, but I think they did a good job of creating an absolutely loathsome rival character without resorting to making him a rapist. Seriously, I want to murder this guy. The important thing was Tsutsun’s response and while the boy still needs some self confidence, he did OK. There were no claims of “owning” Igarashi as if it was up for him or anyone else to decide who she goes out with. I was also glad to see the two have developed a certain level of mutual trust to the point where there was no question in Igarashi’s mind that Tsutsun is innocent. I would have been mad enough to drop the show if she actually bought into the lie. Now if we can only prevent turning this rival guy into a new friend I’ll be happy, unfortunately I’d bet good money that is exactly what will happen next.

Jel: ​I guessed I missed the memo on this week’s episode, so I was pretty shocked to see Last Period’s attempt at tackling the random crossover event. More importantly they mixed up a few key elements of the formula, with Wiseman temporarily teaming up with the good guys and the surprising amount of restraint shown in not having them roll another 1 star monk. The tone of the episode itself was even a little different with the more serious haunted house setting, which makes me think the shows creators might have more range than I was expecting. Throw in some really solid meta jokes that I’d rather not spoil and this was a pretty fun episode overall. I’m finding myself less and less hesitant to just say this is a good comedy with no strings attached, hopefully they can keep delivering. 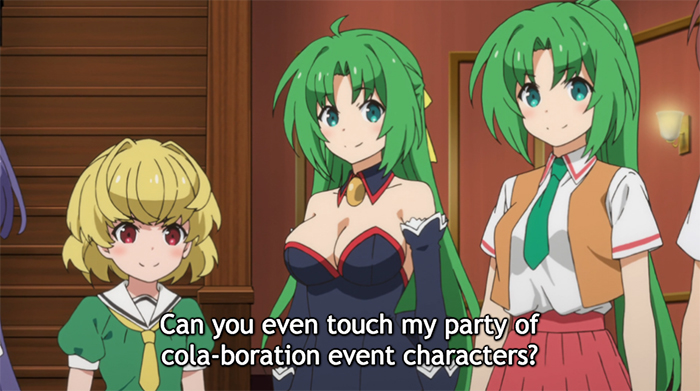 Jel: ​This AI thing is starting to look suspiciously like the movie Her to the point where I can’t believe it wasn’t an influence. That’s not necessarily a bad thing as it continues to be a refreshing break from time travel. Not much actually happens as this was basically establishing how powerful the Amadeus technology really is. To both Okabe and the audience, Kurisu feels “back”, making it all the more painful when we get our reality check at the end of the episode. The lab party bits are kind and silly and frivolous but those also hurt knowing things will seemingly never be the way they were. The only thing that annoyed me was Mayuri’s friends implying something was going on with her and Okabe. I really appreciated they never went there in the original series, I don’t want to go there now.

Marlin: Kurisu was definitely one of the big reasons Steins;Gate, especially in the first half, was well regarded for its characters. She had some of the classic tsundere tropes baked in, but through the writing you could tell she had more to her than her relationship with Okabe. She was genuinely smart, she cared about the other lab members, and she had a good sense of humor. This is mostly recreated here with Amadeus, though something does seem a little off. It may be, as it alluded to, part of its programming to be inquisitive, but it seems beyond nosy into the realm of being possessive of Okabe’s time, a trait Kurisu definitely didn’t have when she was alive. Still, I’m glad we aren’t transitioning into treating it as alive. The Christmas party was weird, but I guess this is no different than the random times they would go to see Faris in the first couple episodes of the original. What’s important is that the plot still has me hooked.

Jel: ​I’m just going to say it: this show is not very good, in fact, if it wasn’t so well made I might even say it’s bad. I suppose focusing on the worst characters this week did not help things. Pin-senpai is an insufferable creep and yet when Alec calls him out for what he is, I immediately thought “here comes the flashback to some mundane nice thing he did when he was a kid to make Hinako love him”. Right on cue, we get the “he’s actually good!” speech and a shot of him as a boy protecting her from a mean dog – couldn’t even make up a different moment than the one in the OP! To say that’s lazy and predictable is one thing, but the fact that we’re supposed to ignore all the spot on things Alec accuses him off just because of that is plain insulting. My only hope is we can put the two worst characters on the shelf for now and maybe things will get better moving forward. 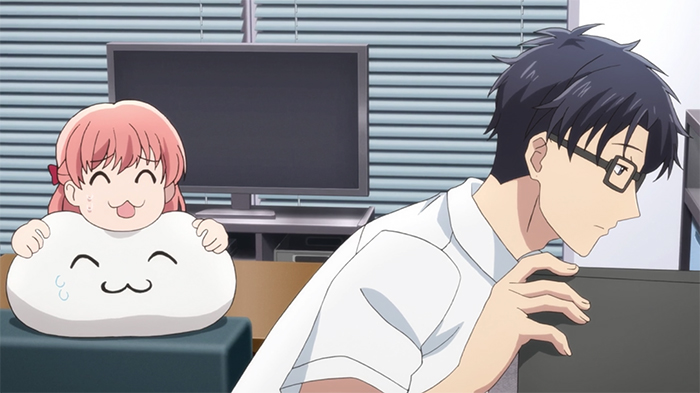 Jel: ​I feel like Wotakoi has been missing a certain realistic, human element up to now. It’s been fun and refreshing to a certain degree, but the characters haven’t felt as real or relatable as I was hoping for. The trip to Comiket didn’t particularly help and the four person sleepover concept was kind of odd too, despite being pretty cute. Fortunately this episode ends strong, as Hirotaka continues to be smooth enough to carry this entire show on his shoulders. I love that they are trying to be more open and honest with each other and I think that will only make the show better over time. I’m still not wildly in love with Wotakoi, but at least it feels like they are moving in the right direction now.

Marlin: I’m going to just drop in and say I once went to a sleep over for New Year’s Eve with men and women ages 24-27, and we spent the time playing the Jackbox Party Pack, Mario Party, and a drinking game to the movie Clue. So, this episode’s events have some basis in reality.

Jel: ​This episode was a fantastic example of how to do characterization without explicitly saying things. We’re given an opportunity to compare and contrast Hina to the other two girls as well as see where Nitta’s head is at, making us understand exactly why the two of them should be together. We even get a glimpse of Utako’s softer side, which was needed after what she pulled last week. It reinforces the idea that the adults in this show have some severe, even dangerous flaws, but at the end of the day they are pretty good people. Basically this episode’s combination of black humor and heartwarming kindness felt tailor made for me and I loved every minute of it.

Marlin: This episode strikes the kind of balance I want out of my black comedies. It becomes exhausting to have it be about terrible people being terrible all the time (See It’s Always Sunny in Philadelphia), so it’s good when we get this kind of episode showing that the characters aren’t perfect, but they’re not monsters. They’ve also managed to make Hitomi’s evolution into a completely self-sufficient adult at age 13 never get old. After everying was said and done, I’m not quite sure if Hina actually learned her lesson, but I guess we’ll have to wait and see. 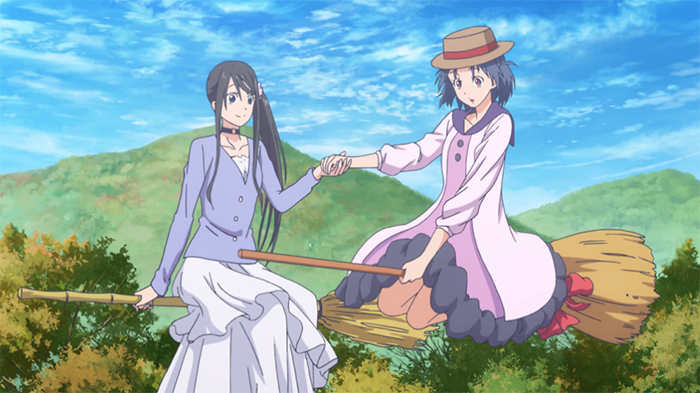 Jel: ​OK so the elephant in the room here: is Teko a witch a something? I know she was supposed to be in a dream and I’m mostly joking but that is not how dreams work. I mean, the other girl ends up walking out of the same café. Regardless, it felt really weird having a fantasy element in such a down to Earth show, I’m not really sure if it added anything. I feel the same about Pikari’s sub plot with Kokoro. I appreciate the attempt to show the girls can be happy and have fun independent of each other, but I don’t know if that’s what we really need right now. I suppose it is something different at least, so maybe trying new things will work out for the best in the long run.