At a high-end antique shop in Kyoto’s Teramachi Sanjou shopping district, a young man named Yagashira Kiyotaka (aka Holmes) works as the main shopkeeper for his father and grandfather. When high school student Mashiro Aoi comes in one day hoping to get a family antique appraised and sold, she ends up working there part-time. Together, they solve odd cases brought to them by their clients.

While I can’t think of anything truly terrible to say about Holmes, I also really can’t think of any reason to praise it, or any reason to keep watching at all for that matter. For the most part I found myself profoundly bored, from Aoi reminiscing about an event that happened two weeks ago at the beginning of the episode (although the way she spoke about it, I expected it to be months or years) to Holmes’ stupid assertion that he’s a ‘nasty Kyoto boy’ at the end. Honestly, I’m getting pretty tired of mystery or detective-themed anime referring to the name Holmes for no good reason. While I get the pun behind the name here (and can at least appreciate the fact that the character isn’t the one who gave it to himself), the fact that it’s included at all in the show strikes me as fairly pointless, even detrimental, to the series as a whole. Invoke a name like Holmes and you’re going to get comparisons, deserved or not –and most of them will likely not be flattering.

It doesn’t help that Holmes looks incredibly cheap. Even if you happen to like the somewhat generic character designs and overly filtered colour palette, the background art in particular appears very slapdash. Faces from afar are often shown sans any detail whatsoever (eyes, nose, mouth, the lot, even of the two main characters), any antiques that aren’t being shoved directly in front of the camera are clearly drawn in the space of about second with near-identical outlines, and the few visual details of any person or object that are included just aren’t particularly pretty or well-animated.

My advice is to skip over this one unless you need some help getting to sleep. It’s largely inoffensive, sure, but it’s also dull as ditchwater. 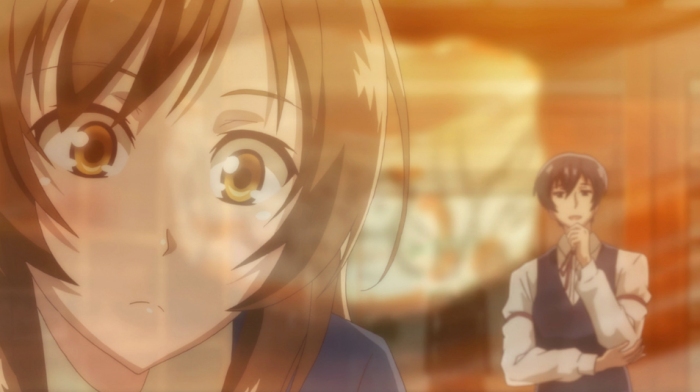 My verdict might be a little misleading since I actually enjoy Antiques Roadshow and the antique talk was arguably the most interesting part of the episode. It’s everything else that is extremely boring, particularly the characters. The show wants us to believe our main guy is some “nasty” bad boy and our main girl is hot tempered enough to sell a national treasure just to yell at her ex-boyfriend. In practice though, they’re both super polite and just stand around talking. In this rough season I can at least appreciate there’s nothing offensively bad here, but there’s also not much reason to keep watching.