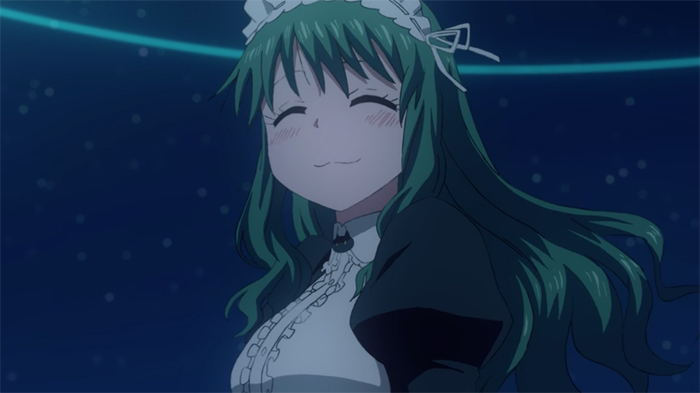 As we hit the penultimate Roundup for the summer, this batch of episodes feels like a mixed bag. Almost every episode is half good/half bad to varying degrees. At least Planet With delivers some strong moments and Asobi Asobase, is still consistently great. Here’s hoping we can get a stronger finish next week.

Artemis: I don’t have a whole lot to say about the episode itself, as it was essentially the midway ‘breather’ – not a filler, but certainly the slowest episode of Banana Fish so far (not that that’s saying a lot, given the show’s usual incredibly brisk pacing), as well as a much-needed break from the basically non-stop tension up until now. Key points to take away from the episode: even Golzine has superiors to whom he apparently has to answer, Banana Fish is indeed capable of inserting humour where it’s actually appropriate to do so, and Ash looks surprisingly cute in reading glasses. Also, while the show’s animation budget is clearly not particularly high, there were one or two really nice still frames that I assume were lifted more or less straight from the manga. I wish we got to see that kind of thing more often in this series.

Jel: I understand it’s far too late for Chio to turn things around and live up to its potential, but getting such an average episode with only one more to go was really disappointing. The first bit about staying up all night playing video games had some pretty funny and relatable moments, but that got dragged down by extremely obvious and unnecessary panty shots totally out of left field. Then the second half was just… meh. I guess they wanted to make sure Asobi Asobase didn’t corner the market on body odor jokes, although drawing comparisons to that much better comedy is probably not a smart move. At this point I just hope we can make it through the final episode without someone getting groped or something, but seeing as Kabaddi girl is in the preview I’m not getting my hopes up.

Chio’s School Road- The most relatable moment of the series

Marlin: This episode makes Deku seem much more reticent to fight than the last one, which I suppose solves my problems with how this developed last week. It’s nice to see Bones pull out all the stops in this fight, giving it a great amount of both technical spectacle and kinetic fight choreography. It’s good to see Deku slowly grow as he uses All For One more and more. The beginning stages of him breaking himself over and over again were starting to get implausible, especially since he does it twice so soon after Recovery Girl warned him he would lose the use of his hands back at the end of the sports festival. As much as it’s nice that Bakugo is given more depth to his conceited and antagonistic behavior towards Deku, it still doesn’t excuse him for being a total d-bag. I’m also not too happy that he’s somehow able to pull out the win. I wish there was at least some kind of explanation of base level physical resistance to explain why everyone’s able to take even 5% punches to the face without a major concussion, otherwise it just makes this win feel cheap. As we slide into the end of the season, I have the same problem as the first two. Each time, the show has been able to craft a story where its first half was absolutely engrossing and then its second half made it slide from “it’s amazing” to “it’s good”. I hope the teaser for what’s to come will at least give us enough meat to chew on until MHA comes back.

Jel: It was kind of interesting to see the girls take a backseat to the side cast and almost play the straight women this week. While I would never want that for more than an episode, it mostly worked out well. The vice president makes a good foil similar to the episode where they met the gyaru girl, and using her to setup the series of elaborate, escalating events that got the girls’ movie approved was quite satisfying. On the flip side, I was really glad we got to see the precious cinnamon rolls from the occult club one last time before the show ends. Now we just need to see what this movie is all about. I’m assuming that will be the focus of the final episode, including the aftermath of showing people whatever vile filth it contains. I can’t wait 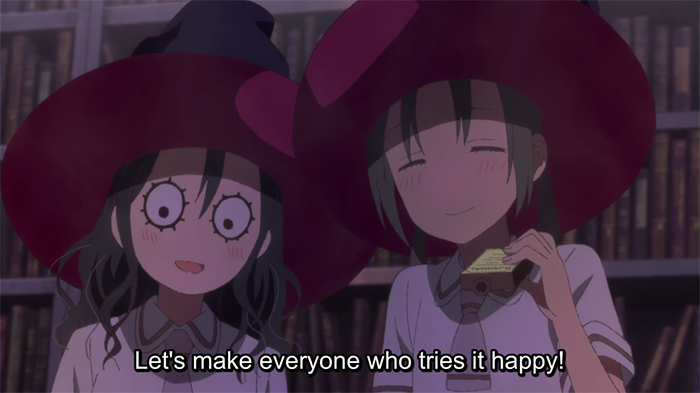 Asobi Asobase – The world does not deserve these two.. we’ll ignore the zombie cookie monster

Jel: I hate that this show is so good and yet the first thing I think of when writing about this episode is how bad that CG dragon looked. I know we are bring the bad CG up a lot when talking about Planet With and I am more forgiving of those kinds of things than anyone, but when that is the best you can do for such a big climactic scene… it really drags things down. I really want to take this beautiful statement about love and forgiveness seriously but it’s tough when it looks like I’m watching a PS2 game cut scene. Fortunately all the non-CG related scenes are fantastic as we catch up with everyone after the time skip. Gingko and Soya’s scene on the rough was particularly touching after all we’ve been through, and despite my complaints I’m still looking forward to seeing how this ends.

Jel: The first half of this episode was a mess. They tried to keep things sweet and sentimental on Nagisa’s half while being super heavy and dramatic with Ayano. They’re also refusing to address the fact that 1. Ayano’s Mom is a terrible person and 2. Ayano herself is basically a full on psychopath at this point. There’s no time left, those two things need to be handled NOW. That said, the actual big match is pretty exciting given all the build up we’ve had. Nagisa as the cool, calm, better human being is satisfying to see, although final opinions are going to rest entirely on what happens next week. I’m kind of sad the match wasn’t better animated, but given the state of Liden Films last week I’m just glad they got an episode out.