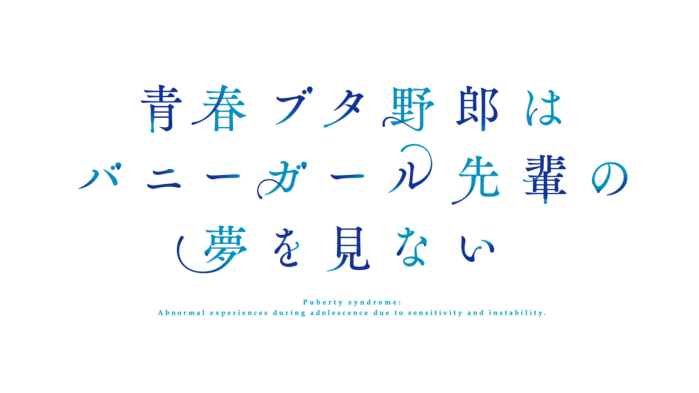 Sakuta Azusagawa is minding his own business in a library when he notices the celebrity senior in his school parading around in a bunny girl costume. He finds out that he is the only person that can see her outside of the school. After proving this phenomenon real, Sakuta reveals it might be linked to a rumored Adolescence Syndrome which affected his own sister.

Marlin’s verdict: Will The Real Uchikoshi Show Please Stand Up?

Well, that is a Riddle Story of Devil level bad title translation. And yet, even the titular bunny girl scene isn’t as crass or poorly done as you’d expect a light novel adaptation to be. Sure, the guy ogles a bit, but seems to restrain himself, and unlike most terrible LN protagonists, he’s able to carry a conversation with her. His conversations and actions are something I’d expect your average oversexualized teenager to do. Even the period comment seemed clear, he wanted her to be offended so she would stop hounding him. I’m not going to defend that strategy, but it’s clear he thinks through his problems. It’s honestly a shame that the bunny girl part seemed clearly just to make an eyecatching title, considering the suit gets dumped by the end of the first episode it would have been better for it to never have shown up at all.

What we do learn is the kinda story I would expect from Kotaro Uchikoshi. A plot with snarky leads linking paranormal activity to popular science ideas is right from the Mad Pseudoscientist’s playbook. While some of the peripheral characters give me pause, (his sister basically reminds me of an even more traumatized Pet Girl considering this is from the same author) there’s enough good dialogue between the main character that I enjoyed it. It’s reminding me a lot of the golden age of Light Novel adaptations like Kokoro Connect which were able to present supernatural events as a metaphor for its character’s psychological or relational issues. That aspect of the first episode that actually leaves me intrigued and wanting to recommend this show, even if it comes with a floppy eared caveat. My scalding hot take pitch for this show is “What if PA Works made the Monogatari series?” and that leaves me with a lot of mixed feelings. If you told me that 6 or 7 years ago I’d be excited but now? Maybe not as much. To clarify, I understand the show is not “actually” made by PA Works, but the character designs, art direction, and really nice animation look like their handiwork. That is an unqualified good thing. As for the Monogatari comparison, most of the show is a bunch of teenagers with baggage talking about their problems and surprisingly world weary views on life while dealing with weird supernatural phenomenon. I’ll even admit, our main two characters have some chemistry between them, even if they are both kind of unlikable.

That all of sounds OK on paper, and certainly better than whatever we originally thought this show would be. But just like Monogatari is a double edged sword, we get a lot of anime nonsense to deal with here as well. In this one episode we have our snarky main character who you could have plucked from any pre-Isekai boom light novel series, our prickly main love interest (and conveniently, titular bunny girl) who will undoubtedly warm up once our “hero” solves her problems, and as a bonus we even get a clingy imouto who climbs into bed with you and makes morning wood jokes. Awesome. It feels like the show will attempt to tackle these things in a somewhat self aware manner, but finding clever new spins on trashy anime clichés is not very exciting in 2018. I’ll give them credit for at least trying to do SOMETHING here, but I don’t foresee that being enough to make it worth watching. Not to say this show is necessarily good, but there’s an appealing sense of cynicism running through it, not to mention a decent dose of the ol’ pseudoscience. In another world this could be the set-up to an offbrand-Persona game, but instead we have the leads sniping at each other at every opportunity and the clear makings of a classic mid-00s harem show. There’s always a chance it’ll be a “decent” harem show (Haruhi comes to mind, and this ain’t Haruhi), but opening with a double-whammy of girl-in-bunny-outfit and little-sister-hugging-in-bed doesn’t exactly bode well. It’s earned one more episode, but I don’t think too many more.

2 thoughts on “First Look: Rascal Does Not Dream of Bunny Girl Senpai”