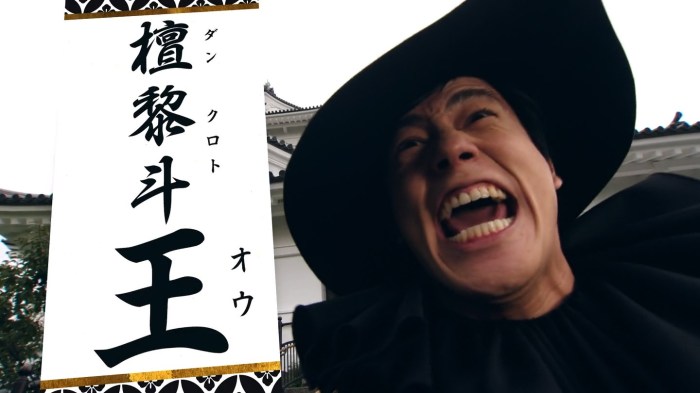 Kuroto Dan, CEO of the Dan Corporation, announces his intent to secede from Japan and form his own sovereign nation. Intrigued by the possibility of learning from a brutal, egotistical overlord in person, Sougo decides to emigrate.

This episode is…baffling. There are so many bizarre, out of sort things about it that it’s tough to believe the writing team is still entirely in control of the narrative, and if there were any doubt that they don’t understand the themes they’re dealing with, that’s pretty thoroughly established here. 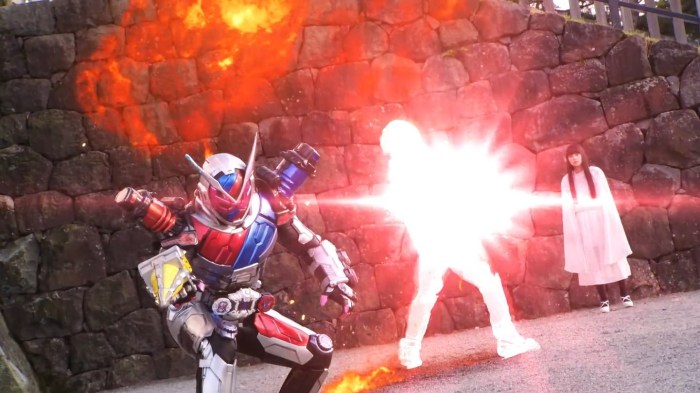 Let’s start with the elephant in the room though, which is the presence of Kuroto Dan. Look, I get why he’s here, I really do. He’s a popular character, from a recent show which the target audience are more likely to remember, and a cameo which the peripheral audience are likely to appreciate. In a show which has so far struggled to make its villains interesting or memorable, he’s definitely not a minor presence. And whatever you think of the result, it’s hard to deny Tetsuya Iwanaga puts absolutely everything out there with his performance, which is refreshing in a show full of people who struggle to emote at the best of times.

With all that said, Dan’s presence is utterly disastrous for this episode. Iwanaga’s constant non-stop mugging is so drastically out of step with every other performance in the show that it creates a horrible rift, almost as if he’s in an entirely different episode compared to all the others. It’s especially bad when he’s up against the… let’s be kind and say ‘stoic’ performance of Geiz. I think Dan’s tremendously entertaining in the right circumstances, but the episode isn’t designed to take advantage of the character’s unique strengths, and the result is he just feels transplanted in…which is of course exactly what happened. 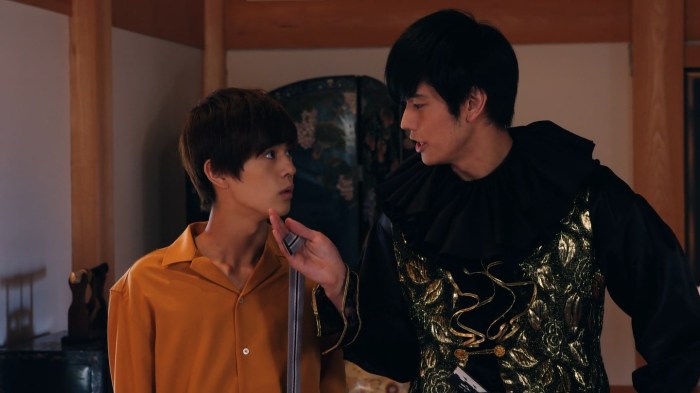 The other major issue here though has nothing to do with Dan really, and that problem is that Sougo is just a colossal asshole in this episode. All along, his desire to be a king has been pretty dubious, but this time they really take that idea and run with it to disastrous effect. Dan is unambiguously portrayed as pure evil here, siccing monsters on his own people and almost murdering Hina with his bare hands…until Sougo comes in and expresses how in awe he is. He then proceeds to shack up with Dan, act as his retainer, and even battle Geiz, all in the name of…getting to know him I guess? Look, I know the result of this is probably the inevitable ‘I was actually good all along!’ but this episode still has the visual of our hero cheerfully standing aside while an innocent woman is thrown into jail. It’s not a great look, you know?

On top of all that, there’s the fact that this thing is barely an OOO tribute, even by the pretty low standards of the episodes we’ve seen so far. Whether you like the show or not, it’s tough to argue against most of this installment revolving around an Ex-Aid character, and they even leap back to 2016 again so we can see Geiz get his Genm armour on. It’s especially infuriating since this is one of the times they actually got the original actor back, and it’s pretty frustrating to see Shu Watanabe only pop up in the final moments of the episode, especially since his role in this alternate timeline is potentially interesting. I know that there’s a whole second episode to come, but the immediate impression is that Toei decided that one of these shows was more important than the other, which is understandable from a purely commercial standpoint, but as an OOO fan it’s a real dagger to the heart, and a cardinal sin that no anniversary show should commit. 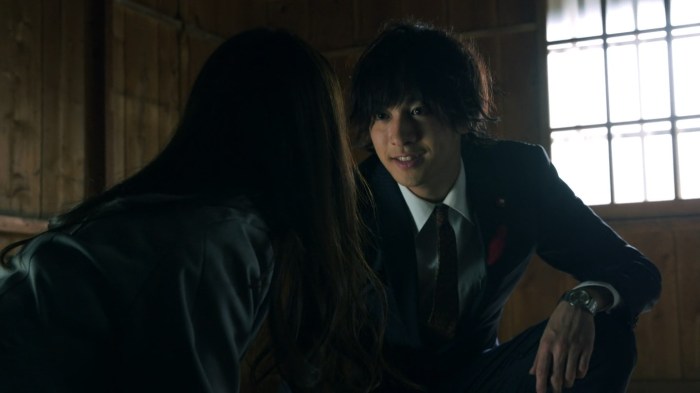 The net result then is an episode where there’s basically nothing to catch my attention. Geiz’s jaunt into the past is a total wild goose chase which achieves nothing, while Sougo in the present is so unlikable I just care about the character even less than normal. Dan is occasionally entertaining but also such an asshole he’s not really worth rooting for, and Tsukuyomi is just there, as usual. Honestly, Hina is the closest this episode comes to a conventionally heroic figure, which is INSANE if you think about it for a moment. I don’t need Kamen Rider to be some sort of Homeric epic, but for god’s sake guys at least give me someone to root for. Is that too much to ask?