The Druidon Tribe once ruled over Earth 65 million years ago, but abandoned the planet when it was threatened by a large meteor. The Ryusou Tribe, who fought against the Druidon, stayed and survived, their descendants vowing to protect it from evil. When the Druidon return to claim back Earth, it’s up to a new group of Ryusoulgers to put a stop to them.

Given how much of a departure Lupinranger Vs Patranger was from the Super Sentai formula, it was a bit of a surprise to hear they were returning yet again to dinosaurs. Sure, we have knights too this time, but dinosaurs are back nonetheless. Incidentally, the last dino-themed show, Kyoryuger, is easily my favourite Super Sentai, so Ryusoulger was going to have to do a lot to get me on board. Fortunately, even with a bit of theme recycling, it does a pretty outstanding job of showing that there’s much more to this show than big red tyrannosaurus rexs.

What I found most impressive was the fight choreography, and that might be the first time I’ve ever felt like needing to praise it in many, many years of watching toku shows. Red’s solo fights were very well done, from the wailing on the generic soldiers at the beginning of the episode alongside his mentor, to later on in the episode when he was squaring off against Tankjo. Throw in some hammy, toy-related power-ups and we have a thoroughly enjoyable series of fights. But what I found even more impressive was the fight between the monster of the week and KishiRyuOh Three Knights, the very wordy giant robot that Red ends up piloting. While I’m sure it’s not the first time we’ve seen a Sentai mecha move that quickly, the mix of speed, camera work and more good choreography made for a heck of a fight. It feels like a huge departure from the deliberately sluggish robot battles of old, and I love it. 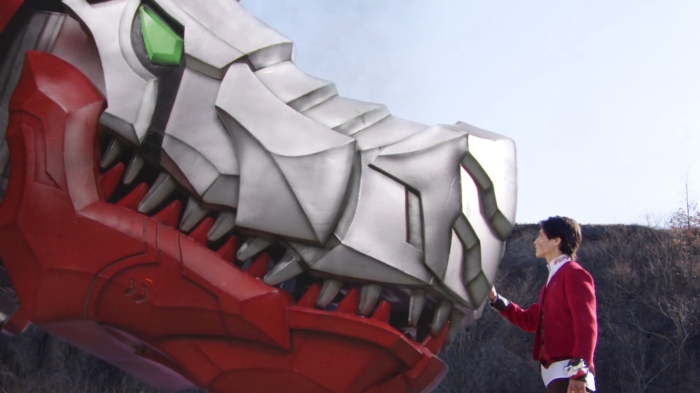 As for the characters, there’s not much to say after just one episode. However, I do appreciate them committing to the demise of their mentors, as it really helped sell the dire situation the Ryusoulgers are put in by the Druidon, and gave them all pretty good motivators beyond the usual ‘save the world’. The synergy of the cast in Kyoryuger is one of my favourite things about that show, made even more impressive by just how many rangers were in it, so I’ll be very happy if Ryusoulger can get even a little close to that.

Finally, the toys. They’re incredibly silly, but very good nonetheless. Seeing the Druidon grunts stand around while Red flaps the dino head on his sword to power up is far more entertaining than it should be. The tiny toy knights they use as power-ups are hilarious, but perhaps not as much as when they materialise and dance around the cast while they’re transforming. The voice over work is perfect, and I feel very happy to know that there are kids out there yelling “Ryusoul Cool!”. A terrific first episode, and I’m incredibly excited to see what comes next. 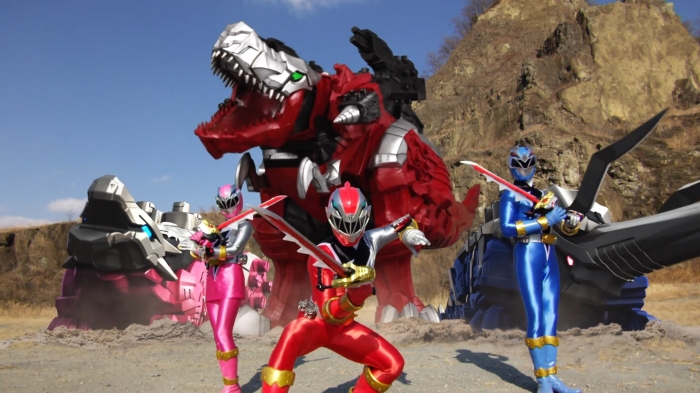