When the North and South of Patria were at war, forbidden techniques were used to transform human soldiers into monstrous creatures. Now the war is over, but the “Incarnates” are slowly losing their minds and becoming even more dangerous. Hank Henriette, former captain of the Incarnate squad, has sworn to hunt down and kill his former comrades before they destroy the fragile peace. 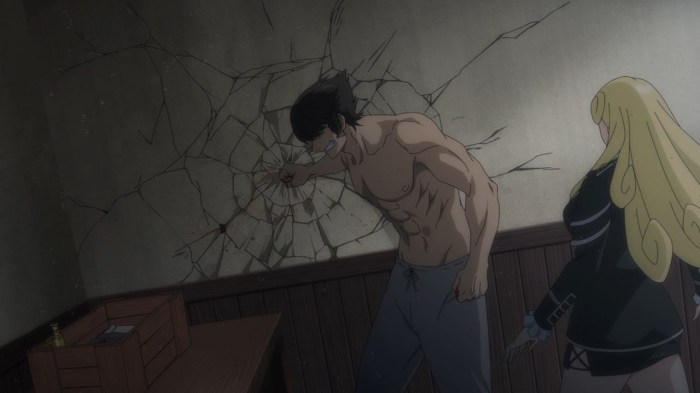 It’s hard not to compare Sacred Beasts to last season’s post-war supernatural creature battle anime, Fairy Gone, considering how similar their premises are. But, I find myself more inclined to enjoy Sacred Beasts than Fairy Gone for a few reasons. First, all of the monsters are animated in 2D, which I find creates a more cohesive visual aesthetic. Second, the tone is a lot goofier and trashier, seemingly without any aspirations to be Taken Seriously. This show won’t make any top ten lists, but considering the rest of the season lineup, some totally insubstantial popcorn entertainment that I can throw on weekly isn’t the worst thing in the world to be. Maybe last season just lowered my bar way too much? 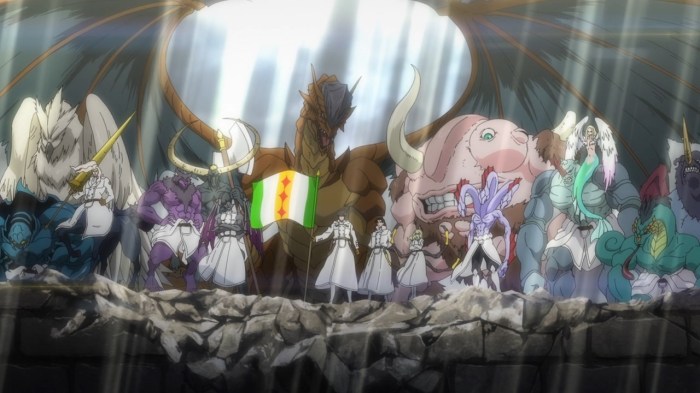 Despite inviting the immediate comparisons to last season’s Fairy Gone, Sacred Beasts leaves a better first impression thanks to some key components. The use of 2D animation for the monsters and their transformations goes a long way to making it easier on the eyes. Additionally, while Sacred Beasts is frankly pretty simple, bordering on stupid in its tone and storytelling, this actually does help. Fairy Gone’s greatest misstep was its attempt to tackle multiple divergent primary narrative arcs. Not only did this dilute its focus, but the story’s insistence on its self seriousness in spite of its technical failings made it even easier to criticize. Comparably, Sacred Beasts is shaping up to be the kind of inoffensive but wholly enjoyable anime trash that shows up every now and then, that’s technically competent, well made, and isn’t reaching for the stars. Sacred Beasts won’t impress anyone but it’s the kind of junk food entertainment you can easily consume should the mood strike you.

Despite all the comparisons to Fairy Gone, I couldn’t help but get vague Fullmetal Alchemist vibes from this – or rather, I felt that Sacred Beasts was attempting that kind of comparison, albeit not actually succeeding. My biggest problem was that the premiere tried to cover far too much content in much too short a time; there was a ton going on in terms of story that could’ve easily been stretched out over several episodes, maybe even half a cour. As a result, I didn’t give a crap about any of the characters, no matter which side of the fight they were on, so the parts that were supposed to be emotionally charged only ended up getting a shrug from me. Add on some awkward exposition of the “as we all know, Bob” variety and some seemingly random, utterly out-of-context fanservice, and this thoroughly failed to impress me.