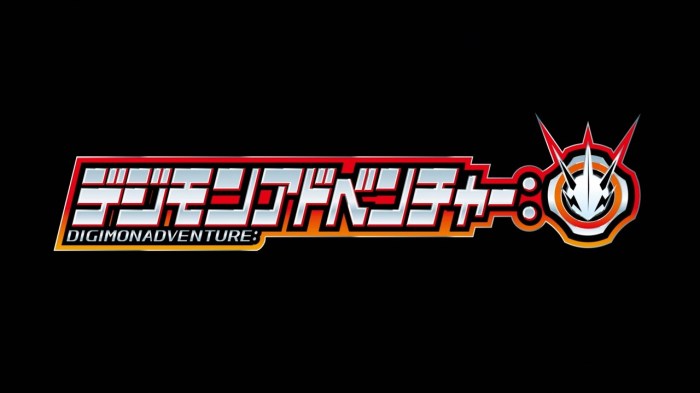 Zigg’s verdict: Standing On The Shoulders Of Giants

It’s difficult to write about this new Digimon Adventure because it’s almost impossible to judge on its own merits. Is the affection I feel towards it genuine, or is it merely a byproduct of the joy its predecessor inspired in me? Granted, I watched the 1999/2000 show only a few years ago, when I was well into my supposed adulthood, so I’m perhaps less vehemently opposed to the idea of remaking it. Still, if this is a complete reboot, with a completely new set of stories (and that certainly appears to be the case) then why not come up with a new cast to tackle them? Digimon the franchise has spent a lot of its last few years pandering to the base of people who saw Adventure as children and while this airs in a kid’s timeslot (and certainly looks to snag that audience also), it’s hard not to conclude that this is another example of that pandering. 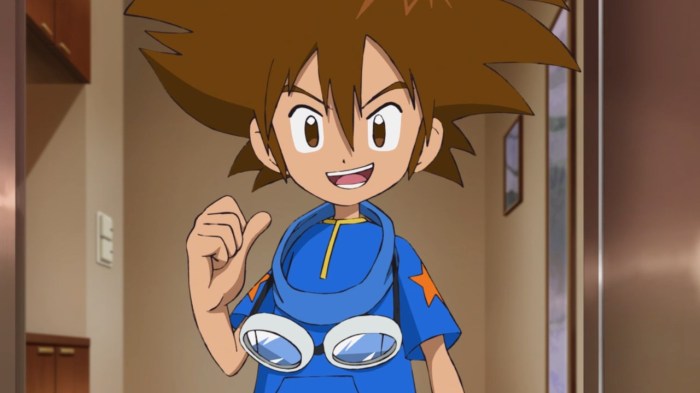 Putting other concerns aside as much as possible, I think this is a solid-to-good opener with potential to go some interesting places. Firstly I’d be remiss in not mentioning how good it looks. The decision to stick to the original 90s designs with some minor tweaking is vindicated by the bold, bright colours and pleasingly cartoony art style, lending the show a punch which you often don’t see these days. It moves well too, although given the notoriously tight Toei Animation are at the helm it’s probably worth holding judgement on that for a while. I’m less pleased that the show appears to have adopted the idea that the digital world is just endless blue cyberspace, something which has popped up increasingly over recent years. There’s a good deal of effort here to make it striking and intriguing, but it fails to capture the dreamlike surrealism so inherent to the older show.

Story wise this is very basic meat-and-potatoes stuff, introducing a few characters and getting our hero into a big fight early on to throw a bit of action onscreen. I’m pleased that we started with Taichi and Koushiro, whose relationship in the original is an underappreciated gem, and there’s some good groundwork laid in terms of Tai’s obvious concern for his family, and especially for Hikari. I will say that choosing to start with a redo of the Our War Game OVA seems unnecessarily risky. You’re basically pitting the new show direectly against one of the unanimously beloved high points of the original, and it’s almost certain to suffer by comparison. There’s also some concern (exacerbated by the OP and ED) that the show is going to focus too heavily on Taichi and Yamato, and lose one of the core strengths of the original in its layered ensemble cast.

Like I said, it’s tough to evaluate in a vacuum, but striving for objectivity as much as I can, Digimon Adventure looks to be a handsome production with plenty for kids and a few tidbits for adults too. It’s going to take time to tell if it can be consistently entertaining in the way its namesake could, but this is not a terrible start. Show me more please.

Iro’s verdict: Who Is This For?

The original Digimon Adventure is one of the few things from my childhood I might describe as “formative”, and our recent rewatch only galvanized my affection despite Toei’s best efforts to poison the well over the past 20 years. One could say I’m the exact audience for this sort of nostalgia-pandering reboot, but all it does is activate my “old man yells at cloud” response. The new series relies so heavily upon the old iconography that all I can see is how it’s different from the version of the show in my heart. Perhaps I ought consider that Digimon Adventure 2020 is made for the youth of today rather than the dregs of the 90s, but in that case, why not have an entirely new cast, new art, new setting? They want it both ways, and it rubs me the wrong one.

All that said, it’s surprisingly well produced. Though it’s never quite as often as we’d like, Toei has shown with some of its recent prodcutions (including Dragon Ball Super: Broly, of which one of the storyboarders is directing this show) that it can still bring the heat when it wants to. No stock footage is immediately identifiable, which is surprising considering just how heavily the original relied upon lengthy digivolution segments; the difference is especially striking when put side by side with Tri, which looked merely decent at the best of times and used crappy CG for the digivolutions. Less pleasing is the rebrand of the Digital World to be in line with more modern franchise installments, meaning it’s a bunch of Tron-esque cyberspace cubes rather than surreal landscapes and desert wastelands. I fully understand that I’m too mired in the past, and perhaps I’ll eat crow a few months down the line, but I just feel like I’d rather see a completely new Digimon show (Tamers was good, for instance) than whatever this is.

I won’t say there’s not plenty of room for Digimon 2020 to stumble, but to my surprise, the premiere had no problem convincing me to stick around for more. I used to watch the original show back in the day and am one of those weirdos that thinks that, beneath the more obvious moral-of-the-story-type themes and sometimes cringy moments, lay some genuinely nuanced ideas and complex character relationships. This first episode of the remake promises to bring all that back and more, from the subtle and brilliantly unspoken flashes of characterisation to the comically large shoes. I honestly don’t remember many of the details of the late 90s Digimon, especially from the first handful of episodes, so I couldn’t say whether or not this was a completely faithful adaptation (the obviously now more technology-advanced setting aside, of course). However, the storytelling itself sure felt pretty familiar, and the pacing in particular was strong – very deliberate, yet I was surprised to see the end credits and realise that twenty-odd minutes had indeed already passed. Bottom line, this felt like a really solid start, and I’m more than happy to give the series a real shot to prove its worth.