It’s the early 1980s and Keiichi Maebara is settling into his life in the small rural village of Hinamizawa. Hanging out with the local girls, he’s unaware that a dark chapter in the area’s history is about to unfold….

Zigg’s verdict: When They Die

I went into this not knowing anything about Higurashi beyond the fact that eventually some nasty stuff goes down and everything becomes horrifyingly dark. I think after this first episode I understand the story a bit better, because after a half an hour with these characters I was absolutely ready to watch them all die in the most horrible way possible. Every girl (and they are all girls of course) who isn’t our protagonist is an empty, catchphrase-spouting machine with the depth of a puddle, and there’s absolutely no attempt to move beyond the most basic cliches of the visual novel harem.

One might argue this is to make the later subversion all the more shocking, but since the show actually opens with an extended sequence of violence it basically shoots its shot right there and then. The attempts at foreshadowing are laughably heavy handed and the overall quality of the production is low. I can appreciate this all would have been much fresher and more radical in the early 2000s, and that Higurashi has a deserved place in the history of anime culture, but as a brand new show in 2020 it simply falls short. 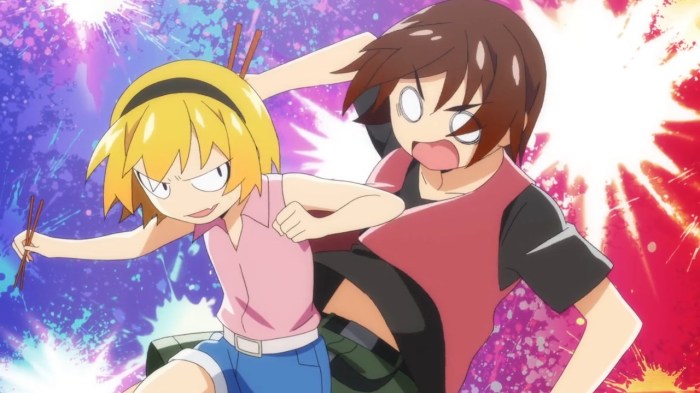 I watched the first half of the old mid-00s version of Higurashi and broadly respect it as a time-and-place sort of phenomenon. I don’t recall it looking particularly bad (certainly not as rough as this version looks to my eyes) and to my knowledge it pretty faithfully adapted the entire visual novel series, so this newer version seems like an odd decision. I suppose the rationale is to sell a proven product at a younger audience who hasn’t been exposed to it yet, but I’m personally uninterested in this sort of “shocking violence / mystery subversion of visual novel tropes” type show compared to when I was a teen. Skipping this one.

Euri’s verdict: Sure is Higurashi!

I watched the original Higurashi at what I consider to be the best time – while at University in a room full of friends, while drinking. The story is so bananas and the violence so gruesome that it was very much a show we couldn’t help but laugh at, but all things considered I had a pretty good time with it. Personally, while I’m on board to see if this new season does anything differently, it really didn’t need the remake treatment. The original anime still holds up and, as mentioned already, it just looks nicer. But I guess if you’re into Watanabe Akio’s character art (~Monogatari) then this version sure has some of that.

I will not ask why this show exists, though. There’s a mobile game out there.