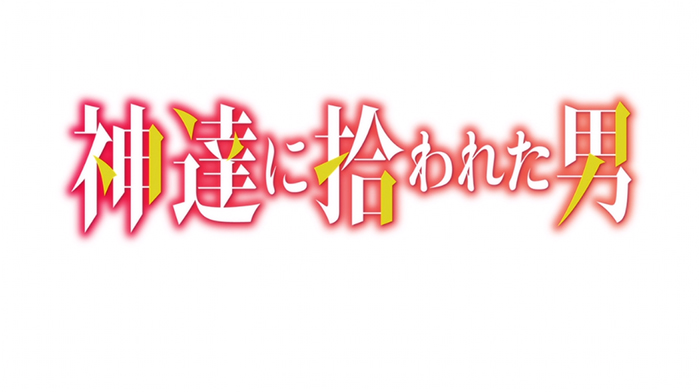 After suddenly dying in his sleep, middle-aged salaryman Ryoma Takebayshi is given a second chance by the gods of a parallel fantasy world. He is reincarnated as a young boy with great magical powers and uses his abilities to lead a fun, peaceful life.

Jel’s verdict: That Time I Got Reincarnated as a (boy who tames) Slime(s)

Watching this episode reminded me of an awkward moment back in 10th grade English class. I don’t remember any of the context, I just remember our teacher going on a tangent about how he would get so overwhelmed in college that he’d fantasize about his mother holding him like a baby. He was very serious and intense which made it weird and probably inappropriate, and even as a dumb teenager I recognized that was an unhealthy thing to long for. 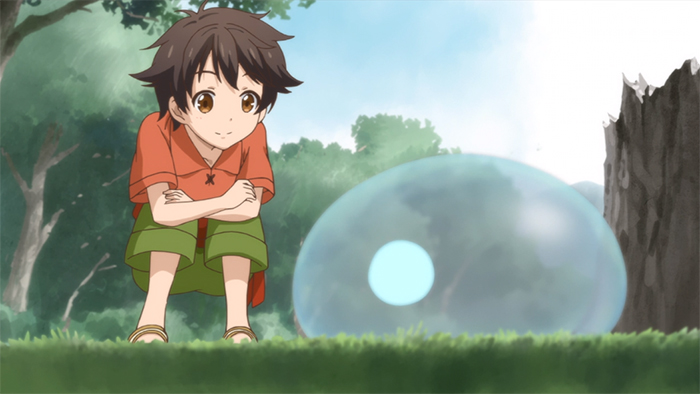 I had similar feelings watching By the Grace of the Gods. It’s a wish fulfillment fantasy like any other isekai show, but our hero does not want to be a stoic badass who makes his harem of lady slaves swoon (not yet anyway). Instead, he just wants to revert to being a child. As a beaten down salaryman literally worked to death, he looks forward to living as a carefree little boy, with all the time he wants to pursue whatever interests him.

On the surface you might think yeah, same bro, and I’ll admit it makes a decent premise for a chill slice of life fantasy series. That’s pretty much what we got in the first episode. Ryoma hangs out with his slime buddies and casually helps some strangers. There are some attempts at self aware comedy and the ending song featuring a band of cat girls, so I do wonder how chill the show will be in future episodes. But based on what we’ve seen so far, it seems pretty laid back. 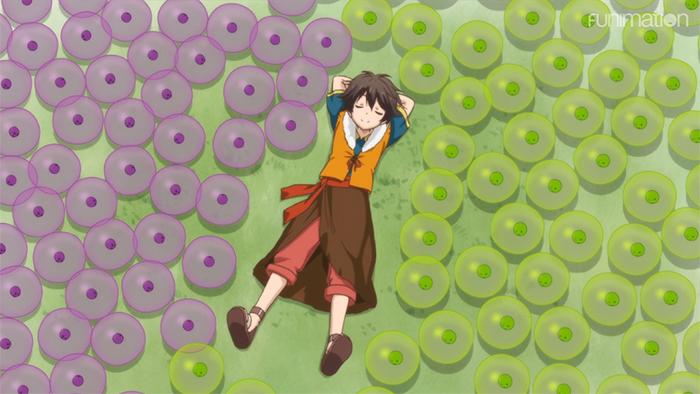 I kept thinking about my creepy teacher though, and I couldn’t escape the feeling that this was all wrong. I wouldn’t say it’s worse than the usual harem power fantasy, but is it really better? I think what we all really want is to be ADULTS with the time to puruse our interests, and still have fulfilling work that doesn’t burn us out. To just go back to being a child is pure escapism. Ryoma literally escapes human life, only interacting with his slime friends for several years. That’s not healthy.

To the show’s credit, Ryoma does meet some humans and seems destined to join them. So maybe they are taking more of a rehabilitative angle, helping him appreciate the good parts of being and adult and interacting with other people. If that’s the case, this could be an alright show thematically similar to something like Recovery of an MMO Junkie. Alternately, the cat girls could show up in episode 2 and this will just become a harem show like everything else. Either way, I don’t think there’s enough here to keep me watching.