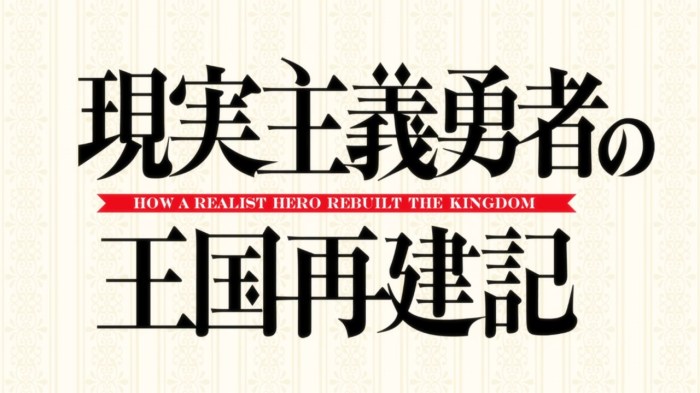 The eponymous “Realist Hero” Kazuya Souma is summoned to another world while in the middle of reading Machiavelli’s The Prince. Resolved to his fate, he decides to use his modern-day political knowledge to reform magic medieval society and gets crowned king for his troubles. 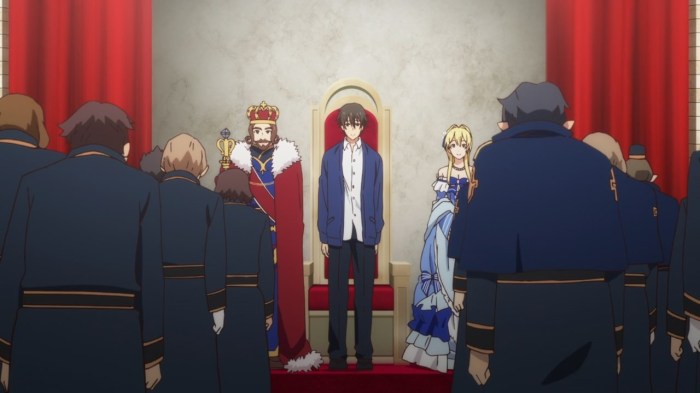 This is just another bog standard example of the “social reform” isekai subgenre following in the footsteps of Mamare Touno’s Maoyu and Log Horizon. I assume the kind of people watching this are used to enjoying more blatantly disgusting isekai shows like Jobless Reincarnation or Rising of Shield Hero, in which case Realist Hero‘s attempts at political themes might seem somewhat novel and fascinating. However, I am not in this presumed target audience and consequently do not find this show particularly interesting. I did however consider including the manga adaptation in a 2020 post on this blog where I reviewed a handful of isekai manga, which you can read at this link.

The idea of a hero who changes the world he’s whisked off to by politics and economics rather than by being super good at magic or killing has some appeal, but this is about the driest, least ambitious implementation of that concept you could imagine. What’s more, plenty of the traditionally crappy isekai tropes are still present and correct here, and they’re just as tiresome as ever. In fact, I might honestly have preferred this if he really had been an amazing sorcerer or something – as it is dude becomes king, gets betrothed to a Princess, and is generally treated like a genius for possessing the barest modicum of common sense and financial planning ability. Machiavelli this guy ain’t, despite his hilariously unsubtle choice of reading material. As far as isekai shows go this thing seems fairly harmless compared to, say, the war crime level atrocities of something like Jobless Reincarnation, but that mostly translates into it being dull and uninvolving. Fodder for the mill and nothing more.

2 thoughts on “First Look: How a Realist Hero Rebuilt the Kingdom”