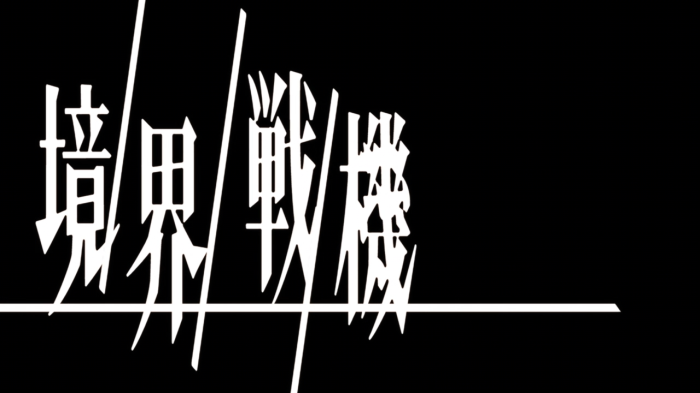 In the year 2061, Japan has been divided into four protectorate territories managed and controlled by foreign nations in the name of preserving and aiding in Japan’s protection. In reality, the Japanese people are oppressed by the occupying forces and their remote piloted mecha drones, known as AMAIMs. Amou Shiba, a local scavenger and tinkerer, discovers an abandoned AI asking for his help. Together they pilot Kenbu, a robot Amou has been putting together in his spare time, and begin their fight to take back Japan. Gee’s verdict: On the THINNEST Ice

As the first Sunrise anime original mecha in years, the mecha fan in me has a lot to like about Kyoukai Senki from the outset. AMAIMs might be an incredibly stupid name for your giant robots, but their designs are some of the coolest I’ve seen come out of real robot anime in a bit. The folding gimmick, smaller size, and more grounded design aesthetic in general are all things I tend to gravitate towards. Unfortunately, those designs are standing on the most potentially disastrous mecha anime premise of them all; Glorious Nippon must rise up and oust its invaders. I have nothing against underdog stories, in fact I tend to prefer them, but Japan has an awful track record when it comes to its more nationalistic minded works of fiction. Nuance tends to go out the window as foreigners (usually Americans and Chinese) are portrayed as sneering sadistic caricatures whose only motivation is to inflict as much suffering as possible on the noble downtrodden Japanese.

As maligned as its conclusion is, Code Geass actually managed to write a pretty graceful version of this trope by portraying Lelouch as a pragmatic schemer, happy to exploit Japan’s insurgency against Britannia as a convenient catalyst for his own personal vendetta. And that show is a famous trainwreck! That anime literally kickstarted the idea of the Sunrise anime original mecha being a pejorative rather than something to be respected and anticipated! And it still did a surprisingly okay job of portraying some degree of nuance in its conflict. I worry that Kyoukai Senki won’t have either the narrative chops to tell a multilayered story about rebellion, nor the audacity to go over the top with it, leaving us with something milquetoast and frustrating. Now, none of this has actually reared its head in the show itself, but I feel I have to speak to this because at its core, mecha is one of the most political genres of fiction in anime. Its fundamental premise is about warfare, which in many regards, is the final expression of politics. This has been true since the day Mobile Suit Gundam was written based on Yoshiyuki Tomino’s own relation with postwar Japan and his feelings about its role in World War 2. How you write a war, how you portray its belligerents, and how you frame the conflict, can speak volumes to the message being communicated and give much insight into the beliefs of its writer. An anime about how an oppressed Japan must overthrow its foreign invaders by violent means does not exist in a vacuum when it is written in a time period in which Japan grows increasingly militant and actively discusses its rearmament policy.

Is this to say that by episode 6, the cute AI buddy is going to look directly at the viewer and talk about how comfort women were paid fairly for their services to the IJA and that the Rape of Nanking never happened? Probably not. Is this premise merely just an excuse to have cool robots fight so that Bandai can sell you more toys? Maybe, after all, this show is being written by the guy who wrote Gundam Build Divers’ first season. But am I justified in having some degree of skepticism, based on my own personal experience with anime of this premise? Absolutely. 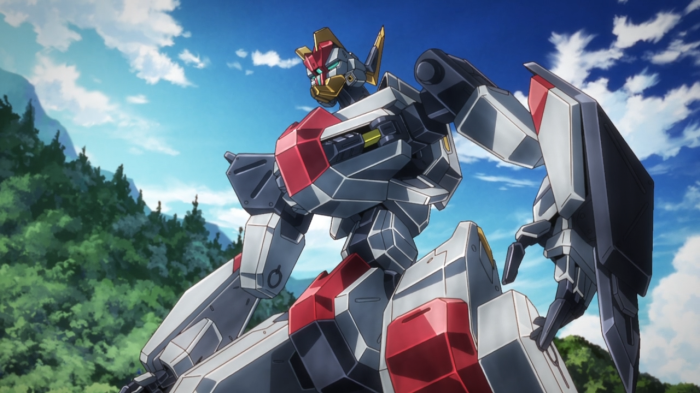 When you’re making the setting Code Geass look well-considered by comparison, you know something’s gone off. Kyoukai Senki relies on the base conceit that Japan was effectively colonized by multiple foreign powers for unexplained reasons, purely to give the plucky-yet-disaffected protagonist some sneering baddies to fight in the name of, uh… nationalism, I guess? The robots are cool enough (well, they’re 2D at least), but the character designs and especially the wacky Digimon-esque mascot AIs are totally at odds with the political stakes of the plot. Low expectations for this one, and I’m already gearing up for it to say something really unconscionable. Fall season’s off to a start, folks.