Eliana Bernstein has always preferred books to beautiful dresses or expensive jewelry, to the point where people refer to her as the “Bibliophile Princess”. However, as a noblewoman of marrying age, it is her duty to find a husband. Luckily, Crown Prince Christopher Selkirk Asherald proposes an arrangement: if Eliana will be his fiancée in name only, she can avoid any further matchmaking efforts and, more importantly, be granted access to the royal archives, where she can read every day to her heart’s content. However, as the years pass, Eliana comes to discover that she is not as emotionally detached from Christopher as she assumed… 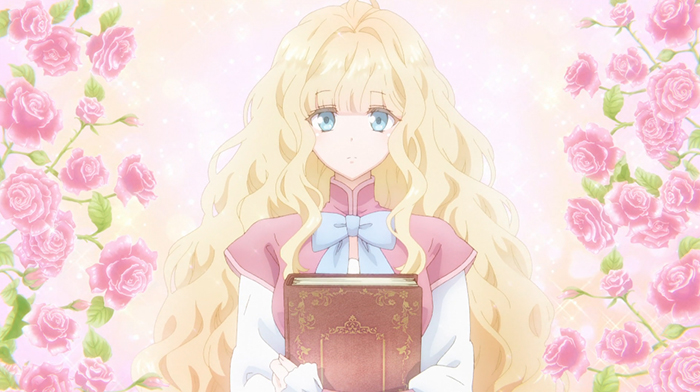 It pains me slightly to say this because I did genuinely want Bibliophile Princess to be good, but it’s truly so generic that it’s almost as though the creators were going out of their way to make it so. Every single character has a cardboard cut-out appearance and a personality to match, to the point where I was actually laughing in a few places. None of this is helped by the fact that the pacing is incredibly slow. I don’t even know how the creators pulled that off because there was a 4-year time skip right after the beginning of the episode, but somehow or other, everything still managed to drag – I quite literally breathed a sigh of relief when I saw the credits finally start to roll.

I say this as someone who typically gravitates toward female-led alternative-world historical/fantasy settings, whether or not romance is part of the central plot: this is tedious as hell. Do yourself a favor and watch something even slightly less generic this season. Bibliophile Princess is not offensive in any way, but it’s a snooze-fest in every way.