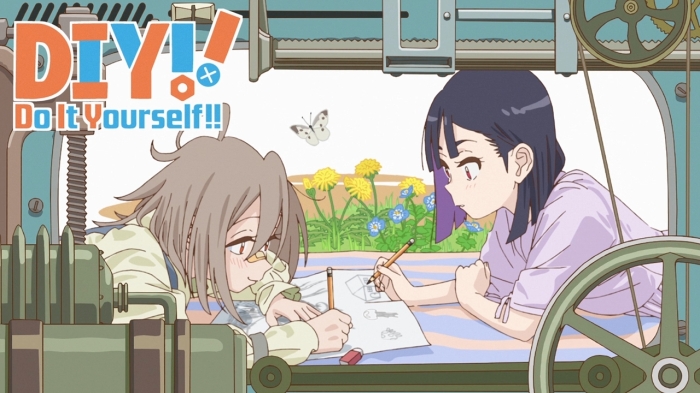 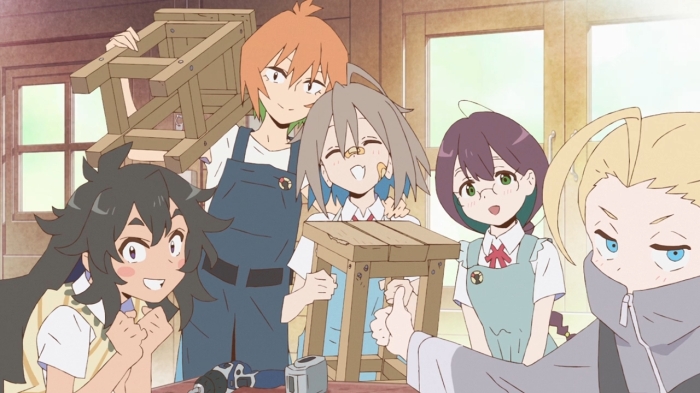 It’s almost a crime how nice DIY!! looks. The characters designs, animation, and backgrounds are all quite charming, as befitting of the team supposedly working on it, including the rumors of Mitsuo Iso’s involvement. Reminiscent of Dennou Coil and Eizouken, there’s an unbelievably charming look to the show that effortlessly blends cartoony looseness and naturalistic direction into something that feels very pleasant to watch. It kind of makes it a shame that the show itself has so little actual substance. It’s your most by the numbers setup. A recently enrolled high school girl finds direction and camaraderie in a newfound craft she never even knew existed. The main gimmick this time around seems to be the emphasis on the traditional craftsmanship associated with DIY projects, like tinkering on bikes or amateur carpentry. As someone who enjoys hobbies like gunpla which require you to work with your hands, there’s an undeniable appeal to the premise. I just wish this show had a little bit more to it. 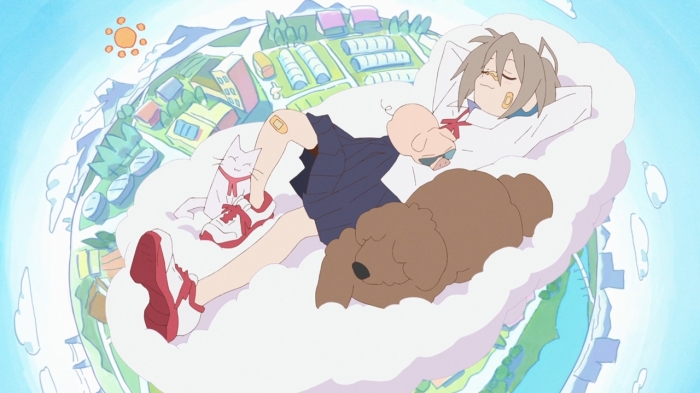 Serufu is charmingly good natured and scatterbrained but there isn’t that much else to her character beyond a desire to reconnect with her childhood friend Miku, which ends up being the catalyst for her joining the DIY club. Rei, the obligatory old hand of the club is similarly sort of by the numbers. She clearly loves working with her hands and is passionate about her craft, but beyond being the cool senpai, I’m not sure what else she has going. Obviously more members of the club are going to join in due time, I guess it remains to be seen if the dynamic gets more interesting as the cast expands. 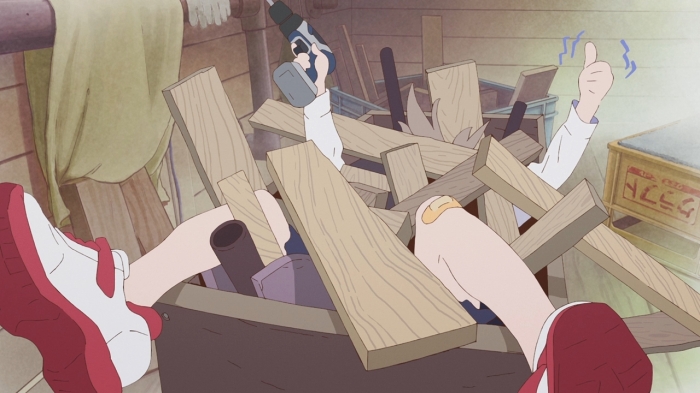 DIY!! is an immaculate production from a technical and artistic standpoint but finds itself in a tough spot in such a competitive season. You have all the high profile standouts that are sure to take up the lion’s share of the attention. In spite of all that, DIY!! carves out its niche as the most laid back anime of Fall 2022, which isn’t the worst place to be. Is it enough to draw your eyes away from everything else this season? Probably not, but if you find the sheer spectacle of every other anime to be a little overwhelming, DIY!! is a fine nightcap after all the chainsaws, giant robots, and superpowered teens.

One thought on “First Look: Do It Yourself!!”