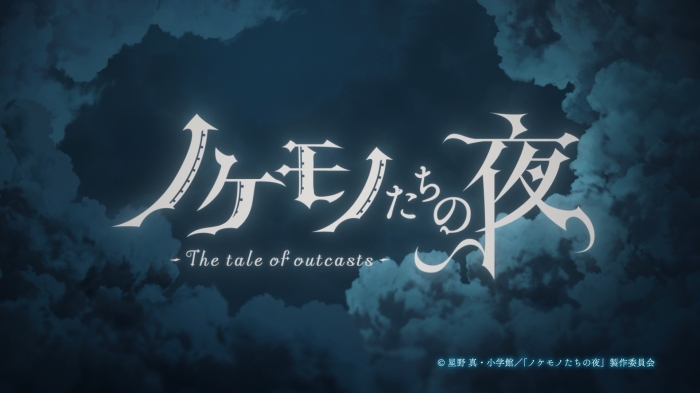 Wisteria is a young girl that is forced to beg on the streets to pay the slave trader that feeds her. Her only comfort in life is Marbas, a large demon only she can see, who recounts stories from his past to her while she sleeps. After learning that Wisteria has been sold to a man that tortures children, Marbas storms off to save her.

Euri’s verdict: You can tell it’s London because you can see Elizabeth Tower from every direction

Japan sure does enjoy supernatural Victorian England as a setting, huh? This isn’t a complaint mind you, but it is interesting that we keep seeing it crop up. The tale of outcasts is another such story, with horse-drawn carriages, class-based inequality and demons on the streets of London, unbeknownst to the locals. The giveaway that it’s set in the Victorian era is that some people have fancy hats.

Wisteria, our young protagonist, is an orphan that was forced away from her brother to beg on the streets of London. A slave trader that pretends to be a Father (in the religious sense) beats her regularly, takes her money and feeds her rotten food. She was also shunned by other kids her age because she can see things they can’t, and while she used to curse having eyes that could see demons, it becomes her only comfort in her extremely shitty situation when she meets Marbas. 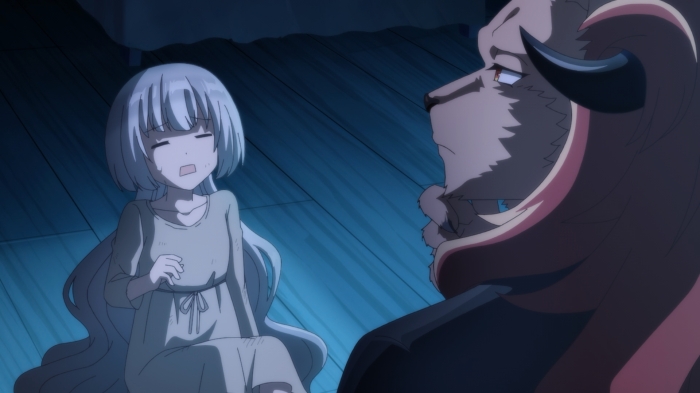 Marbas is largely indifferent to her situation, at least on the surface, but does make it clear that as a demon he can’t help her without taking a contract with her, else the act of helping a human will literally kill him. Wisteria also doesn’t have anything of value to offer, though Marbas does appear content to show his face to chat with her when she’s not begging.

The tale of outcasts is not content to leave Wisteria’s suffering at that though, as she finds herself sold to a wealthy nobleman. While Marbas is okay with this development, he soon learns that the man has a bit of a thing for torturing children. The man, who has a hook for a hand because he’s evil, literally walks his new ‘daughter’ into a room full of torture equipment. To cut right to the point, Marbas rescues her by storming over there and fucking the guy up, but is saved from death when Wisteria insists on a contract which takes away her sight. 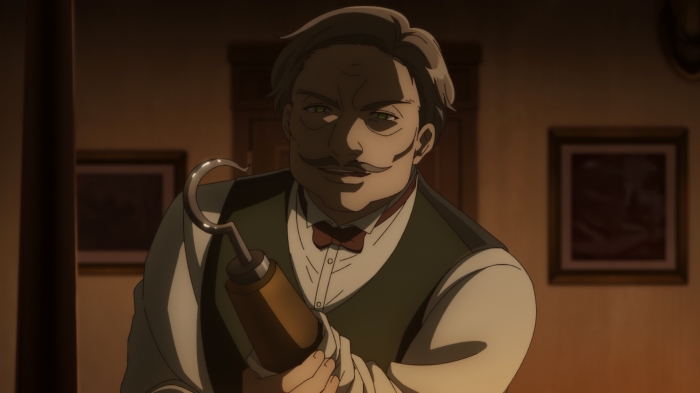 I mention all of this because watching twenty minutes of a child in distress is very much not my idea of a good time. To be fair, this does appear to be setting up the grand adventures of Wisteria and her furry demon friend, but nonetheless the episode really didn’t sell me on the idea of wanting to watch more. Also, while the scene where Wisteria’s brother shoots a giant lizard in the head with a pistol was hilarious, it indicates along with the opening sequence that there are going to be some shounen elements to the story going forward. Maybe that’s to your liking, but this is where I’ll be bowing out.