Recap: Jojo and Wham conclude their duel, allowing Cars and Lisa Lisa to begin theirs.

Gee’s Thoughts:
And so, with this episode, we witness the climactic finale to Joseph’s duel with Wham, and the beginning of the fight against Cars. I truly feel this episode is a perfect representation of everything that is Jojo. It has an insane fight, over-the-top villains who gladly revel in their evil, manly tears, deus ex machina, and fabulous posing and gesturing. This is the episode that manages to capture a little of everything that is the Jojo spirit. While I will never forgive Wham for killing Caesar, his end was a good one and in an anime filled with asshole villains, it’s refreshing to see one go out with pride and dignity, even if he has to launch his own disembodied head from a crossbow to do it. 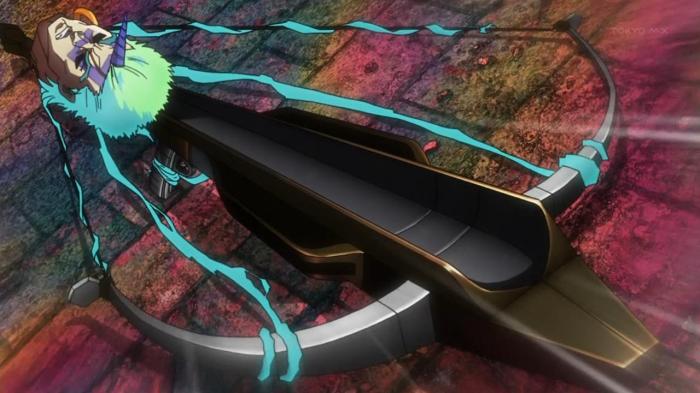 The second half of this episode focuses on Lisa Lisa’s duel with Cars. If it wasn’t immediately obvious that Lisa Lisa was going to lose, allowing Joseph to fight Cars instead, then you probably haven’t watched enough Shonen. Their duel is quick and anticlimactic, ending with Lisa Lisa getting backstabbed by the devilishly vampiric Cars. If any villain from Part 2 resembles Dio in their arrogance and backhandedness, it’s Cars and he brings back the asshole vampire archetype with a vengeance. Unconcerned with foolish notions of honor and dignity, Cars is quite willing to rely on dastardly tricks to bring down Joseph. I suppose it’s fitting though. Joseph himself has won the majority of his fights through calculated trickery and bluffs, it’s no surprise that his final opponent would be similar.

Just as things are looking grim for our hero though, we’re treated with a rousing deus ex machina in the form of the rebuilt and even more powerful Stroheim and his wacky Nazi goons. In addition, even Speedwagon and Smokey show up, though for reasons I have yet to understand. Speedwagon is Speedwagon, he’ll be a bro to the Joestars till the bitter end so I can understand his desire to come along, but I can’t exactly understand what Smokey is going to do here other than be a secondary Speedwagon. Throw in Cars playing with Lisa Lisa’s legs as if though they were a musical instrument, and you have a very bizarre episode of Jojo.

With Lisa Lisa mortally wounded, Joseph struggling in his fight with Cars, and the Nazis thrown into the mix, the stage has been set for the exciting conclusion to Part 2 of Jojo’s Bizarre Adventure.

Zigg’s Thoughts:
Simply the best episode of JoJo to date. This one had it all, marrying the silly humour and over the top earnestness that the show trades in exceptionally well. For the first time in a while it felt like neither element undermined the other, instead mixing together to form an epic, exciting but still pulpy and goofy adventure.

I am glad that Wham’s duel with JoJo is resolved relatively quickly, since we’d already arguably spent a little too long on it. His death scene begins spectacularly (and contains a rare use of actual science in the JoJo universe) and while his honour-and-respect speech is pretty much a shonen cliche, it’s also a well written and sensitively handled example, and it does succeed in its aim of making us sympathise a little with the Pillar Man. I’d probably make the argument that this scene also was dragged out a bit if it weren’t for the utterly hilarious segment where Wham fires his head at the vampires, proving that even in a scene that’s meant to be poignant JoJo can’t help but play the fool.

Meanwhile, the back half of the episode proves to be just as strong as the opener, thanks mostly to Cars’ dastardly scheming (and his incredible hair!). I must confess I was totally taken in by his seemingly respectful intent, so his subsequent betrayal and revelation that he cares nothing for the rules of battle were an unexpected swerve for me. It’s very effective, after the almost anti-heroic Wham, to set Cars up as a totally dastardly down and dirty villain, and his subsequent torture of Lisa Lisa and taunting of JoJo elevates him to practically Bond villain levels of smug, which is exactly where he needs to be. 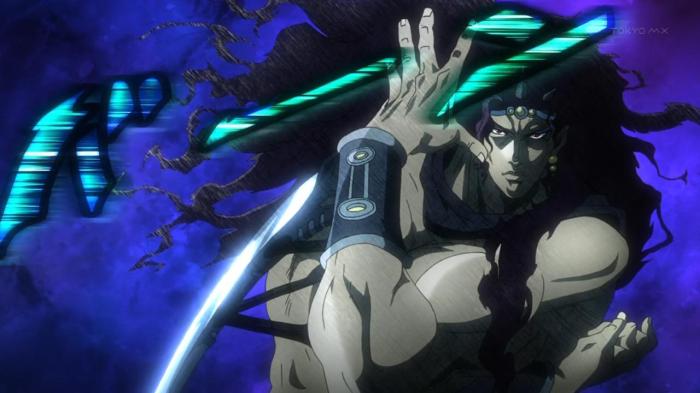 There’s also Stroheim and Speedwagon coming in at the last second to rescue JoJo, a fantastic, punch-the-air moment of triumph and a good redemption for two lesser characters. I must confess I’m still a little uneasy with the idea of a crazy Nazi being ostensibly on the side of the angels, but the sight of soldiers with giant floodlights strapped to their back is so endearingly silly that I’ll let them get away with. The only questionable point here is the presence of Smokey, who was utterly superfluous before and looks to be heading for it again. 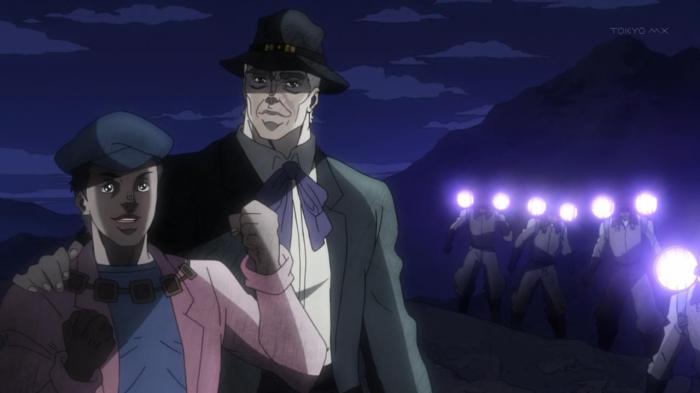 Going forward it certainly looks like Lisa Lisa is done for, though that was pretty predictable. If I had to guess I’d say she’ll probably pull a Zeppeli and transfer all her power to JoJo, giving him enough strength to overcome Cars. Regardless, the stage has been set for a truly epic finale, and I’m very pumped to see JoJo finally face down Cars and dispatch the bastard for good. 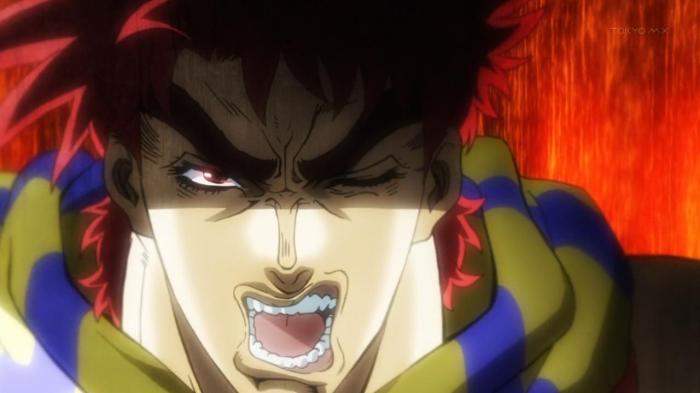