Recap: Ecarlate’s Group and Icognito join forces for the final battle. Will Kon be able to defeat Forezo, settle his score with Erec, AND lose his DT all in one episode?

Jel’s Thoughts: Everything about this episode was pretty much perfect, from the stupid and obvious way Kon defeats Forezo, to the magic floating balls, to Kon’s surprisingly emotional return home. I was both in shock and laughing hysterically when the balls transfer between Marian and Erec went down, and crying Ecarlate is EASILY the saddest thing I have ever seen in my time blogging anime. It was just the right kind of stupidity we’ve had all series, and while I was sad to see Kon go it feels like just the right time to wrap things up. 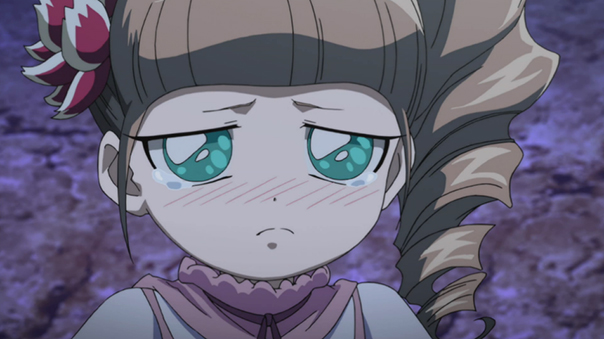 The only bit that was kind of flat was Kon striking out with Alma, which really just ended up being brushed aside as an afterthought. I mean we all knew he wasn’t gettin’ any, but considering that was his main motivation throughout the series I would have liked to see a more elaborate way of shutting him down. Even that was made up for though by the fake Ixion Saga DT Second preview of ten years in the future. It was a perfect way to end the episode, and really the entire series.

Jel: As an adaptation of a dreadfully boring looking online game, I would have never even touched Ixion Saga DT if I hadn’t seen Brains Base’s previous game adaptation, the wonderfully diverse Sengoku Collection. I’m glad I did because it becomes quickly apparent Capcom gave the studio similar amounts of creative freedom with Ixion, either that or no one at the company has actually seen the anime. 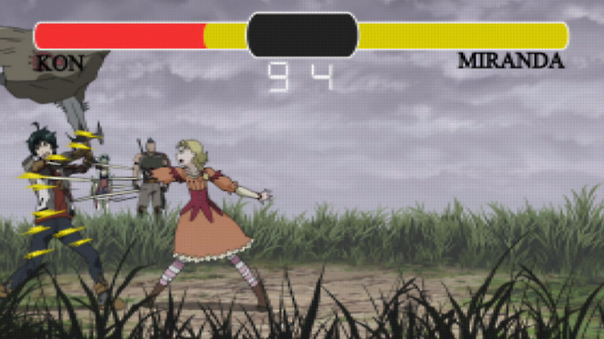 I say that because if any one at Capcom did watch this, they would immediately call their lawyers. Ixion the anime seems to have nothing to do with Ixion the game. Instead it’s a playful but deceptively intelligent swipe at online games and the fantasy genre in general. Essentially it sticks up two middle fingers at the source material, and I love it.

Granted by “deceptively intelligent” I mean ridiculously juvenille, but in this case it works out perfectly. Any idiot can write in stupid tricks like kicking someone in the balls, but it takes real genius to get as much mileage out of it as Ixion does. In fact our hero Kon’s “sophism”, as it’s called later on, is his main weapon. The series also tosses in just the right amount of parody into the mix, picking the right spots to make specific references or just make fun of certain general tropes in the genre. I could sit here all day recalling my favorite jokes, but really you should just go watch for yourself. 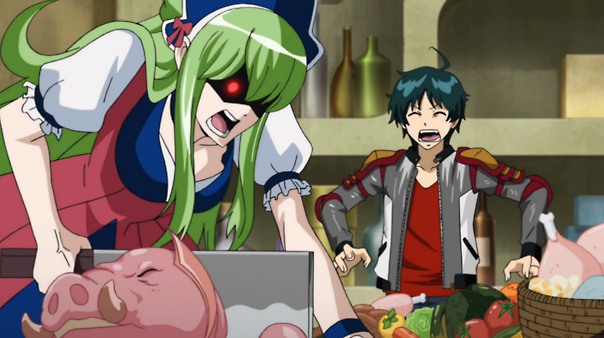 Adding to the fun is the silly cast of characters that are all kind of one dimensional, but Ixion makes up for the quality with quantity. Each one of Kon’s companions and adversaries has their own little quirk for the writers to dip in and pull out something hilarious when necessary. Kon’s loser persona often makes him the butt of the joke but he also plays a great straight man, whether it’s to the playfully transgender Mariandale, the more than meets the eye meathead Sainglain, or any of the Incognito member’s vices. The noble and proud Erec (or the amazingly nicknamed ED as he’s best known) makes the perfect foil for Kon’s anything goes survival tactics, and despite being the “villain” he’s easily the most sympathetic cast member. You can’t help but cheer along with the ending songs’ cries of “LET’S GO ED!” and “STAND UP ED!” at the end of each episode. 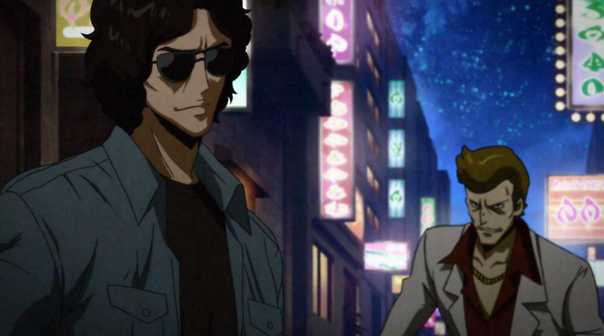 Admittedly over the course of 25 episodes, not every idea Ixion has pans out. Some episodes can really drag, taking one joke and beating it to death or meandering around without accomplishing much. But even when Ixion does fall flat, you can always feel an energy and creative freedom from the staff that makes you think they had a blast making this, and that definitely rubs off on the audience. Probably the best example is episode 22, in which they tell a police detective story that has absolutely nothing do with ANYTHING, and is just completely ignored the next episode. You can tell it’s only there because the writers wanted to write a police story, and yet it’s impossible to be mad about it because they totally commit and own up to it. Maybe it’s just me, but I find that kind of enthusiasm infectious.

It’s probably that joy that really makes Ixion something unique. By following their own instincts, Brains Base has delivered a crass, ridiculous and, most importantly, hilarious comedy that even the most cynical anime or Japanese gaming fan could love. While I’d also love to see more critically acclaimed work like Durarara! or Penguindrum, I’d really enjoy more of this kind of show as well. 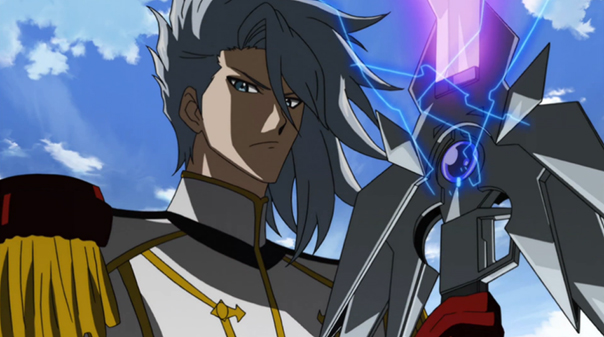 Lifesong: Ixion takes the storytelling rule book and burns it, something that I would normally hate. I’m not a big fan of comedy for it’s own sake, but Ixion bears it’s fangs at generic fantasy with such passion that I couldn’t help being amused by it. Random events are so random it makes the head spin, we even have one episode that takes place in the modern age and is then abruptly ignored in the next episode. Ixion takes the common mistakes that fantasy stories all too often make and runs into them head first… on purpose!

Now that Ixion is done I have mixed feelings about it. Parts of it were honestly a drag, but others were hilariously brilliant. I think the biggest reason I appreciate Ixion is it’s unpredictability. There is one major advantage gained throwing out the rule book like this. It may be the most ridiculous thing I have ever watched, but that is also where it finds it charm.

I’ve often thought that any good story is forced to carry predictable elements. Someone who spends enough time on fiction can almost always predict where a well written story is going and how things will take place. Ixion’s core story is probably not that different. That said, everything else is something that can only be described as well written chaos and mayhem. I can honestly say that Ixion Saga managed to be the most unpredictable thing I’ve experienced in years and I enjoyed it for that reason.

One thought on “Ixion Saga DT Episode 25 and Final Impressions”