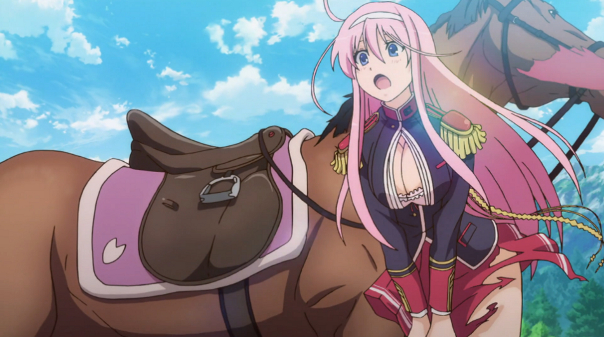 Premise: In a world where jousting is an important sport, a young woman offends a knight and is challenged to a duel. Her childhood friend must show her the ropes.

Lifesong’s Verdict: I Would Rather Read The Original

As much as I enjoy reading visual novels, the adaptations are often a boring mess. With only 12 episodes to prove itself, this one isn’t off to a good start. This is an adaptation of a visual novel I’ve wanted to read, but can’t for obvious reasons. I would still like to read that visual novel, but as of episode one I am not enjoying this adaptation.