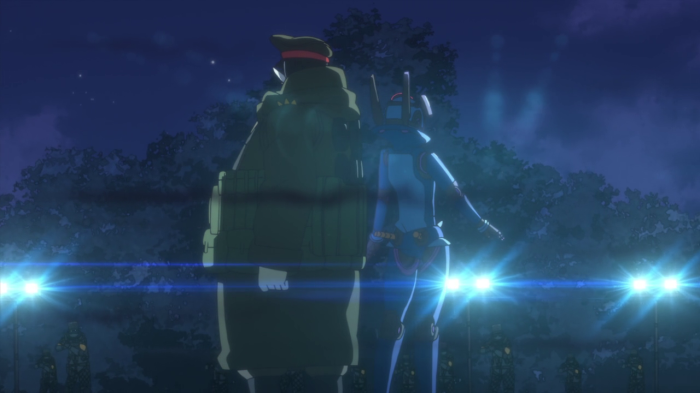 Turns out there was a giant civil war this entire time and West Udogawa had been the only neutral region thanks to Zvezda’s efforts. However, now that Tokyo’s governor (also Asuta’s father) has brought his special forces to the battlefield, Kate and her followers are easily beaten and forced on the run. With things looking grim, Asuta strengthens his convictions…sort of.

As episode 9 revealed, West Udogawa has been invaded by the Tokyo military. Yes, I realize how nonsensical that sounds, but thanks to a fast and oddly convenient recap from Asuta, it turns out there’s been a giant civil war going on in Japan as Tokyo suddenly decides to wage a Nobunaga-esque war of conquest on the rest of Japan, quickly taking over 90% of it. It’s this kind of narrative inconsistency that really gets to me, especially when I watching Log Horizon and Kill la Kill, two shows with immensely rock solid narrative consistency. Sure, KLK is crazy, but ostensibly so is Zvezda. Being a spontaneous show does not invalidate its ability to evenly pace itself and tell a consistent story with a clear point. I think it says something when I’m 11 episodes into a show and I still don’t really understand the message it’s trying to tell. And yes, every decent piece of fiction should be able to effectively communicate its intent to the viewers. Throw in some confusing subplots related to the characters’ backstories and relationships and you have a plot that has no clue where it’s trying to go. 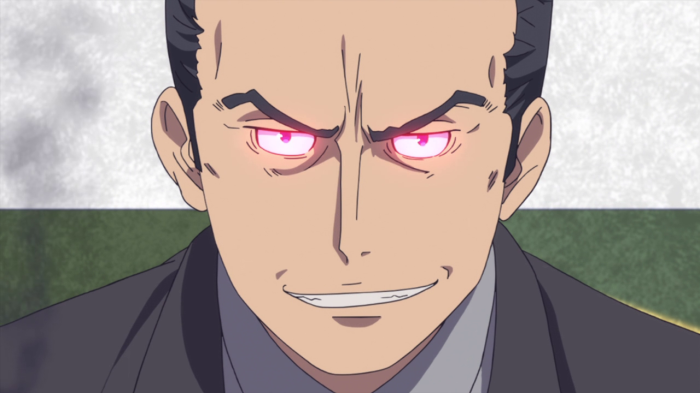 It doesn’t help that Asuta, ostensibly our main character, still doesn’t really seem to have a place in the story. He makes a big speech in episode 11 about how he has no clue what lies in his future, how that is somehow okay, and he’s going to keep living his life that way. It’s such a wishy washy speech that I’m not even sure what was the point of making such a declaration. Compared to his dad, who is supposedly the villain, it’s kind of laughable really. And let me tell you, I’m probably taking the wrong message from this show, but Asuta’s dad is a fucking alpha male. This is a guy who knows what he wants, and will do anything to get it, consequences be damned. Those are qualities I can respect, even if the man himself is pretty sleazy. I suppose it’s a reflection of Japanese cultural values. When you have a culture that values subservience and timidity, strong men are the villains of the world.

That said, Zvezda continues to look great. Its strong art direction, even in the face of its loli-pandering and questionable attire choices, go a long way to making the show merely uninteresting rather than straight up terrible. With what appears to be 1 or 2 episodes left, it’ll be interesting to see what kind of conclusion and message Zvezda will try to show its viewers.